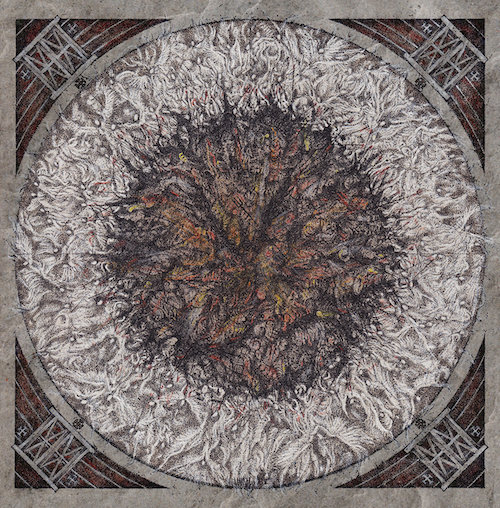 After releasing an album, an EP, and a split under the name Aetherium Mors, the UK duo of multi-instrumentalist Dan Couch and vocalist/lyricist Kane Nelson changed their name to Itheist, a word that figured in a song on their last Aetherium Mors release, a word found in The Satanic Scriptures by Peter H Gilmore (and spelled there as I-theist). The name fits the philosophical underpinnings of their new self-titled album, which (as Dan Couch explains) “focused on forging one’s own reality through the Satanic virtue of discipline and creating an environment that cultivates the causal advancement of personal greatness and power”.

In keeping with the lyrical concepts, the album itself is dramatically powerful, with songs that are are rampantly dynamic, often electrifying, frequently disorienting, and almost always fearsome. They harness elements of classic bands such as Death, Carcass, and Dissection, together with more experimental bands such as Akercocke, Ulcerate, and Gorguts, and the results are riveting — as you will discover through our full stream of the album in advance of its summer-solstice release on June 21st. 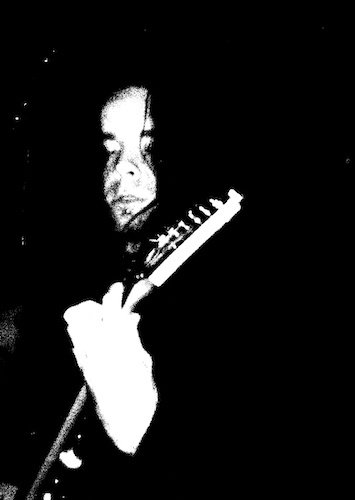 The transformations in the music are unceasing. The songs range from slow, gloomy, crushing, and oppressive — like the blood-freezing approach of a terrible eminence — to reckless and ravaging, or boiling like a cauldron of blood and pestilence. There are signs of malignant grandeur, trappings of uncompromising devotion, and the sounds of savage mayhem.

Like dynamic movement and ever-changing styles, dissonance is another dominant quality in the song-craft. The riffing queasily vibrates like the spread of disease through defenseless flesh, moans in abject misery, and radiates mesmerizing paranormal light. The leads range from skittering, insectile fevers to slow-acting, alluring toxins and swirling streamers of mystifying brightness. At times, otherworldly melodic reverberations ring like the chiming of strings made of mist.

The solos are equally variable (and always attention-grabbing), providing freakish, twisted fireworks displays and exotic, fluidly slithering serpents, as well as gloriously soulful, almost bluesy laments (my own favorite rears its alluring countenance in “Belial Unbound”, which like many of the songs also features a prominent and beguiling bass performance. 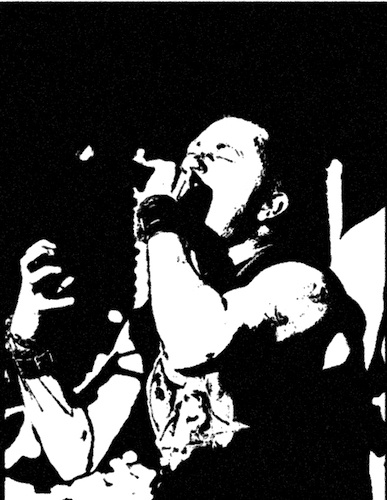 To match all these changing and emotionally intense instrumental compositions, Kane Nelson delivers and array of imperious roars, poisonous, jagged-edge growls, blood-lusting snarls, and acid-drenched shrieking — with an emphasis on emphatic enunciation — and there are even a few glorious choral voices in the mix.

The music pulsates like ichor in black veins, flies like lusting hellhounds loosed from their chains, and stalks in solemn processionals that strike fear in the reptile part of the brain. There are also feelings of inconsolable misery, delirious desolation, and solemn reverence, particularly in “Horned One”, the remarkable, ever-evolving centerpiece of the album (and one of its highlights), whose forlorn piano instrumental sets the stage from the first seconds.

Itheist is one of those well-conceived and well-executed records that leaves a sense of eagerness from one song to the next, wondering what’s about to come, and as a result it doesn’t lose its tight hold on attention — or its feeling of utter conviction — at any point.

Itheist tracked the album at Dan Couch‘s own private studio. Mixing and mastering was handled by Damian Herring (owner of Subterranean Watchtower Studios and vocalist/guitarist of US death metal band Horrendous), who has worked with the likes of Blood Incantation, Moss Upon the Skull, and Ellorsith.

One Response to “AN NCS ALBUM PREMIERE (AND A REVIEW): ITHEIST — “ITHEIST””