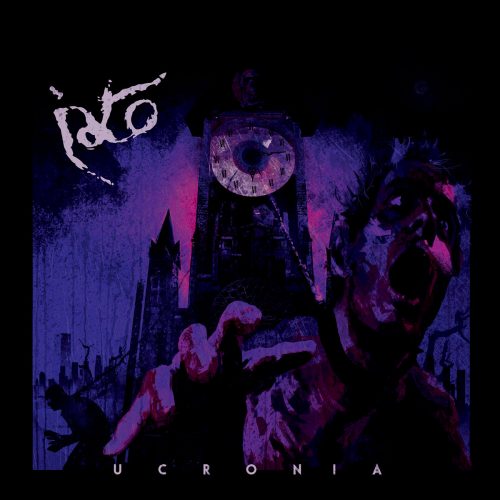 Rising from the ashes of a hardcore punk band, the death-metal/grindcore band Iato first came together in 2011 in the town of Quartu Sant’Elena on the Italian island of Sardinia. Now consisting of drummer Lorenzo Balia, bassist Andrea Manis, lead guitarist and backing vocalist Federico Pisano and vocalist/guitarist Francesco Nano, Iato have released a pair of EPs, and are now on the verge of seeing the release of their debut album Ucronia via GrimmDistribution (Ukraine) and The Triad Rec (Italy-Malta).

The release date of June 19th is only two days away, and so you won’t have to wait long to hear the entire album, but to whet your appetites for it we’re presenting a new track today named “Soggetto Alienato“. 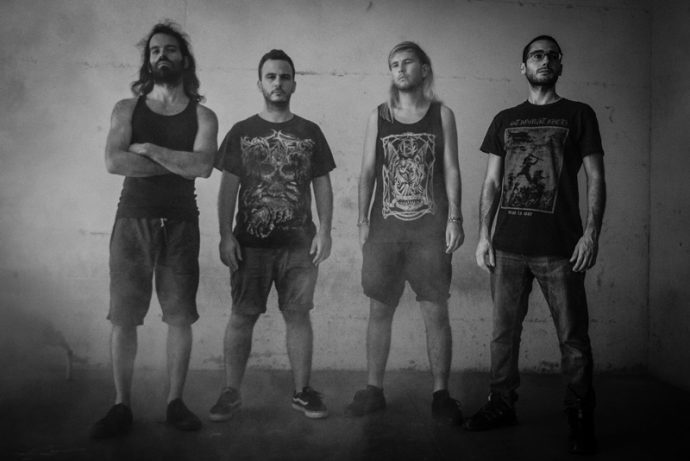 While alienato means “alienated”, there is also an alien quality to the song. To be sure, it is powerful in a physically arresting way, thanks to frantically thundering and mercilessly skull-splitting drum work, and the racing pace adds to the blood-pumping effect of the track. But there is also an eerie, insectile quality to the flurry of jittery, darting riffs and seething leads that fly about all the rhythmic destructiveness.

It’s also a brutal track, thanks in part to the vocalists’ gruesome roars and skin-splitting shrieks and also to a particularly riveting sequence of rapidly jabbing guitar work (laced with demented blurting tones), which follows a fret-melting, mind-bending solo.

All together, it makes for an effective blend of visceral ferocity and neuron-twisting lunacy.

Ucronia is recommended for fans of Misery Index, Origin, Dying Fetus, Nile, and Assück. It will be released by GrimmDistribution and The Triad Rec in a 500-copy CD edition with an 8-page booklet. Below you can enjoy our premiere, and the music of a previously released track, “Uomo Ingranaggio”.