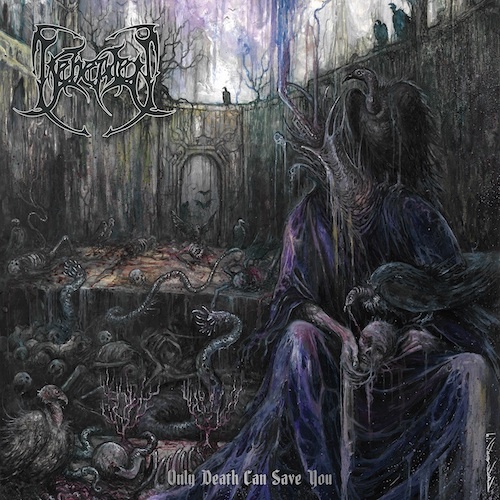 (This is Vonlughlio’s review of the new album by the Maltese death metal band Beheaded, which features cover art by Daniel Corcuero (Nekronikon). It was released by Agonia Records on June 14th.)

It’s been a while since I’ve done one of these small write-ups here in NCS, due to life (family and job), but I always follow the amazing posts from the writers and Mr. Islander, to whom I am forever grateful for letting me contribute my year-end list and these reviews.

This time around I’m writing about Beheaded from Malta. I’ve been a fan for quite some time now — for around 17 years. As I write this they are about to release their sixth album Only Death Can Save You through Agonia Records. 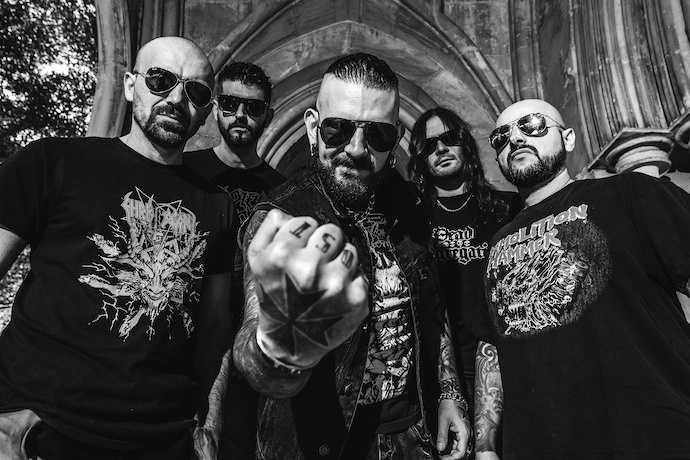 Starting as a Brutal Death  Metal band, their first three releases for me are just pure classics for the genre, and of those their sophomore effort Recounts of Disembodiment is my favorite. After 2005 changes came in the lineup, and so their music changed as well, shifting more towards more death metal. For me, that was evident in their 2012 album Never to Dawn.

Sure, there were still BDM elements in their songs, but not as much as in that album’s predecessors. I had mix feeling about the release, not that it was bad, just different from what I expected. The vocal style was the most notable change, leaving the BDM style, though to be honest I did not have an issue with that.

More lineup changes ensued as Mr. Brigo on guitars (Blasphemer) and Mr. Billia on drums (Antropofagus, Hour of Penance, Pit of Toxic Slime, Repulsive Dissection, Septycal Gorge, Xenomorphic Contamination) became part of the project, and that got me pumped up and excited to see what the future would bring. With this lineup they released 2017’s Beast Incarnate, and that album was filled with amazing riffs which kept the listener at full attention for every second. I loved the songs, and the overall production worked perfectly in letting each instrument flow naturally.

This album picks up from that previous release with a more organic production that gives each instrument a life of its own, bringing them powerfully together in these 9 chapters. The riffs are just cutting and become more addictive with each listen, and their diversity is also very impressive. Along with song structures that are well-crafted, you can hear death/thrash influences channeled with taste. The drums and bass form a potent duo, vital to sound and creating having moments of greatness all their own. Meanwhile the vocals are angry and remorselessly hateful — very fitting for the music.

With this release, the band furthermore embrace the changes in musical direction they took years ago, which some might not like, and others will, such as everything in life. For me, I will always go back to their early material if I’m feeling nostalgic, since their second album has such a special place in my filthy heart. But I must say that this album is far better than their two previous ones, and felt that Death saved me with this release.

So give this new release a chance. I hope you like it too, because this band deserves even more recognition than they’ve already received.