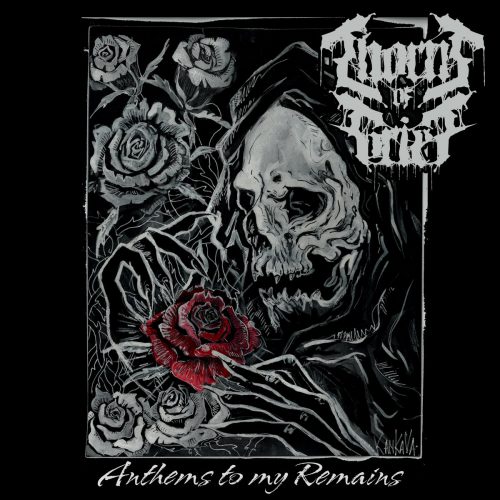 As I write this article I am in Iceland at a music festival, experiencing the strange effects of daylight throughout the waking hours, even at 2:30 a.m., when I finally fell into an exhausted slumber earlier this morning.

Iceland is just a few degrees south of the Arctic Circle, that imaginary line around the Earth that marks the latitude above which the sun does not set on the summer solstice and does not rise on the winter solstice. The summer solstice arrives on June 21st, one week from today.

The rhythms of the body rebel at so much light, but there is at least a temporary remedy for the disorientation, a balance to be found as the mind is seduced into deepest darkness through the sound of “Illusions“, the song from the debut album by Thorns of Grief that’s been devouring the light around me this morning. 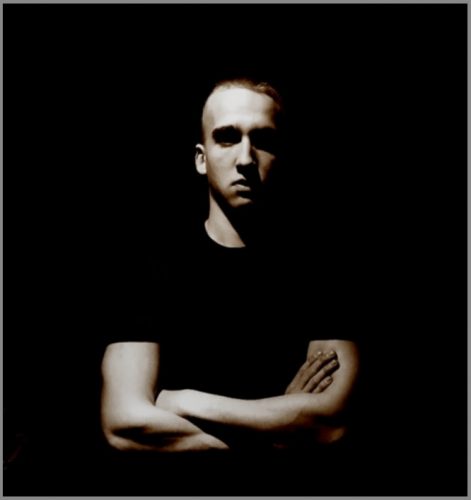 The song by this Polish one-man project sounds as if it was recorded in a sodden crypt deep below the world of verdant life and shining skies. Combining the pacing, the weight, and the haunting beauty of funeral doom with the ravages of death metal vocals, “Illusions” is at once haunting and harrowing, hypnotic and fearsome.

The hypnosis begins with minutes of slow, spooky notes softly echoing over a distant droning hum. When the volume increases, the deeper tones become an ominous presence, abrasive chords strike and linger, the drums eject bursts of battering, the voice emits ghastly growls and howls. The gruesome guitar emanations become more animated — moaning and wailing. Notes ring out in ghostly splendor as the guitar generates an immersive cloud of writhing abrasion.

The volume diminishes into a glacial, morbid melody, making a brief space for hopeless spoken words — only a brief respite until the drumming shifts into a titanic lurch, the guitar hammering a cold and murderous refrain. Those gleaming ghostly tones ring out again above the distorted, crushing weight of what surrounds them.

When it all ends, it’s as if a spell has been broken… the dank darkness begins to recede, the vaporous spirits begin to vanish… the ceaseless daylight becomes noticeable again… but it’s easy enough to close the eyes, press play again, and plunge the soul into chilling depths once more.

“Illusions” is one of five songs on Anthems To My Remains, which will be jointly released on June 15th (tomorrow!) by Satanath Records (Russia) and Dying Sun Records (Netherlands). The memorable cover art is by Mary Kankava, nd the logo by Spiral Occultism. The album is recommended for fans of Evoken, Esoteric, Ahab, and Disembowelment.

Below you’ll find the song we’re premiering as well as a previously released track that shares the band’s name.