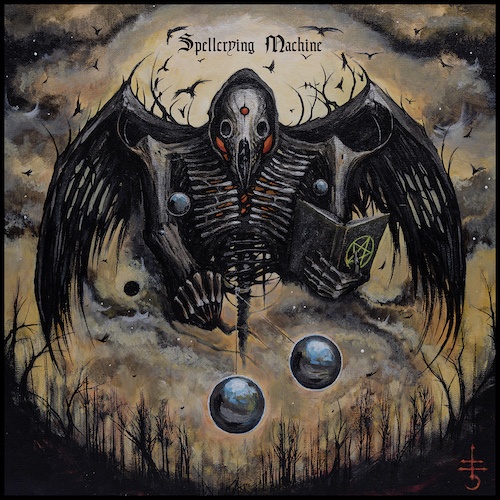 Essence of Datum‘s success in surmounting the challenges identified above led to their signing earlier this year by Season of Mist, who will release the band’s new album Spellcrying Machine on August 30th. How they achieved that success is not fully revealed on any single song; listening to the entire album provides the best answer. But the first single we’re bringing you from the album today through an attention-grabbing performance video — “Pendulum” — is certainly a great introduction to the album’s manifold attractions. 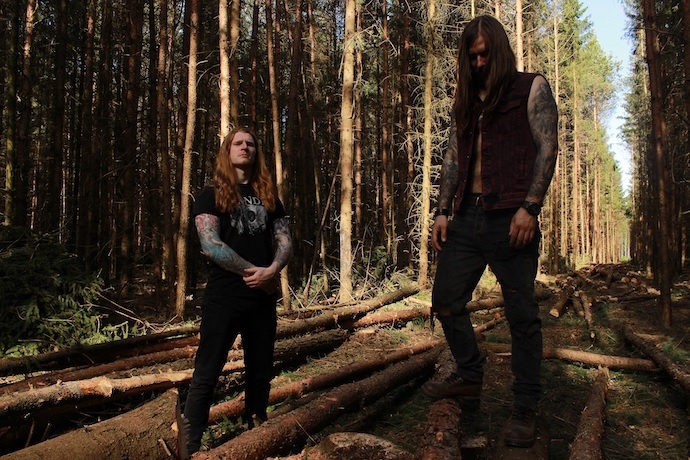 Essence of Datum‘s motto proclaims “RAW IS THE LAW!”, and the rough, abrading edge to the rhythm guitar in “Pendulum” is part of what roots the song in death metal extremity, along with the hard and fast gut-punch of the drum-work, but it’s the relative clarity of the flickering lead-guitar riff that gets the song’s hooks in the head so fast. That riff proves to be a bit of a tease, because (after the popping of a cork) the song takes off in a different direction, in a mad thrashing gallop whose fieriness turns out to be just as gripping.

The dexterous fretwork (and the exuberant interplay of the guitar, the bass, and the drums) send the music spiraling up into the stratosphere (and the listener’s head spinning). The band’s progressive inclinations are revealed in this glorious blaze of sound (in which that catchy opening riff reappears), though the instrumental acrobatics don’t feel force-fed into the music but are wholly integrated into this musical tale, and the dynamism of their songwriting is further revealed when the surging pace slows and the mood of the music becomes more morose, more soulful, and more sorcerously seductive.

There’s no risk of attention wandering in this music, and no missing of a voice. It’s just too much of a thrill ride, with all its changes flowing organically rather than in jarring fashion, and with its morphing melodies proving to be so memorable. 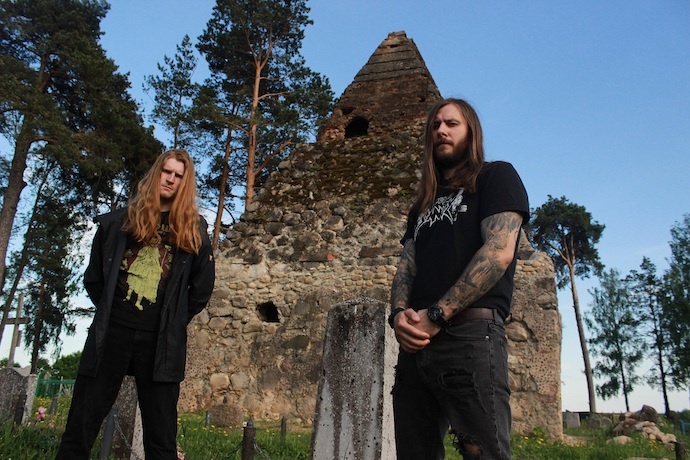 “One of the favorite buildings in our hometown is the Minsk city crematorium! The comprehension of the fact that there’s a very high probability that our physical presence in this world will end up there and the bodies will be committed to flames, puts a veil of peculiar magic on this place. Walking in the halls of the crematorium you cannot but notice the giant pendulums that stands still, symbolizing frozen time. It is the pendulum that gives more emphasis to the present before the inevitable end to come, thus leaving us greedily gasping for the moments remaining. The pendulum in Spellcrying Machine holds a special place and we’d like to set off a story with this composition. Until then, let the Pendulum swing!”

The wonderful cover art for the new album was created by Uladzimir Gross. Season of Mist recommends Spellcrying Machine for fans of Death, Beyond Creation, Carcass, Obscura, and early In Flames. You can pre-order it now:

One Response to “AN NCS VIDEO PREMIERE: ESSENCE OF DATUM — “PENDULUM””