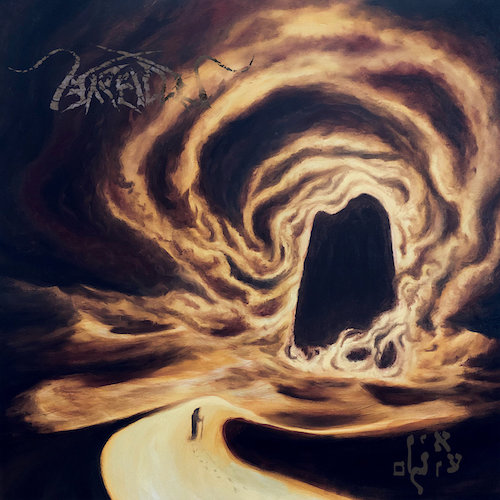 En Olam, the Hebrew title of the forthcoming seventh album by the Jerusalem-based band Arallu, means “There Is No World”. As the band explain, “it describes the fear we all live and feel”, and in particular a fear born from the discovery “that we all live inside an illusion, and everything we know does not exist” but is instead “just an imagined picture”. “All that you thought protected you is just a dream and you’re actually hanging between the earth and sky… You realize that nothing ever existed and that there is nothing…”

The terrors of such a nihilistic revelation can be found within En Olam, but they seem to stand side by side with unearthly wonders. The music often seems to channel occult conjurations and the re-emergence of ancient mystical forces. Parting of the veil that passes for reality reveals not the void, but another world far different from what seems to surround us, in which unseen primeval powers still reign. The songs capture archetypes of violence and bloodshed, defiance of orthodoxy and devilish supremacy, but they also become spells. 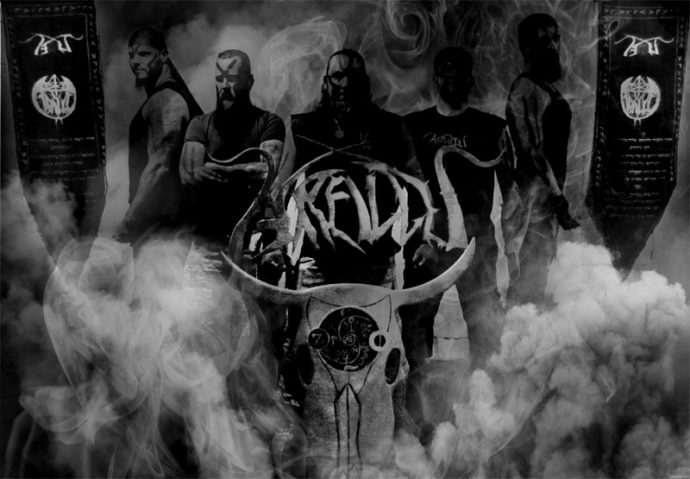 The song we’re presenting today through a lyric video is a prime example of these manifold sensations. In its words, “Devil’s Child” tells a tale of satanic ritual and of the birth of a blasphemous messiah who brings the heat of the desert to the mortal world. In its music, it creates a marvel of exotic and electrifying sound, with morphing melodies that spawn images of vast dunes, of flesh-shredding sandstorms, and of desert djinns rising from ephemeral oases.

Immediately, a sorcerous lead guitar leads us into a fiery maelstrom, a storm of rapid-fire battering drums and flying riffs. The vocals are ferocious, rising from caustic snarls into a wild protracted scream. The melody darts and dances, and slows into slow, moody meditations, still mesmerizing but steeped in sorrowful gloom. Near the end, solitary notes ring out with a mystical allure before one last wild, dervish-like whirl of flickering guitar, maniacal drums, and acidic shrieks.

Arallu augment the elements of black and death metal in En Olam with the tones of ancient instruments, among them Saz, Oud, Kanoon, and Drabukka. On the final song “Spells” they draw upon the texts of Lovecraft’s Necronomicon. In the words of Satanath Records, which is co-releasing the album on September 22nd with Exhumed Records (Ecuador), “En Olam brings a Middle Eastern atmosphere for fans of Behemoth, Dissection, Mayhem, Emperor, Deicide“.

The attention-grabbing cover art of the album was created by Nir Doliner. It was recorded at Bardo Studio in Israel, and mastered and mixed by Dory Bar-Or (Eternal Gray). It will be released in both digipak and jewel-case CD editions, as well as on black vinyl. Pre-order info can be found below, along with a stream of teh previously released title track, and of course today’s premiere of “Devil’s Child“.

One Response to “AN NCS VIDEO PREMIERE: ARALLU — “DEVIL’S CHILD””