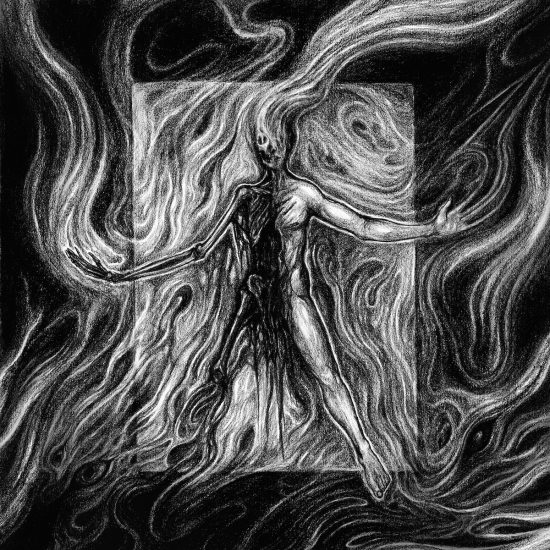 I assume that everyone who regularly writes about music struggles with the continuing challenge of finding words to describe sound, and at least occasionally pauses in their efforts to actually think about the strangeness of that endeavor. Those with greater insecurities about their writing talents (e.g., me) probably pause more often than those who are more confident, but surely it confounds all scribblers from time to time. Some recordings force that confounding confrontation more so than others, and in my case Impavida’s Antipode is one of those.

A refuge from the writer’s struggle can be found when the music of an album (or at least some of it) is available for streaming. At least then, despite how inadequate the words might feel, interested listeners can experience the sensations directly, without the necessarily imperfect mediation of someone’s words, which necessarily reflect a very subjective response — and perhaps a very inarticulate one at that. We have that welcome refuge today, because today marks the release of Antipode by Ván Records, and the label has now launched a full stream of the album, which we’re sharing below.

So, that ought to be the beginning and the end of this post, right? Well, not so fast. Sometimes it might be enough to just toss a music stream in front of people with a perfunctory urging to listen, but for people like me that’s unsatisfying. If we like an album enough to recommend it, it’s usually the case that it provokes feelings we need to get off our chest, in part as an expression of gratitude to the artist and in part because that challenge is out there — that challenge of trying to find words to describe sound — and surrender is the coward’s way out. 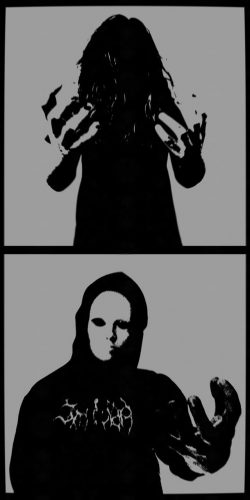 I can’t tell you much about the genesis of the music — it’s the second album by Impavida, and comes a long 11 years after the first one, Eerie Sceneries (which Ván Records is also re-issuing today in a remastered edition). The composer and instrumental performer “God Killing Himself” is a German, and on this album he’s joined by an American vocalist, “He, Who Walketh the Void“. Beyond that I don’t have anything else I can tell you by way of background.

The sound IS vast, and also like a harrowing vortex that leads to dimensions that are both alien and familiar. The music inspires awe and fear of the unknown, at a level that the contemplation of death does. Those are familiar feelings, and the agony, the pain, and the grief in the music are familiar as well; that’s all part of what it means to be human. But the music also seems to reveal visions of the unknowable that might lie on the other side of life, or maybe surrounds us already but can’t be perceived with mundane senses.

You can perhaps see what I’m already doing here, which is all I really feel capable of doing, as someone challenged by the inadequacy of words to describe such potent sounds. I’m just telling you how the music makes me feel, and what it makes me imagine. If music doesn’t make you feel something, it’s not worth your time. If it doesn’t kindle the imagination, or at least revive profound memories, it might not have lasting value either (though there’s a lot to be said for a killer riff). What I feel or imagine might be distant from what the musicians intended, or from your own reactions, but that caveat probably goes without saying.

Antipode flows from beginning to end, but it’s a turbulent journey, filled with peaks and valleys, ranging across swelling surges of intense power and subsidences into haunting reveries. Almost everything reverberates intensely, creating unearthly shine, cosmic eeriness, and psychic fracturing.

The alien-ness of the music reveals itself immediately, in the sound of unearthly howling wind and wailing ghosts at the outset of “Demons’ Eerie Flutes Accompany with the Decay of Corpses Defiled“, pierced by shrill skittering tones. It’s a shock when the storm of blasting drums and waves of shivering guitar vibrations arrive in a chilling harmony. The music rapidly becomes a dense configuration of driving, mind-scouring sound, with rising tones that gleam with glorious yet foreboding light, and with a morphing choir of tormented shrieks and tortured cries adding to the almost overpowering intensity of the music.

The drums do shift into a snapping rhythm, leading into a cycle of notes that are part dismal, part despairing. The turbulent bass and blasting drums return, as do the waves of enveloping sound, but they seem even more desperate, as the mixture of high shining tones twist, turn, and scream in frenzies of agony. There’s still an otherworldly sheen to the sound, which makes the music perversely mesmerizing.

With six minutes left, the tumult vanishes, replaced by ambient shimmer and a slow, guitar melody that rings out in plaintive reverberations. When the storm surge returns, it’s a melding of slow, groaning undercurrents and colossal celestial fireworks, glorious yet frightening, freighted with tension. When the rhythm shifts again (as it does throughout the album, pushing and pulling the energy, reaching peaks of maniacal speed and fury and collapsing into more measured cadences) the layered guitars become more anguished and hopeless in their mood.

The first of the shorter tracks, “Corpse Devourer“, isn’t really an interlude, but more of a continuation. An almost military-style drum tattoo and a shroud of searing sound leads into a pulsing bass line and a head-moving drum beat, the mind still being flooded with neuron-shearing waves of increasingly deranged sensations (and more of those throat-ripping, blood-spraying vocals), with a brief subsidence at the end into a weird guitar melody, grief-stricken and haunting.

The second long track follows — “The First Flame Initiates the Cleansing of Putrid Terrestrial Spirits“. I’ll resist the temptation to map the course of this one as tediously as I did the first one. It too ebbs and flows. In the zeniths of its intensity, the vocalist pours out inconsolable pain, and the guitars boil like gargantuan streamers of plasma from a dying sun. At times, the melody cycles in long, slow waves despite the hammering drive of the percussion; it seems to plead for reprieve or solace, but the feeling of abandonment seems beyond repair. Tragic chords ring out like massed hands lifted in supplication to a vanished god, and the music seems to answer such futile prayers with earthquakes and a rain of fire.

The waves of melody rise like a sea at flood tide, reaching astonishing heights of frightful power, only to vanish, replaced by spectral strumming that resembles the wails of lost spirits, which in turn segues into a staggering expanse of wondrous, panoramic sound. It’s a beautiful vista, but not a pastoral one — more like bearing witness to stars falling from the sky, followed by a supernova scouring worlds of their life. When that supernova of sound explodes, it’s an awe-inspiring experience, elevating pain and desolation to epic heights.

At the end, in “Towards the Pyre”, isolated guitar reverberations return, to cast an eerie pall of gloom, like moon-lit mist drifting over a lake of tears. As the sound swells again, torquing the tension once more, you wonder whether you’re in for one final effusion of pain… but are left on edge, the pulse of that guitar pattern returning, leaving questions unanswered as all sound is snuffed out.

Finding words to describe sound, or even the feelings that sounds evoke, is an undeniable challenge. Capturing such sensations and moods in visual imagery is probably no less daunting a challenge. But Stephen Wilson‘s cover art makes for a remarkable companion to these sounds.

Credit goes to Deha for the mastering of the record.

This is an album well worth your money, because it’s far from a one-and-done experience. And it’s available for purchase now.

One Response to “AN NCS ALBUM PREMIERE (AND A REVIEW): IMPAVIDA — “ANTIPODE””