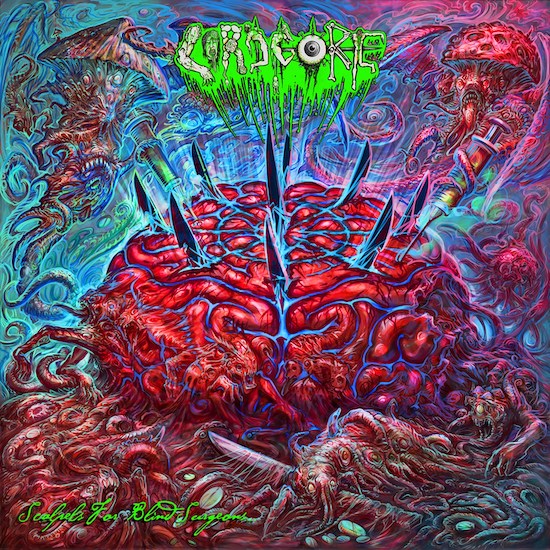 When DECIBEL premiered the first advance track off the first Lord Gore album in 15 years, the band introduced themselves to people who might still have been in diapers at the time of that last record: “Lord Gore is a pathogenic, mutated amalgam of deranged individuals who have produced grind and death metal in many bands from the Pacific Northwest since the mid-90s”. And who are these people? Gaze upon the line-up if you don’t already know:

In addition to provoking chuckles, those descriptions will tell newcomers something about the music, and so will the new album’s spectacular cover art, rendered by Alex Tartsus. Even the album title provides a further clue: Scalpels For Blind Surgeons. We have an even better clue down below, because we’re premiering the stream of a second track from the record, this one named “Daudiskegg“, in the run-up to its August 19 release by Everlasting Spew Records. But before we get to that song, peep this shirt: 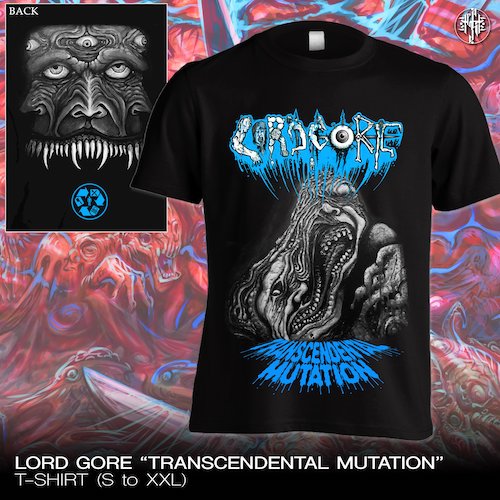 Now let’s get on to the music of the new album, which Lord Gore themselves describe as “HEAVIER THAN ARMORED WHALE SHIT“. That much is certainly true — as is the band’s statement that their style has continued to evolve since that last album 15 years ago, adding an even stronger and more filthy old school death metal vibe to their brutal death-grind formula.

The opening of “Daudiskegg“, for example, is indeed massively heavy, drawing the listener into the track with a groaning and wailing riff and a slow gut-punching drum rhythm. But it doesn’t take long for Lord Gore‘s grind antecedents to make themselves known, as they soon erupt in a galloping melee of fast-cutting, berserker riffing, clobbering bass and drum pulverization, and gruesome guttural roaring. The band do have their somewhat more measured (but no less gruesome) movements within this track, accented by fiery, swirling chords, but they regularly return to explosions of crazed ferocity.

The blaring melodies sound desperate, blood-thirsty, and imperious, sometimes all at the same time, but the music also plunges into bouts of grim, swarming violence pierced by horrid, gagging screams. In other words, there’s more going on in the song than pure evisceration and horrifying brutality, and that makes the track even more electrifying.

Lord Gore features former and current members from Engorged, Frightmare, Ritual Necromancy, Blood Freak, Fornicator, and Torture Rack, and Everlasting Spew recommends this new record for fans of Autopsy, Pungent Stench, Impetigo, and Rigor Mortis. It will be released on August 19th, on CD and digitally, and you can place your orders now. Below you’ll find our premiere, as well as that first advance track, “The Crawling“.