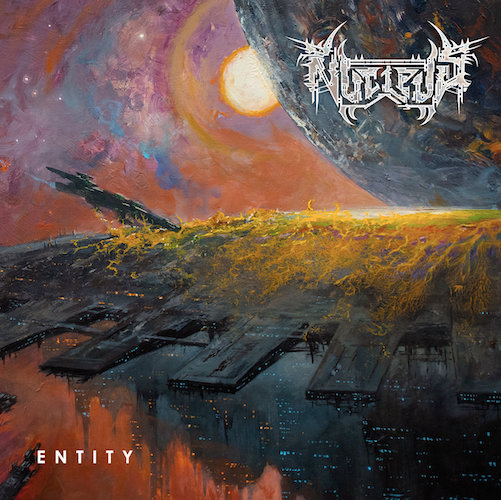 If I’d been able to spend a little more time with this record before now I’d undoubtedly have included it alongside Fuming Mouth and Towering in my recent double-review, as not only does it display a similarly striking blend of old-school influences – marrying the meaty, malevolent riffosity of Morbid Angel to the proggy, proto-brutalism of Death – but it does so in a way that’s so vibrant, so visceral, and so thrillingly vital, that, even now, it still sounds as fresh as when Azagthoth and Schuldiner first set finger to fretboard. 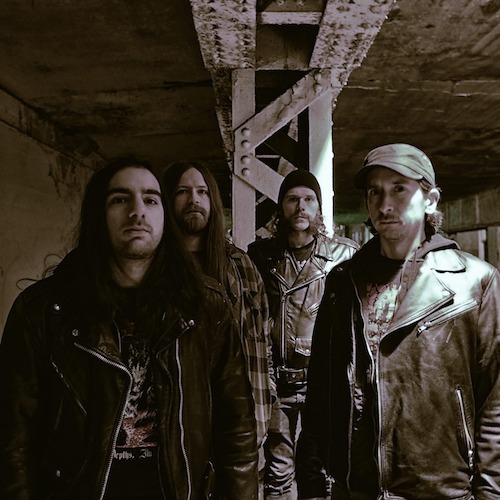 Of course Nucleus are far more than just the sum of their obvious influences (and their less obvious ones too, as there’s definitely bits and pieces of Voivod, Gorguts, and The Chasm scattered throughout the band’s musical make-up).

Each of the eight tracks presented here – from the opening combo of the suitably ominous and unsettling “Arrival” and its convulsive companion, “Entity”, to the malevolent metallic climax of “Timechasm” – walks, runs, and gallops along a fine line between chaos and control, familiarity and innovation, in a way that refuses to be boxed in or confined by convention.

Much of the credit for this, of course, must go to the twin-guitar tyranny of Dan Ozcanli and Dave Muntean, whose gritty yet nuanced style manages to be both technically adept and subtly unorthodox without being overly flashy or dizzyingly dissonant, such that warped leads and warp-speed riffs which form the meat and marrow of this album retain a sense of sinister unpredictability which, nevertheless, never threatens to interfere with the band’s explosive, rocket-propelled momentum.

That’s not to downplay the contributions of the other two member of the Nucleus crew though, as both bassist Ryan Reynolds (no, not that one) and drummer Pat O’Hara are clearly more than a match for their axe-slinging band-mates when it comes to pure technical chops.

But what really makes this album work is the way in which the band, both as a whole and as individuals, are clearly all working with a single goal in mind, such that both Reynolds and O’Hara clearly see their respective roles as being to provide a solid and unshakeable backbone for each and every track, thus ensuring that no matter how oddly-shaped and off-kilter the deviant, frequently devastating, riff-work might get, the skeletons of each song are more than strong enough to hold everything together.

It may seem odd to praise an album of such ludicrous sci-fi spectacle for the more mundane, meat and potatoes, elements of its sound, but it really is this refusal to scrimp on the fundamentals which gives Entity its undeniable power and potency.

One Response to “NUCLEUS: “ENTITY””