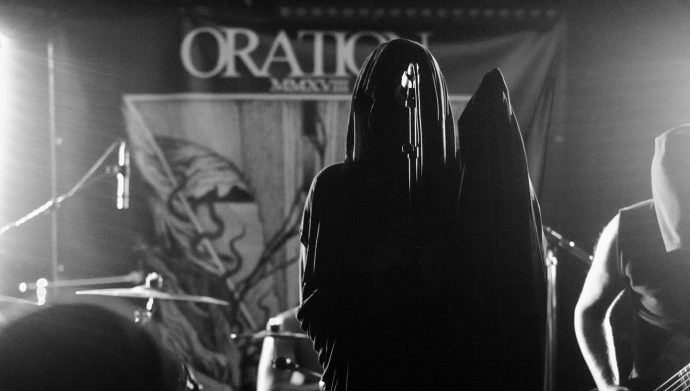 (For this week’s edition of his lyrically-focused series Andy Synn posed the usual questions to the man behind the powerful UK black/death/doom band Abyssal.)

In case we haven’t made it clear before, we’re pretty much all HUGE fans of Abyssal here at NCS.

Not only was Antikatastesis one of the finest albums of 2015 (with the recently released follow-up, A Beacon In The Husk, looking likely to repeat this success), but the band’s performance at this year’s edition of Maryland Deathfest was arguably the best of the entire weekend.

So, in an effort to extend our coverage of the group I recently reached out to vocalist and prime-mover G.D.C. to see if he’d be interested in contributing a few bits and pieces about his lyrical process… and here is his response.

Quite simply, Abyssal has always been my own project, so musically and lyrically, I have always been the sole contributor.

I do not have a specific “process” where I sit down and linearly put something together – its typically much more chaotic and comes together over a very long time.

I am also someone who has quite a scattered set of interests, and my attention tends to be drawn to different things quite erratically.

The concepts I write therefore tend to develop based upon whatever my own thought process is at the time.

It is pretty difficult to pinpoint a single source as to where my inspiration comes from when writing, as I tend to pull things from a lot of different sources. I am generally quire visual in my approach, so artwork, music videos and other visual media can have quite an effect.

I can take influence from writings in fiction, philosophy or otherwise, or even other lyricists outside of metal. 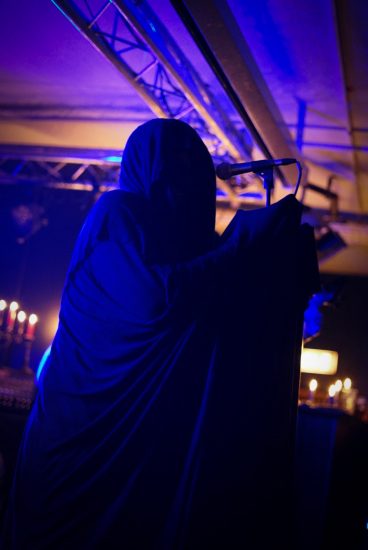 Personally, most of my favourite lyrics come from outside Metal music, and so I don’t really draw on any specific single lines that have had an influence on Abyssal.

I would say the biggest difference has been the shift from more absolutist writing, to a kind of writing that reflects uncertainty.

I think this generally reflects the trend that most people experience as they mature, which is a gradual understanding that the world is complex beyond our comprehension and that we should use pragmatic mechanisms to negotiate that uncertainty.

This is usually reflected in a change across people’s attitudes (politically, ideologically and functionally) becoming either more nuanced or more neutered over time.

I would say that the earlier Abyssal lyrics were more ‘matter-of-fact’ in dealing with the human condition, while the later lyrics – particularly on A Beacon In The Husk – are more of a series of posed questions. 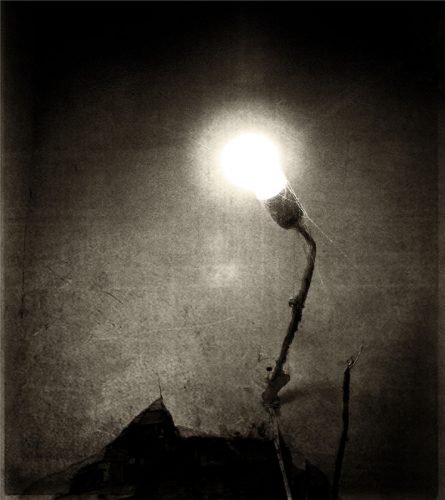 While writing Denouement I became obsessed with the concept of the end of the human race and the various conceptual facets surrounding it. How would it happen? What would our ruins look like? Is it inevitable that all successful species must go extinct?

This theme surrounding the decay and death of the human race arguably became the central theme for the album. I based the entire artwork concept around the art of Lithuanian photographer Kristina Gentvainyte, who’s work screamed with post-Soviet rot and degradation.

The album was never intended to be conceptual, but a full half of the play-length ended up being dedicated to this theme (“The Moss Upon Our Ruins”, “Swansong of a Dying Race” and “Detritivore”) – the remainder dealt with religion, albeit somewhat immaturely.

On “Detritivore” I absorbed a lot of inspiration from the writings of William Catton Jr, particularly his book Overshoot. If you are in need of a bleak and inhumane read, I highly recommend this book.

In Overshoot, Catton dispassionately describes the ecological circumstances surrounding the human race, and how collapse of human civilisation is inevitable, unavoidable, and that all attempts to circumvent it are futile.

He characterises humans as simultaneously being apex predators and detritivores, meaning that we constitute both the top and the bottom of the food chain. Our position as a detritivore is based upon our consumption of ancient detritus in order to power our civilisation.

The stench of decayed sunlight fills my nostrils

Inhaled into lungs of steel and concrete

From subterranean halls of stone

The result of this is that when that ancient detritus runs out, we stumble into a Malthusian catastrophe.

I also wrote further about this concept again in “A Malthusian Epoch” on Novit Enim Dominus. 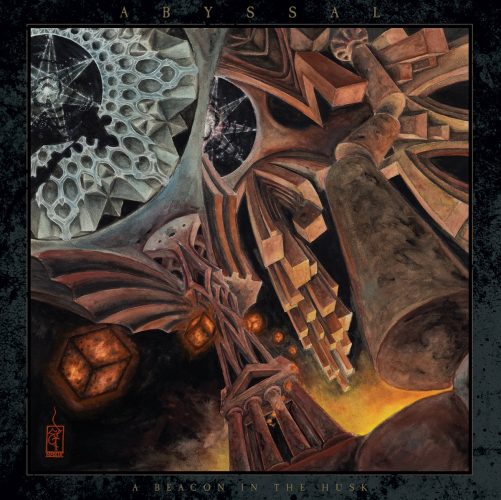 During the writing of A Beacon In The Husk, I became enamoured with the writings of psychoanalyst Carl Jung.

Jung’s work is sprawling, but in the briefest possible summary, he posited that the human mind has a definitive structure, and as such, human experience is subject to patterns which repeat across time.

These patterns are generally not possible to directly articulate in descriptive terms, but they permeate human existence via mythology, storytelling, art, ritual, music, etc.

He used this model to explain why various mythologies and religions have converged with one another on important topics without cultural admixture. Religions and myths are external expressions of meta-patterns which are somewhat universally human.

Jung suggested that mythologies become something akin to operating systems for human beings. Humans will use idols, heroes, parables and stories to orient themselves in the world. This means that mythologies which are more effective at inspiring individuals are naturally selected in a Darwinian manner.

My struggle with this concept was that the concept of the collective unconscious and its associated myths were beyond the realm of methodological natural science. As an atheist, this was a challenge to the idea that the final destination for the human condition is rational positivism.

This was ultimately the quandary which drove Nietzsche to madness. Judeo-Christian morality had become such a successful mythological operating system, that it ultimately spawned rationalism.

Rationalism then destroyed Judeo-Christian morality – “the death of god”.

The outcome of my reading on this was that I had demolished my entire world view out from under myself. My belief, like most Western atheists, was that humanity was waking up from a long dark age of religious superstition, and that the future was bright and rational.

Jung had instead showed me that mythological orientating mechanisms are important touchstones for human beings, despite not being ‘true’.

A Beacon In The Husk describes this transition in great detail, and “The Cloister Beneath the Grime” specifically deals with this unwitting demolition of my entire world view.

In languid recollection, reveries return me to my most infantile and formative reflections.

Deep within my being, there remains an innermost place.

A humble cloister, unchanged and ancient in humility, where, in my beginnings I laid the groundwork for my very self.

This place is where I once retreated in my truest infancy to meditate on the most cold and stoic foundational rocks of this land, long before I laboured in the hall and heaped stone with calloused hands.

Its foundations stretch deep into a rocky outcrop, surrounded on all sides by shifting sands, and standing defiantly against the churning skies of filth.

My ragged form falls into its central piazza, kicking up dust upon its arrival.

My strained eyes gazed in nostalgic elation upon this long forgotten place, but only a shell of what once was remained.

The arches and pillars of this place once glistened in weathered quaintness, but are now gilded with shadow, and notched by the ravages of time.

Thank you for the interview.