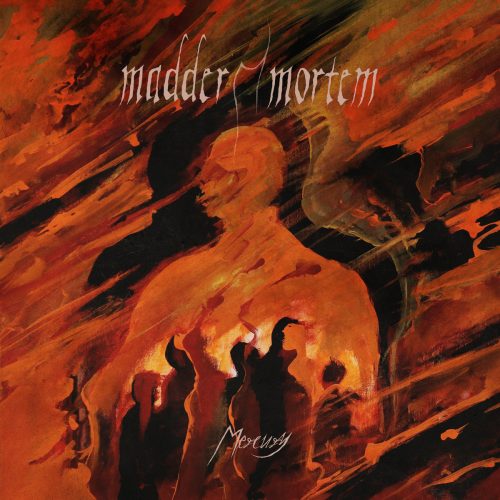 In pawing through new music yesterday, like the digital-age version of what I used to do in record stores, I found myself thinking that the music of the following four bands belonged together. I wouldn’t know how to label them if I put them together in a section of the record store in my head, because their musical styles are different. Maybe “DOOMY METAL, BUT OTHER THINGS GOING ON”. Or maybe just “HEAVINESS (AND OCCASIONAL HEAVENLINESS)”.

The first song I’ve selected is a big exception to our Rule about singing, all the way up until near the end, when Agnete M. Kirkevaag does something shocking with her voice. Until then, as always, she’s bewitching.

But before we get to the song, I should share some important details about the new Madder Mortem album that includes it. 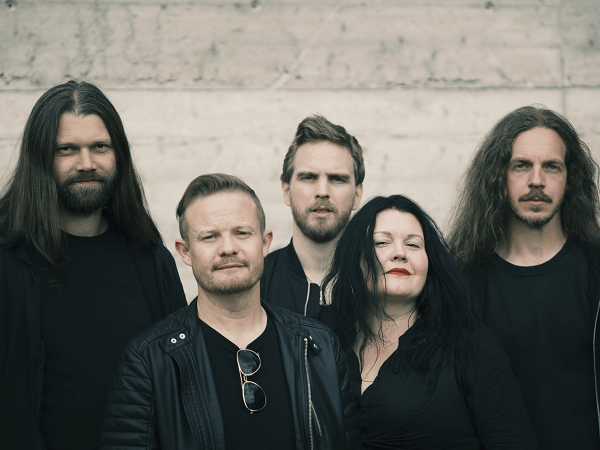 In a nutshell, Mercury is a 20th anniversary reissue of the band’s 1999 debut album, but it’s also more than that. As described in a press release, in addition to including a re-mastered version of the original album it further includes “five new tracks, specially recorded by the band, three of which are from the original album, but which have been re-imagined and re-arranged in a more contemporary manner, and two of which are brand new songs composed using old, Mercury-era, riffs”.

The first single, “He Who Longed For The Stars“, is one of those three re-imagined and re-recorded tracks from Mercury, and it was presented through an animated video. Surrounded by stripped-down, head-nodding verses, the chorus of the song swells and soars, matching gloomy, craggy chords with Kirkevaag‘s rising voice in gripping (and quite memorable) fashion — quickly followed by disturbing musical permutations indicative of mental breakdown, and by shattering vocal intensity.

The new album, which features fantastic new cover art by Costin Chioreanu, who also made the video, will be released by Dark Essence Records on September 6th. 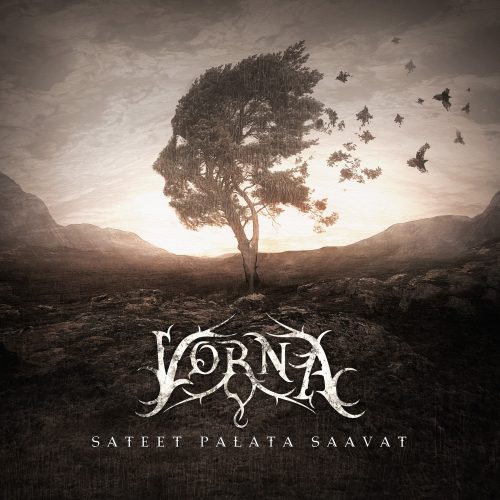 We had the pleasure of premiering this Finnish band’s last album, 2015’s Ei valo minua seuraa, as well as a follow-on single in the next year, “Aaloista“. Since then they’ve released three more singles, the most recent of which appeared on July 4th.

“Maa martona makaa” is the name of the new one, and in conjunction with its debut Lifeforce Records announced a release date of September 27th for a new Vorna album, Sateet palata saavat (“The rains shall return”), which will include this new song.

As you will have already guessed, Vorna’s lyrics are in their native tongue, as is the haunting lyric video for “Maa martona makaa“, which will help in your continuing efforts to pronounce the Finnish language. As for the music itself, Vorna continue to expand the influences in their sound, moving further from where they began as a melodic black/pagan metal band.

Black metal is still an ingredient in “Maa martona makaa“, perhaps especially in the scalding intensity of the vocals, but doom and post-metal play roles as well. The dark, multi-faceted song dives and soars, finding gloomy depths of introspection and despair, and climbing to magnificent heights that are panoramic in their sweep, yet still tortured. The rhythm section keeps the song feeling heavy as hell throughout these troughs and pinnacles. A gripping experience from start to finish….

Another single released earlier this year, “Syvyydet“, will also be included on the new album, and I’ve added that stream below as well. 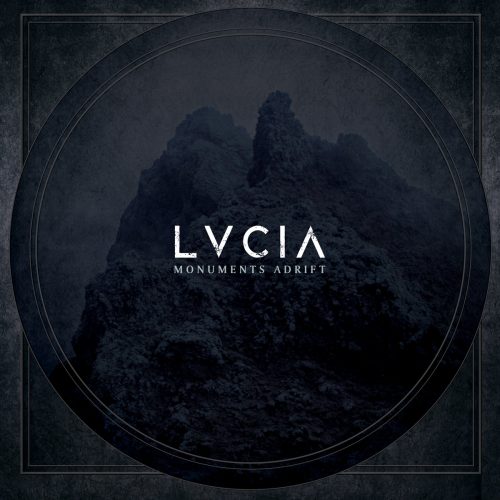 As often as I credit Rennie of starkweather for musical recommendations, you might wonder what the hell good I am, and the answer is… let me get back to you on that.

And yes, Rennie pointed me to this next selection, a new album named Monuments Adrift by the Vancouver band Lucia. He prefaced the stream link this way: “Self proclaimed blackened post metal. Pretty apt. The clean guitar work stands out. As does the doomy/droning riffs that have an old school Paradise Lost feel. Epic song writing with peaks, valleys, a lot of ebb and flow”.

Having been seduced into listening by that description it didn’t take long for me to become enraptured by this record. That happened before I even finished the first song, “There Is No Book, Your Fathers Are Dead In The Ground“. With a title like that, you might expect the sounds of hopelessness and harsh judgment. It is in fact a very dark and emotionally heavy trip, with mountainous low-end frequencies and desolating riffs providing the gloomy gravitational pull, and scorching vocal agony and fury magnifying the atmosphere of desolation. But as Rennie forecast, the gleaming clean guitar melodies provide a contrast, lending a mystical and even wondrous sheen to this crushing emotional descent.

As Rennie also observed, Lucia‘s compositions are full of peaks and valleys, even though the trajectory of the line that runs through those rising and falling waves, not only in the opening track but also in the two that follow, is downward sloping. Those other two songs prove to be just as dynamic, just as immersive, and just as emotionally searing, as the opener. They too combine truly spine-shaking heaviness and haunting, ephemeral beauty in ways that are both physically arresting and mesmerizing. It’s a stunning album, but you might need some help picking yourself up after it has finished with you.

Monuments Adrift was released in June and is available digitally for a dirt-cheap price on Bandcamp; you can order a CD there as well. 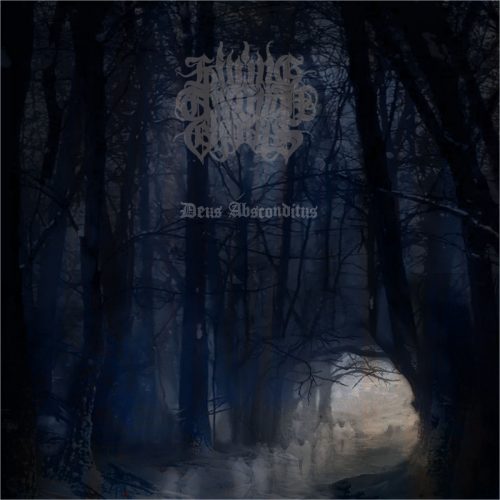 As forecast at the outset of this round-up, there’s a doom-y vibe to everything I’ve chosen today, but it is most pronounced in this final recommendation, which is catastrophically heavy.

Deus Absconditus (released last month) is the debut album of Minneapolis-based Living Through Ghosts, and follows their debut EP, Wake the Gods (2016). “Rooted in funeral doom and branching” is how the band describe their music. They do prefer slow, crawling and lurching momentums (though they do switch up the tempos), and they’re capable of delivering impressive levels of crushing low-end power. But yes, they branch out.

Many of the leads have a queasy, narcotic quality, to go along with the utter misery of many of the central riffs, and others create a feeling of hallucinatory delirium. The band also persistently create moods of teeth-on-edge tension to go along with passages of indefensible oppressiveness, and here and there they insinuate glistening clean-guitar motifs and solos that are hauntingly beautiful, and even soulful, as well as berserk. (The wide array of guitar tones and effects in the album is notable.)

The vocals also depart from what you might expect from the different varieties of funeral doom. They include some truly cavernous roaring, but also wretched bellowing growls, anguished howls, and the kind of intense shrieking that leaves eardrums in tatters. And to return to the subject of pacing, the band do keep you on your toes, opening the throttle unexpectedly, adding rhythmic variety to the differing shades of suffering and sorrow that pass across these songs.

7 Responses to “SEEN AND HEARD ON A SATURDAY: MADDER MORTEM, VORNA, LUCIA, LIVING THROUGH GHOSTS”