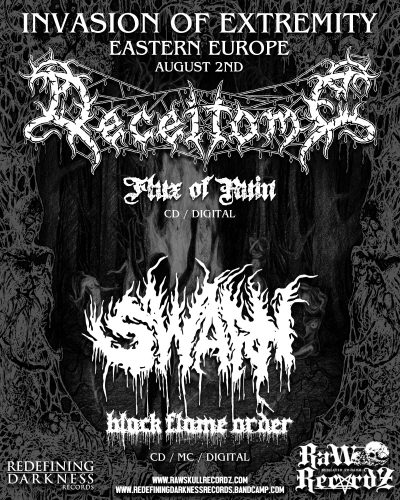 The U.S. label Redefining Darkness Records (Ohio) and the European label Raw Skull Recordz (Netherlands) have embarked on a collaborative venture born of their shared love for different breeds of old school death metal. The name of the project is Invasion of Extremity, and under that banner the labels will be jointly releasing select albums on both sides of the Atlantic, beginning with two new records by bands based in Eastern Europe — the Estonian extremists Deceitome and Swarn.

Deceitome’s new EP is Flux of Ruin, and Swarn’s is entitled Black Flame Order. Both records will be simultaneously released on August 2nd, and today we’re premiering a track from each one. 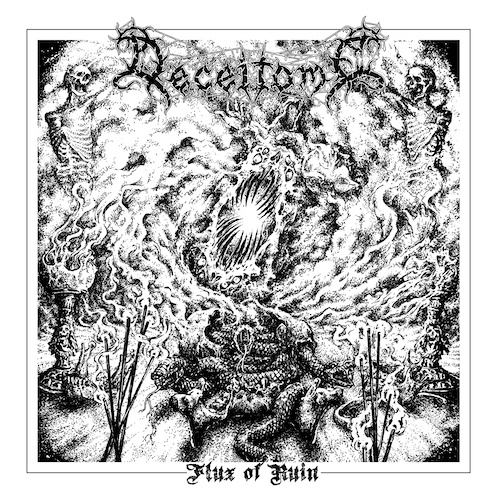 This quintet from Tallinn have drawn their inspiration from the Stockholm scene of the ’90s, while also incorporating styles of such bands as Bolt Thrower and Incantation. Their debut album, Death Is Called Ethos, came out in 2016, and Flux of Ruin (which features cover art by by Skadvaldur) proves to be a powerhouse follow-up.

The new EP’s title track, which we’re bringing you today, is a moaning, groaning, mid-paced monster at first, but becomes increasingly decimating as gruesome, bone-sawing riffs whirr up to speed and the drummer begins a clattering romp. The massive HM-2 tone of the riffs lends a familiar foul, fetid, and ferocious atmosphere to the proceedings, which become even more destructive as the drummer launches a plundering double-bass fusillade, and even more preternatural as a flickering and freakish solo leaps into the fray. Not to be outdone by the ghastliness of the music, the vocals are a cavernous roaring and shrieking horror. It’s all… delicious… and guaranteed to make fans of Swedish-style death metal salivate. 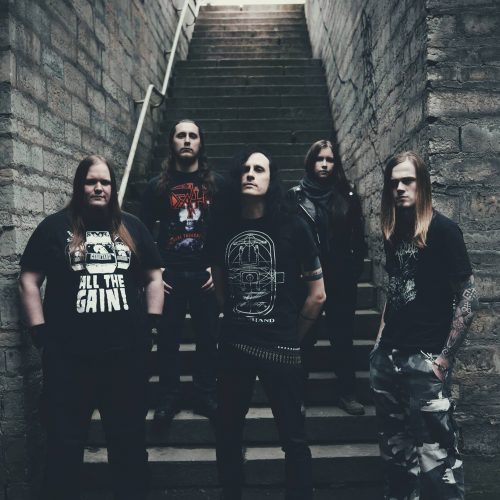 Photo by by Kadri Samme

The pre-order links for Flux of Ruin are below, and if you visit the Bandcamp pages you’ll be able to check out another song from the EP, “Rhythm of Eternity”. 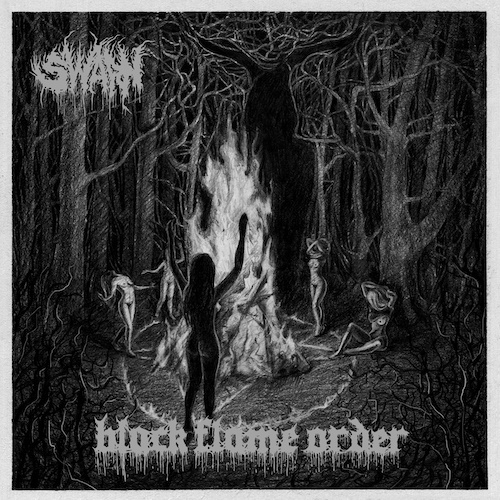 Do the names Asphyx, Disfear, and Wolfbrigade get your motor running? If so, the odds are excellent that you’ll get into the music of Swarn, which operates at an intersection of d-beat, crust, death metal, and death/doom. As mentioned above, their new album is named Black Flame Order, and the song we’re presenting today is “They are Blind“.

Launched by a riveting drum progression, the song takes off fast, in a maelstrom of vicious, swarming guitars, maniacal drumming, and equally maniacal roaring and bellowing. The song alternately boils and mauls, with bursts of d-beat rhythms adding to the music’s dynamic, and there’s an eerie vibe to the song as well, due to haunting, wailing leads that spiral up like disembodied wraiths. When the full-throttle percussive drive slows, the chords ring out in a manifestation of magisterial menace and oppressive gloom, as the vocalist’s hostile tirades become even more inflamed. Like Deceitome, Swarn favor the kind of guitar tone that’s capable of pulverizing concrete into gravel, and that makes the song a crusher, on top of everything else. 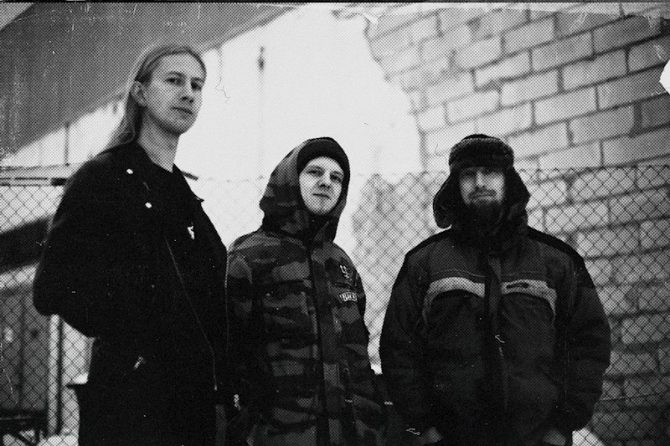 The evocative cover art of Black Flame Order was created by Keiu Grossberg. If you check out the pre-order links below, you’ll be able to listen to another track from the record named “Mental Inbreeding”.

One Response to “AN NCS DUAL PREMIERE: DECEITOME AND SWARN (INVASION OF EXTREMITY SERIES : EASTERN EUROPE)”