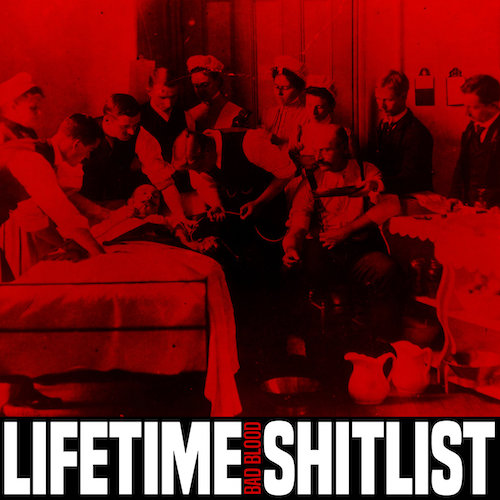 Lifetime Shitlist confronted a significant challenge in following up their deceptively titled 2017 album, Slow March, but that was no one’s fault but their own. As we recounted in a review accompanying the stream premiere of that record, “Slow March will punch you in the kidneys and treat your head like a piece of sheetrock ready for the nail gun, but man, it’s a ton of battering fun — the kind of fun that leaves you with loose teeth the next morning and the kind of bruising that goes beyond black and blue and into that shade of yellow that makes you queasy to look at it”.

How would these Baltimore brawlers be able to exceed, or even match, the pure viscerally appealing momentum of that album? As bleak and bludgeoning as the songs often were, the riffs and crowbar-hard grooves were lined with razor-sharp hooks. Every song was catchy, every one of them made you want to move. Most of them might also have made you want to body-check the person next to you.

We’re beginning to get the answers to these questions. They’ve got a new album set up for release on August 16th through Grimoire Records, once again recording it with label boss Noel Mueller (who also mixed and mastered it). This one is more accurately named Bad Blood. Not long ago The Obelisk premiered the title track, which is a massive neck-wrecker — part punk anthem, part psychoactive squall, part pile-driving pavement-buster — and now we’ve got another track to reveal. This new one is named “Not Yet“. 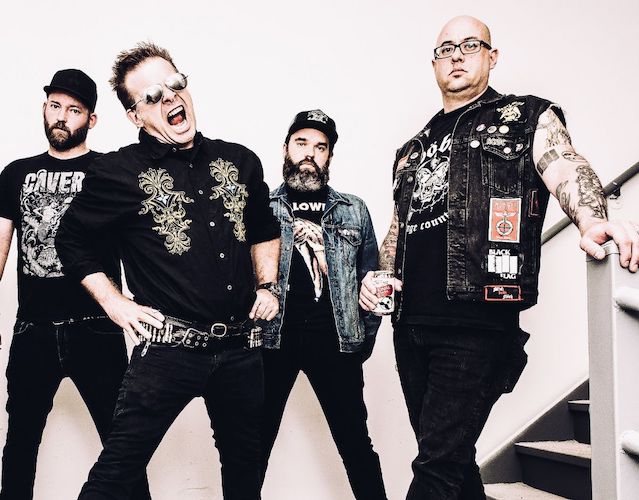 If anything, vocalist (and bassist) Ned Westrick‘s punk yells are even more raw and incinerating on this new song, providing jolts of high-voltage electricity all by themselves. The song also hammers and pounds just as brutally as the title track, with the kind of rhythmic power (and mammoth low-end tone) that leaves a listener no choice but to move, interspersed with some brief stop-start breaks that make the starts sound like bombs going off. The riffs are dirty and daunting, and at times downright demented, but revert to rapid chugging grooves that are irresistible (spiced with miserable little leads).

The title track includes a fantastic guitar solo, and this one doesn’t, but that’s a wise move — soloing like that might lose its impact if you were too generous in handing them out. But even though it’s a more stripped-down wrecking machine, “Not Yet” still packs a mean punch, and further proves that these dudes haven’t forgotten how to write a seriously addictive song.

In addition to Ned Westrick, the Lifetime Shitlist crew consists of guitarist Matt Crocco (Iron Boss, Rancid Decay), guitarist Corey Fleming, and drummer Ryan Larkin. Grimoire Records will release the album via limited edition CD and digital download, and recommends it for fans of Poison Idea, Motörhead, and -16-. Pre-orders are available now in advance of the August 16 release.