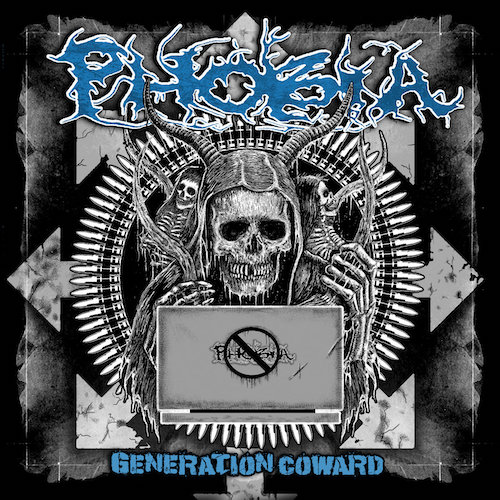 The line-up of Phobia has been in flux. As compared to the crew that pumped out 2017’s Lifeless God tirade, vocalist Shane “the Pain” Mclachlan, guitarist Bruce Reeves (who was there at the beginning along with Shane), and bassist Calum Mackenzie have now been joined on their new album by guitarist Jason Robert and drummer Ray Banda (who also performed on various Phobia recordings in the 2000s).

But it’s not like anyone should expect these changes to throw Phobia off-course, and they clearly haven’t. It’s hard to imagine that anything could do that, except maybe a massive asteroid strike on southern California, and you wouldn’t even want to bet on that derailing these “undisputed kings of the grindcore underworld” (PR verbiage, but not an exaggeration).

Phobia’s fury has never been in doubt, and the current sociopolitical environment of course provides zero reason for them (or anyone else with a functioning brain) to calm down. There’s certainly no retrenchment in the band’s explosive power and brutality on their new album, Generation Coward, which is now set for an August 9 release by Willowtip Records. As proof of that, just listen to this song we’re premiering:

That song, “Imbecile“, is a warzone of rage — a destructive barrage of thundering bass, rapidly changing drum rhythms (which surge into breathtakingly fast bullet-pumping frenzies), vicious ripping and hammering riffs, white-hot leads that are both morbid and shrieking, and of course furious throat-scraping howls. There’s no real doubt the song will set off mosh-pit spectacles when delivered from the stage.

Speaking of which, Phobia have got shows planned around the release of the new album — on August 8th in Flagstaff AZ at Green Room, August 9th in Albuquerque NM at Launch Pad, and August 10th at Denver’s Black Sky (headlining the 6th annual Summer Fest). None of those shows should be missed if you’re within striking distance of them. 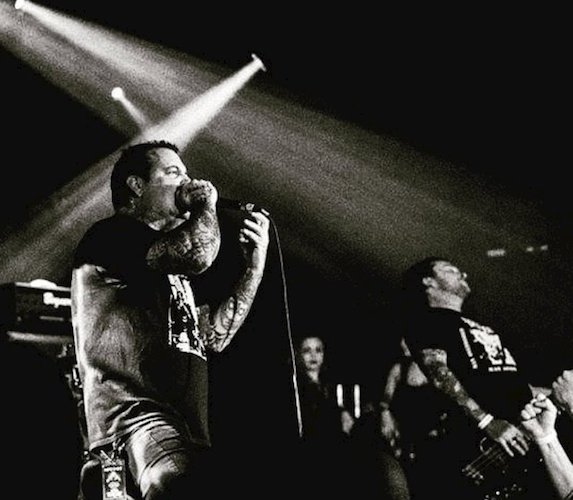 As for the balance of Generation Coward, it delivers 13 punishing tracks, ranging from 7 seconds all the way up to a beefy 2:19. If you visit the Bandcamp page linked below, where pre-orders are available, you can listen to “Internet Tough Guy“, which features a guest appearance by Transient’s Krysta Curry. The album will be released by Willowtip on CD, LP, and digital.