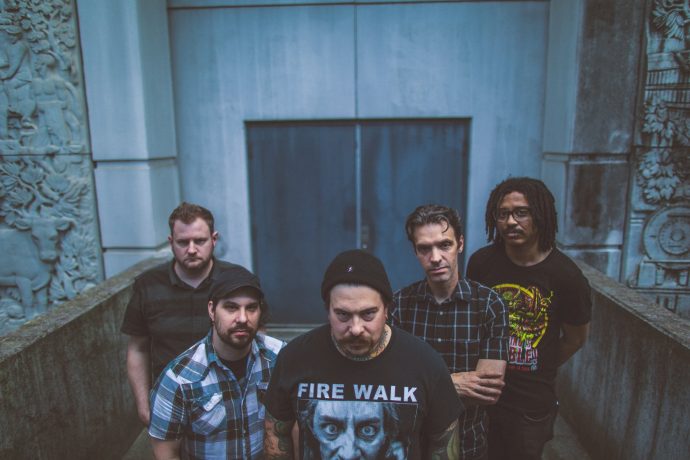 It’s no exaggeration to say that Zao are one of my all-time favourite, most-listened-to, bands.

I first came across their punchy, endearingly scrappy form of Metallic Hardcore/proto-Metalcore early on in my transition towards heavier music, and immediately liked what I heard.

By chance, however, I actually lost touch with the band for a while, only to rediscover them a few albums later, by which point, to my great pleasure, their sound had metamorphosed into an even more aggressive and metallic form.

Not only have a I been a major fan ever since, but the biting vocals and cathartic lyrics of Dan Weyandt have been a major influence on me as a singer/writer myself, so I am doubly-pleased to be be able to speak to him for this latest edition of Waxing Lyrical.

The first time I can recall writing down lyrics I was in 3rd grade. My friend Geoff and I had formed an imaginary band called The Fire Gods. Neither of us played instruments (nor did we know anyone who did) so we would just sit around and come up with song titles and write lyrics.

I had already been introduced to a handful of metal bands (i.e. Metallica, Megadeth, Slayer, Overkill, Merciful Fate, etc.) through my older brother, and I was instantly drawn into it all. It also helped nurture my irrational fear of World War III (nuclear war) happening, so that’s the first subject I wrote about.

This is the first thing I can remember writing. This is also the only song that I wrote from that period that I could actually remember:

Explosions all I see

In a hellish conformity

Hell, creeps upon me

Death, is all I see

The first real/actual band that I was in was called Seasons in the Field when I was 18. My place in that band was primarily playing bass but I did a lot of back-up vocals. I wrote a few lyrics but mainly helped with phrasing/placement. Seasons… is where I found my vocal style/sound though, and it paved the way for me to try out for Zao after Shawn Jonas quit. 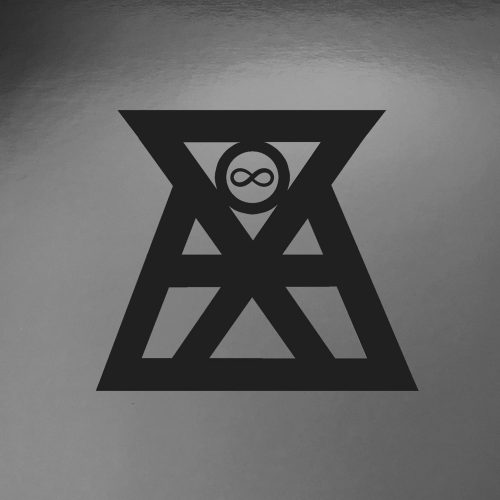 I am inspired to write Zao lyrics first and foremost as an act of catharsis.

I take all of my frustration and anger and the things that haunt my mind and I write it out and dissect it with a pen in an attempt to better understand it and be free of it.

I occasionally have had positive visceral experiences that I write out as well.

Also, I really enjoy the process itself.

I wanted to list some of the musicians, writers and cinema (certain movies/shows help put me in the mindset I like to be in when I write for Zao) that specifically have a big influence on my lyrical writing/style in the past and present.

Some of the following influence me to write in general. Some I like to dissect and learn from. Some inspire or bring clarity. Others, it’s their canter or vocabulary.

I used to write quickly in an unedited stream of consciousness type of manner. I was minimal and repetitious. Lyrics were structured in a standard rock type formation. Intro, verse, bridge, chorus, verse, etc. I often didn’t have a lot of time to pair lyrics I had written to the music itself.

In fact, there were two or more records I did with Zao where I didn’t hear a single song until 7-10 days before I’d have to start recording vocals in the studio.

My lyrical content was almost all personal in nature. I was viewing the world through a Christian lens then, but still the hypocrisy/insincerity I was witnessing made it difficult to fully integrate.

Over the past 10 years my writing has changed quite a bit.

These days I never force myself to write anything specific. It starts with a lot of quick ideas which I’ll write out in groups of 1-4 lines then keep building.

I generally amass 10-15 songs worth of content then start matching them to music.

Once I have lyrics paired with music I lay out melody and structure, which usually involves additional, specific lyric editing/writing as well. I then do rough demos, and tweak them from there.

The lyrical content has changed quite a bit too. Anger has shifted to frustration. I see things for what they are as well as my role within them. I have a drastically different perception of my surroundings.

The song is “The Ghost Psalm” off of Liberate Te Ex Inferis.

During the summer in between 11th and 12th grades I had my first crippling panic attack out of the blue while listening to headphones and staring at the reflection of the room in a dormant TV screen. They became nonstop and more intense as time went on. It began to change my personality and behaviors.

I had always had moderate general anxiety issue but this was a whole different monster.

It took about a month for a majority of my friends to distance themselves from me. About two months in I began to regularly contemplate suicide. I was barely able to sleep or eat and my mind was exhausted from constantly being bombarded by attacks. I had turned away all but one or two of my remaining friends and kept the severity of my mental issues from my parents.

I didn’t even feel alive anymore but I was still there. I felt like a ghost. This was the ghost’s song.

The first lines refer to the places you go in your mind when you are alone and the things I learned from solitude about myself as well as new perceptions of the world.

I felt like all my close friends had abandoned me in my time of suffering. At the time I wrote this song I was still very hurt/angry about the way a lot of them had treated me when I started going through the heavy panic attacks.

For the record, in hindsight, I don’t blame them at all. I had come unhinged.

My companions are walking corpses

I am buried with your words

Turn their backs to me

Scared to see the ghost

Turned and walked away

Scared to see the ghost

I was deeply contemplating suicide. I would picture it over and over trying to lose the last remnants of fear standing in my way.

In my head, leading up to the final moment every time, I would say this to myself.

A ghost to those I love.

Goodbye to those I love.

I am very grateful to still be alive today. I think about how close I came and it terrifies me, even though it’s still something I struggle with.

So close to separation

A ghost without a grave

A ghost without a name

The song is “Gifts of Flower and Stone” off of the Pyrrhic Victory EP.

I chose this song because it’s outside of my normal wheelhouse of subject matter.

When my kids were ages 1 and 2 I would take them outside as often as possible and let them wonder around the backyard. One day I sat and observed as my daughter meticulously gathered a handful of buttercup flowers while my son gathered up small rocks and stones.

After they each finished gathering up their respective items they walked up together and sincerely presented the flowers and stones to me as gifts, with proud smiles on their faces.

It was the kindest gesture anyone had ever bestowed upon me. I began writing this song that night.

The first verse is about watching the birth itself and mystery of human consciousness, and the ways in which children act like a mirror in which we see all of our own good and bad traits.  There’s also some insight into my own childhood/upbringing that becoming a parent has brought.

Through doorways of blood, from dimensions unknown

It completes the circle, I glimpse at the code

I learn from the hands holding flowers and stone

My daughter was 4 and we had been swimming at her grandparents for a good part of the day. She had built up the courage to try jumping off the diving board into the deep end. I was treading water below in place to catch her where she would hit the water.

When I looked up and behind her the sky was bright blue and cloudless and the sun was positioned perfectly around her head like a halo in old religious paintings.

They wore the sun as their burning halo.

Adorned in the garments of the calm blue sky

I have never really had much self-worth my entire life and I still don’t to this day.

I understand that I am alone but not in the sense of experiencing loneliness. I feel disconnected from my physical body and the world.

My children are the one thing that allows me to feel anything real at all.

Until their arrival, I wondered alone

My fate drawn by hands holding flowers and stone

Repeat the cycle, rebuild the bone

Reunite with the hands holding flowers and stone

The idea that ourselves and everything around us is all one organism. We all share pieces of the other as life mimics the seasons and the tide.

Life and death move in and out of each other. Time may not necessarily be linear or singular.

Regardless it’s a repetitive pattern. We will always reconnect in one form or another.

Thank you for the opportunity to be part of Waxing Lyrical. I’m very grateful to have been included in this series.

Currently I’m working on lyrics/vocals for the new Zao full-length as well as some other projects if that interests anyone out there!