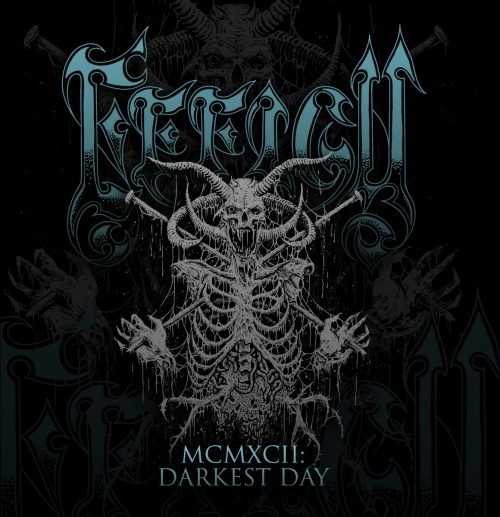 “In mid-2016 the core of the band re-connected and decided to resurrect Effigy with the intention of giving their original songs from 1992 a chance to be heard and, if all went well, continue to play together and maybe even write new material”. 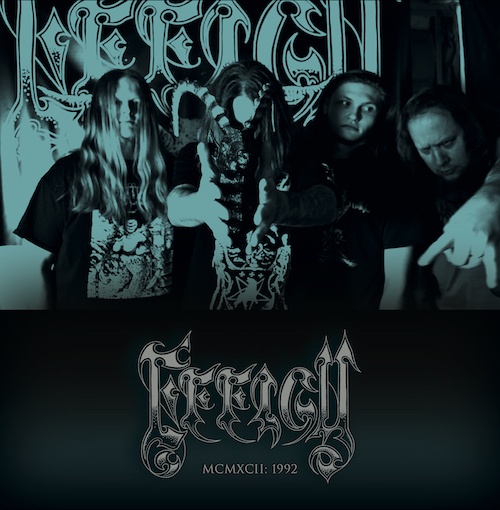 The result of this reunion is a four-track release named MCMXCII – Darkest Day, which features cover art by Mark Riddick and a logo by Steve Comeaux. It will be jointly released by Redefining Darkness and the European label Raw Skull Recordz as part of a collaborative series by the two labels called Forever Underground, which is devoted to re-releasing, or in this case releasing never-before-heard music from the pioneering days of death metal.

The song from Effigy you can check out below is “Trauma“, which is a riveting combination of neck-cracking drumwork, vibrant bass lines, and riffs that combine sensations of seething viciousness, murderous delirium, and morbid misery — with everything capped off by gruesome growls, crazed howls, and putrid shrieks. The song is a dynamic trip, with frequently changing tempos and intricate instrumental interplay, as well as a pair of spectacular guitar solos. The song brings back to life a critical time in the birth of death metal, but it doesn’t sound dated. No mere historical relic, it’s an electrifying listen. 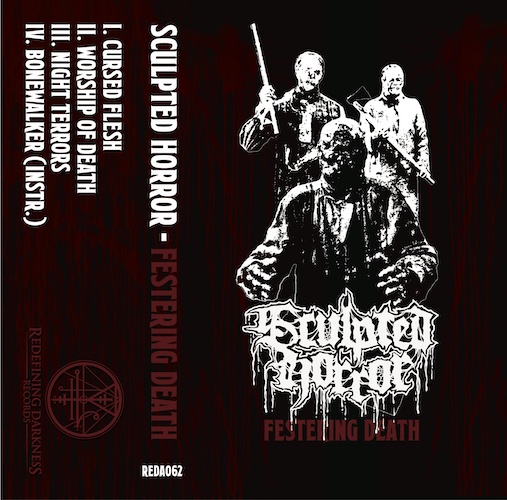 Sculpted Horror is the solo project of Tim Rowland, who lives in Athens, Georgia. The debut demo of Sculpted Horror, entitled Festering Death, was originally self-released last year in a limited cassette-tape edition. Redefining Darkness has secured copies of the original pressing but is also re-pressing the demo with an additional instrumental bonus track, “Bonewalker”.

Redefining Darkness identifies a strong Finnish element in the music of Festering Death — a style reminiscent of Demilich, Abhorrence, Demigod, and early Sentenced. What we have for you below is a full stream of the entire Sculpted Horror debut recording.

There’s a raw, radioactive tone to the guitars, and the melodies across these four tracks evoke sensations of ghastly horror, rampant pestilence, and putrefying decay. Like the Effigy track we presented above, the songs also feature dynamic pacing, as well as rapidly-changing, constantly attention-grabbing drum patterns, and they include plenty of bone-breaking grooves as well. Meanwhile, the vocals are a monstrous horror all by themselves, the kind of roars and rising screams that seem to well up from the belly of the Beast. Hellishly good stuff….

The cover art was created by Tim Rowland. 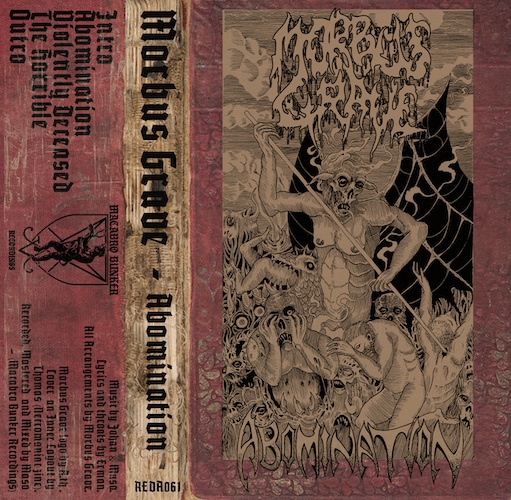 The final demo we’re focusing on today is a new released by the Italian death metal band Morbus Grave. The band formed in 2010 and since then have released a first demo in 2016 (Throne of Disgust), a split release in 2017 with Lurking Terror (Omega Doom), and a further demo in the spring of this year (Awakening of the Dead). The new demo set for release on July 26th by Redefining Darkness is a three-song creation appropriately entitled Abomination, and from that new EP we’re presenting a stream of the title track.

It doesn’t take long for “Abomination” to send chills up and down the spine, but after a creepy intro the band take off like a massive juggernaut. The gut-rumbling low-end tones are enormous; the hammer blows are heavy enough to split concrete; the bursts of vicious tremolo’d riffing are sadistically cruel; and the scalding savagery of the vocals, which sound like the raging of a tyrant who’s being strangled with barbed wire, magnify the ferocity of the track.

The cover art and inner layout for Abomination were created by Thomas (Necromaniac zine).