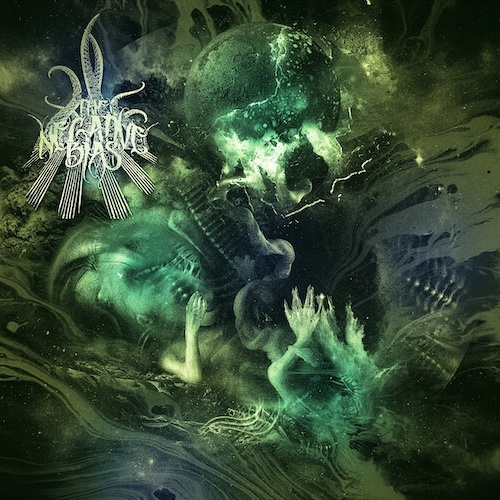 The new album by the Austrian alchemists The Negative Bias is so ambitious in its conception, so extravagant in its composition, and so tremendously powerful in its execution that it merits the often-overused term “visionary”. It becomes a form of breathtakingly dramatic musical theater that seems calculated to create shock and awe, to assault and bedazzle the senses, forcibly shattering commonplace perceptions in order to make the mind more receptive to new and unexpected visions.

The name of this monumental work is Narcissus Rising (A Metamorphosis In Three Acts). It follows the band’s debut album Lamentation of the Chaos Omega (2017) and a 2018 split with Golden Dawn. It will be released on July 26th by ATMF, and today we premiere a full stream, preceded by further thoughts about this stunning experience. 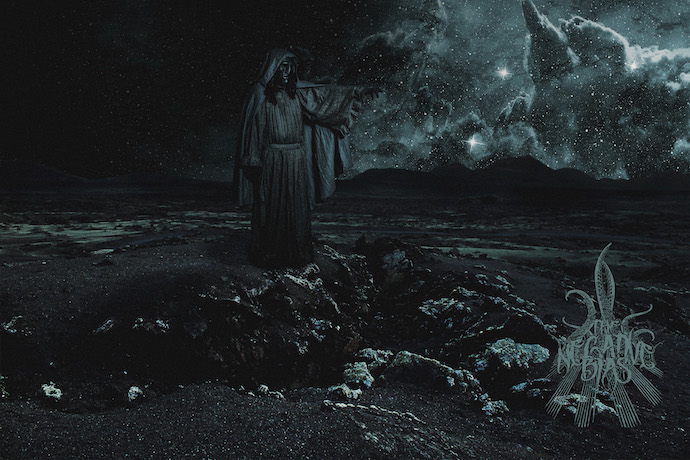 As the album’s subtitle suggests, it consists of three movements. The first of those is “Narcissus Rising“. The second and third acts — “Insomnic Sermons of Narcistic Afterbirth” and “At the Threshold Where Chaos Turns Into Salvation” — flow together and are presented as a single undivided track.

There are certain unifying themes within “Narcissus Rising“, but its constant ebbs and flows are unpredictable, as are its musical ingredients. It would be too reductive to sum up those ingredients as ferocious black metal, grand symphonic swells, and haunting ambient drift, but those are among the threads interwoven into the vast tapestry of sound that the song presents.

The band’s ability to shock the senses is soon revealed, when a sudden crashing deluge of dark chords, horrid howls, seering keyboards, and drumming that quickly veers from methodical to maniacal, blasts away the eerie hypnotic effects of the song’s opening. Waves of gleaming yet desolate melody and extravagant roaring and howling vocals (which sound like a cross between tyrannical and tortured expressions) cascade forward over a heavy bass line. The music boils with increasing tension and terror — yet solemn clean vocals unexpectedly rise up over that near-overpowering maelstrom of sound.

As this sonic pageant continues to unfold, the drum and bass rhythms slow, joined by an acidic riff that blurs from dismal to demented — an aural summoning of torment and pain — and then there’s another stunning eruption of hyper-fast drum-blasting and writhing guitars overlaid by both reverent choral vocals and incinerating screams and yells. Just as suddenly, near silence falls, and shimmering ambient sounds emerge, along with an array of warbling, pinging, and windy tones coupled with frightening whispers and groaning recitals.

This pattern of spell and shock continues, but takes different forms. There are times when the music becomes a soundscape of vulcanism, of earthquakes and after-shocks, of violence and chaos, accented by jaw-dropping drum-work, grand but ominous melodies, and solemn chants. And there are other moments when a combination of glimmering ambient music and chime-like ringing creates dramatic contrasts. Bleak, lead-heavy chords and seething strings play a role, as do mammoth riffs that seem capable of gouging furrows through granite, while the vocals continue to shift from one extreme to another, from soaring cries and monastic chants to horrid, bestial growls and roars that are furnace-like in their intensity. 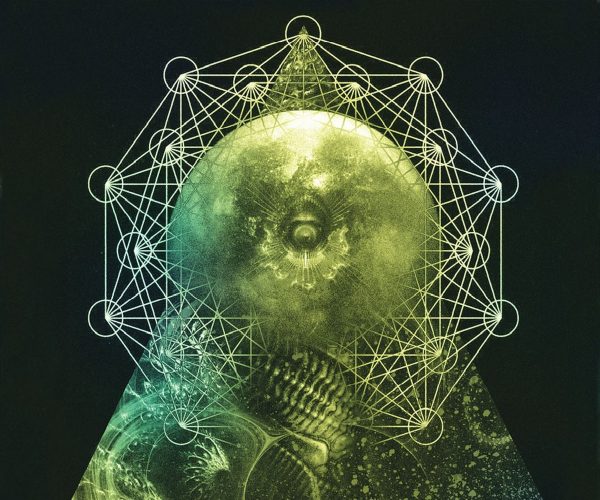 When “Insomnic Sermons of Narcistic Afterbirth” begins, the band unleash an absolute storm of bullet-spitting drums coupled with a blazing gale of symphonic keyboards and ravaging guitars. It’s like bearing witness to the birth of a super-nova, glorious yet frightening — and the voices also channel a similar combination of sensations. There are also deep, heaving undercurrents in the music, like the subterranean movements of a leviathan, contrasting with the explosions of racing light in the skies above.

Periodically, the band segment the track with head-moving, galloping beats and choral voices, and they also present an interlude of crazed guitar harmony that evolves into an exotic, serpentine, narcotically seductive melody over a gut-punching bass line and an eye-widening, vertebra-cracking drum extravaganza. The song further includes an array of fantastic guitar solos. As the music surges in grandeur, the first of those takes the stage, rapidly flickering like fire at first, and then morphing into a fluid, sorcerous incantation. A second one appears as a beautiful, glittering apparition over huge stomping chords (it really is glorious). There’s a third wonderful solo, and by that point the music as a whole has just begun to transform.

A shift into ambient sounds heralds the beginning of the final Act of the album, “At the Threshold Where Chaos Turns Into Salvation“. Borrowing from the crushing yet majestic sounds of doom, the music becomes catastrophically hopeless, the swelling keyboards transfigured into transmitters of pain and fracturing sanity, and the mix of vocals reach heights of both funereal lament and full-throated agony. We get one further solo, one that wails with wrenching grief.

The music then transitions into 8 1/2 minutes of droning ambient drift and deep, echoing percussive tones, and it is a magnificent yet increasingly harrowing venture into cosmic realms. A shimmering melody swells in volume; distant voices can be detected; and the music becomes something like the soundtrack to a fear-stricken space voyage into a hostile alien system beyond human comprehension, a place both mystifying and full of dread. And then our void-faring craft seems to break through into a different dimension, where deep, distorted, spoken words are paired with ethereal angelic voices. We seem to be witnessing a transcendent mystical vision, one that becomes spellbinding.

The total running time of Narcissus Rising is 42 minutes, with each of the two tracks consuming roughly half of that length. It is far too elaborate and surprising to fully absorb in a single listen, much less to  study, and far too gripping to leave behind after only one encounter.

ATMF will release it in a 6-panel digipack CD edition and in beautiful 12″ gatefold vinyl editions (150 copies on gold vinyl, and 150 on black vinyl). It will be available as a digital download as well. Pre-orders are here: