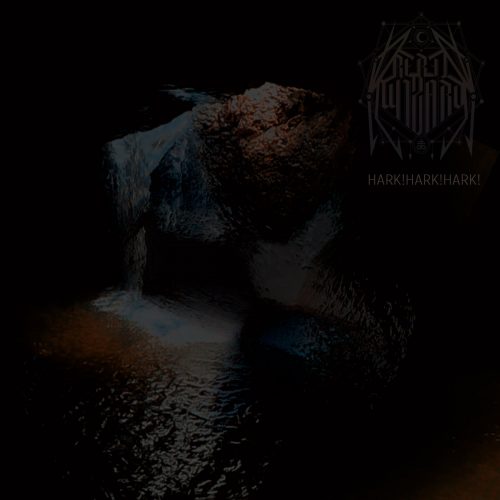 Before we move into the weekend I want to recommend two EPs. The first was released last night — I happened to notice the Bandcamp alert in my e-mail not long after it landed there, and bought it immediately. The second was released in May, but I overlooked it until a friend pointed me to it earlier this week — and it was love at first listen.

To any regular visitors at NCS my admiration (okay, “adoration” is probably more accurate) of Rebel Wizard‘s music is well-known. Having been so consistently enthusiastic about B. Nekrasov‘s previous releases under this moniker, I was predisposed to like this one (I’ve already confessed that I bought it before listening to it). Conceivably, I could have been disappointed, in which case you would not be reading these words. Obviously, however, I’m very happy with my impulsive purchase. 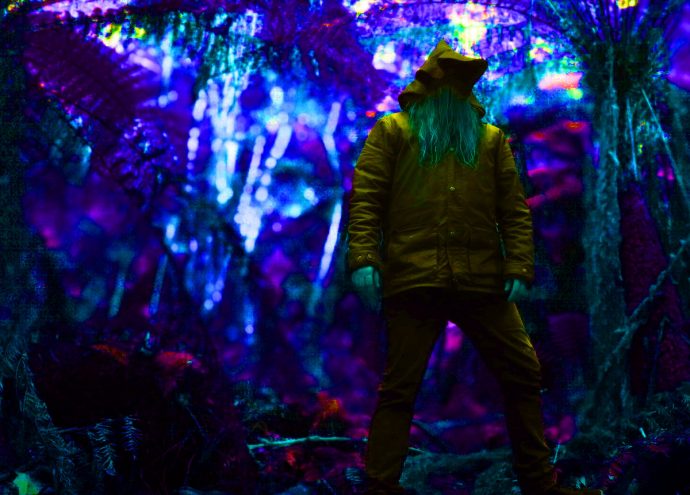 In these three new tracks the fundamentals of Rebel Wizard‘s unique style have not changed. The brazen, hook-laden heavy metal chords; the glorious, spiraling solos; the head-hammering rhythms; the scorching vocal extremity of a provocateur who’s not about to let you off easy — those ingredients are all still present, though in varying degrees. But it has also become abundantly clear that Nekrasov doesn’t make Rebel Wizard music because it’s expected of him, or for any apparent reason other than to give more oxygen to some fire within him that won’t be quenched; it would be degrading (and inaccurate) to call the music formulaic just because the unusual style has by now become recognizable.

And besides, these three tracks are not all the same thing. What spawned the composition and recording of them hasn’t been disclosed, but they each have their own character and specific attractions.

The first one is the closest of the three to what we’ve come to expect. It blends feelings of gloom and glory; big, anthemic, head-moving riffs; and a moody yet mystical and mesmerizing solo. On the other hand, the second one (as I hear it) channels rampant chaos and delirium, teeth-on-edge tension and boiling pain, but also a kind of wild ecstasy — until you get to the 1:50 mark (and I won’t spoil what Nekrasov inserts there, but it’s great).

The third track, the longest of the three, begins in fierce, ripping fashion, accented by a ringing guitar arpeggio that’s both grand and melancholy, and spears the mind when it reappears. But many other things happen within the track — a firestorm of blasting, scourging black metal ferocity with an ominous and oppressive atmosphere; a skittering, grinding guitar duet over a martial snare beat; an eye-popping solo; and everything tied together with melodic refrains that have an “epic” soaring quality yet seem dark, menacing, and anguished.

No, these three tracks are definitely not all the same, but they are all memorable, and all of them worthy additions to Rebel Wizard‘s expanding discography. Money well-spent. 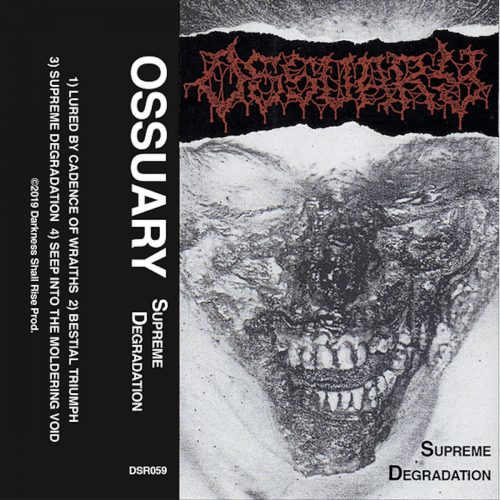 As mentioned at the outset, I overlooked this next EP when it was released in May. The band is Ossuary from Madison, Wisconsin, and it seems to include two members of Jex Thoth (drummer Nick Johnson and bassist Matt Jacobs), in addition to vocalist/guitarist Izzi Plunkett. They released a debut EP in 2015 (Cremation Ritual), and the name of the newer one is Supreme Degradation.

In trying to learn more about the band after getting hooked hard by this EP I found a quote from Plunkett in which she names early ’90s Finland as her favorite region and period for death metal, “on the basis of stand-out originality and ugliness” — “every band I’ve heard is uniquely fucked up and depraved sounding… unconventional, unguided and seemingly organic choices all around.”

I mention that quote because many of the same adjectives apply to the four tracks on Supreme Degradation. The music is, at various times, ugly and depraved — and it stands way out from the pack. It’s also remarkably well-written and expertly performed. The riffs are consistently fantastic; the vocals are a raging horror fighting to escape a subterranean crypt; and the rhythm section prove themselves to be top-shelf neck-wreckers and bone-breakers. 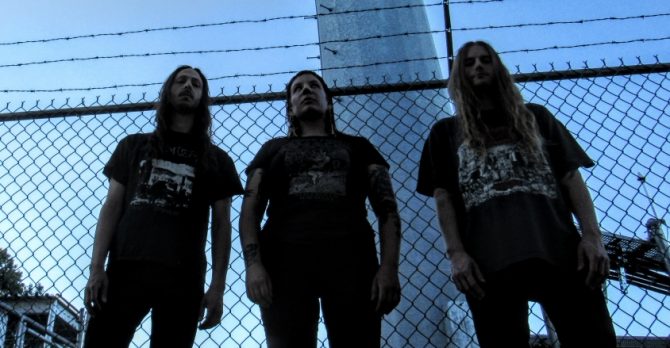 The band reveal a flare for dynamism in their compositions, shifting the energy and the moods in fluid yet gripping fashion, and the changing melodies will get their hooks in your head. They’re capable of creating atmospheres of utter wretchedness, of pestilential infestation and rot, of oppressive gloom and inconsolable hopelessness. They’re equally capable of lighting a fire under your ass with fusillades of battering percussion, storms of thunderous bass, and vicious tremolo’d grinding. And if you’re in the mood to bang your head, you’ll get plenty of opportunities to do that, too.

Everything about the music is menacing in a paranormal way, and often reaches nightmarish levels of frightfulness. There are also juggernaut-like rampages and titanic chug-fests (the title track is a prime example). And the music was produced in a way that gives it both clarity and tremendous, crushing power.

In a nutshell, I will humbly assert that Supreme Degradation is one of the best death metal releases of the year so far. (Needless to say, I bought this one, too. Once again, money well-spent.)

(Thanks to Leah S. for recommending this EP to me.)