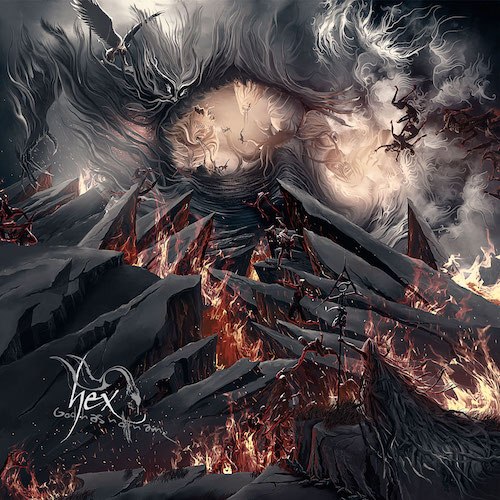 On July 5th Transcending Obscurity Records released the second album by the Spanish death/doom band Hex, the defiant title of which is God Has No Name. In June we presented the premiere of the album’s second advance track, “All Those Lies That Dwells…”, and today it’s our pleasure to present an official music video for the album’s fifth track in the running order, “Where Gods Shall Not Reign“.

At the time of our previous premiere we observed that the musical approach of Hex is different from many bands who have been branded with the death/doom label. Rather than craggy, lumbering, and crushing, the music of Hex tends to be more animated, more exotic, and more surprising. The gloominess of doom does rear its head, albeit in unexpected ways, but Hex are just as liable to attack with frightening ferocity. The song that’s today’s focus reveals many facets of the band’s variable style of extremity — and the dark, beautifully made video is just as sinister and supernatural as elements of the music. 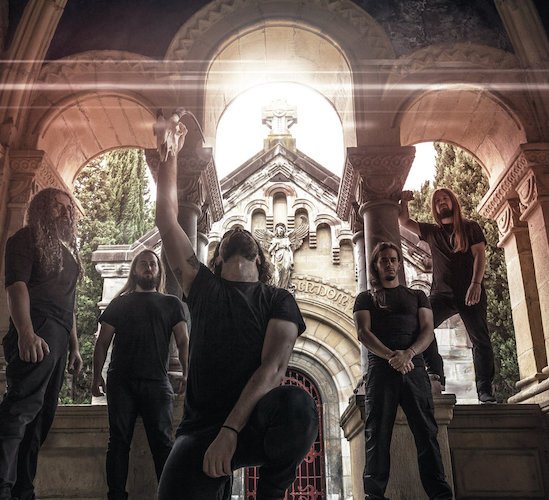 If you haven’t heard the song before, attempting to describe it will undermine some of its surprising twists and turns, so feel free to skip ahead and just watch and listen.

As a whole the music is frightening, and it leaves a haunting impression, but it achieves these effects through a combination of differing movements. In its opening and closing segments, the deep drilling riffs and scorching vocals convey a sense of furious, sulfurous savagery, but the band also integrate highly headbangable, jolting chords (and the drumwork is persistently head-moving). You get hints of other facets of the music as Hex introduce spectral notes and ghostly voices (both male and female), which prove to be a prelude to a more classically doom-driven mid-section, where immense lurching chords of oppressive weight and hopeless atmosphere combine with both extravagant soprano singing and vicious growls to send chills down the spine.

God Has No Name is a very impressive album, and one that doesn’t wear out its welcome. If you haven’t yet discovered it, head to the Bandcamp page linked below and dive all the way in.