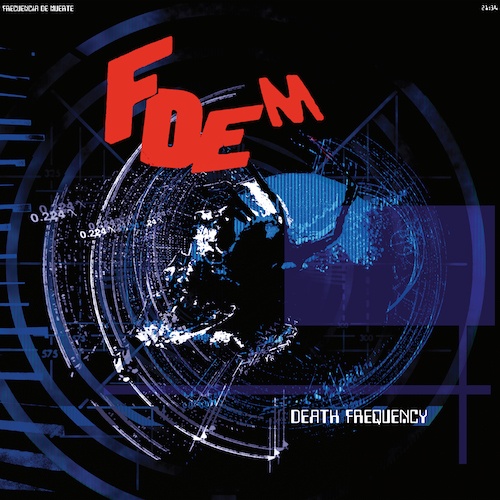 Sometimes powerful underground music would be lost to me, as for many others, if not for a striking piece of artwork or the appearance of a familiar name, or some other truly random signal. In the case of FDeM, what made me stop and listen was the name Brad Boatright. It’s a familiar name, of course, because his recording and mastering work at Audioiege is attached to so many great records, but in the case of FDeM (as in From Ashes Rise), he’s a performer. I had to hear what that would be like in this new band. 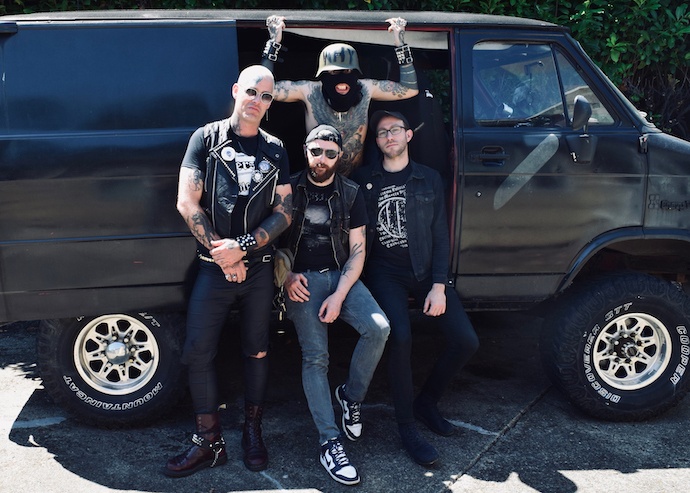 Of course, he’s not alone here. He plays guitar, and is joined by Eduardo Agostocrates (Terokal) on vocals, Jeff Carlisle (Aütocracy) on bass, and Ian Makau (Lowered, Dödläge) on drums. I missed FDeM’s 7″ EP last year. I’m not missing their debut LP, Death Frequency, because this first song, “No Habrá Paz“, is so good.

I got some Amebix vibes listening to it, and other references also flitted through my head. I thought of it as a hardcore punk anthem, with a compulsive bass-and-drum tandem at work and a mix of dark and fiery riffs that hammer and slash their way into the head in equally compulsive fashion. The raw, braying vocals, the flickering melodic motif that surfaces and re-surfaces, and the bleak yet increasingly glorious solo that drives the song to its riotous finale seal the deal — this is a terrific song.

Death Frequency will be released “soon” by Armageddon Label on vinyl and on multiple digital platforms.

PRE-ORDER
(to be announced)

FACEBOOK:
(don’t search for FDeM or you’ll find FAITH AND DOMINION EVANGELICAL MINISTRIES or the Florida Division of Emergency Management) 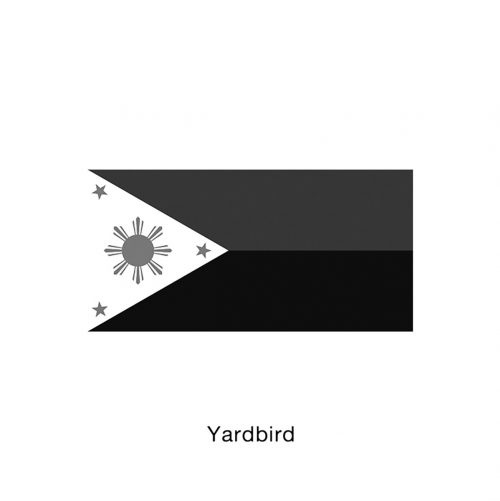 Cool band name, Kneel On Nails. The new single by this Filipino group from Quezon City is also cool — if you want to get torn apart in a minute twenty seconds. The person who recommended “Yardbird” to me (Rennie, again) likened its unfettered rage to Prowler In the Yard-era Pig Destroyer. There may have also been a reference to psycho-sexual predation, which will make more sense if you check out the lyrics.

I wasn’t kidding about the song tearing you apart. It’s a battering, bludgeoning melee, with absolutely scorching vocal insanity. But you’ll find that it’s got unstoppable grooves as well, the kind that you could ruin your neck to if it were just a bit longer.

“Yardbird” seems to be an advance cut from a forthcoming album; it’s available now as a single, for a buck on Bandcamp. 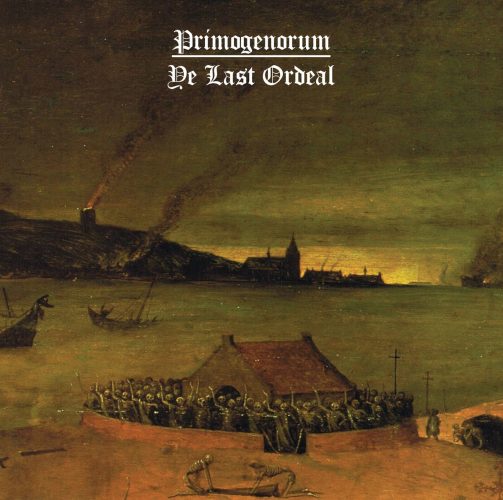 My nighttime musical trip down the rabbit hole took a particularly ugly turn with this next track, “On the Ground of the Dying Man“. It’s on an EP named Ye Last Ordeal by the Ukrainian black metal band Primogenorum. The EP arrived via Lunar Apparitions (a division of Nebula Carcoma Records) this past spring, roughly 10 years after the band’s first demo, and as the name suggests, it’s also the final chapter of the band’s existence — and it is an ordeal, or at least this song is (I haven’t heard the others).

The song assaults the ear drums with a lacerating haze of caustic riff distortion — such a nearly undifferentiated mass of abrasion that it’s the maniacal bass riff (at least I think it’s a bass) that stands out, maybe even more than the nearly submerged drums. Of course, the vocalist’s vicious, imperious snarls stand out, too. Perversely, this becomes almost mesmerizing… until the disturbing spell is broken when the turbocharged rush suddenly vanishes, to be replaced by the nightmarish, hallucinatory sounds of misery and ruin. When the frenzy resumes, the lead guitar shrieks like a soul tortured beyond the bounds of sanity. Other forms of lunacy ensue as that bass line loops its way to the end. 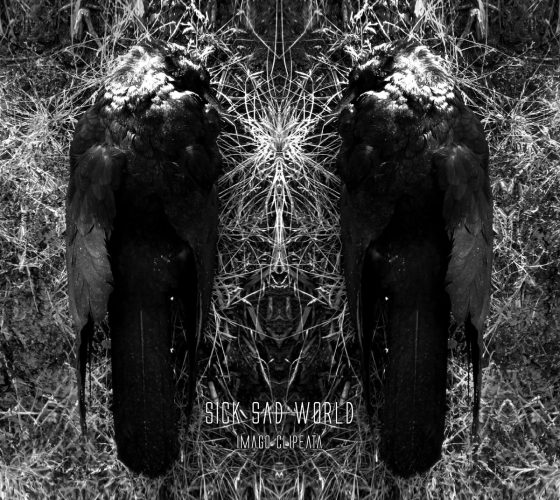 This French band weren’t kidding when they named themselves Sick Sad World. The perspective represented by their name inhabits their music as well, or at least it does in a song called “The Rope“. That song comes from an album named Imago Clipeata that was released earlier this year, and it’s the subject of a new video released by the band a couple of days ago.

I was transfixed by the video, which I won’t attempt to describe. The combination of those sights and the music rooted me in place and left me in a disturbed kind of pop-eyed wonder by the end.

“The Rope” is an amalgam of changing ingredients and moods. The band characterize their music as “a personalised musical style in which atmospheric post-rock blends with the intensity of Post-hardcore and where Sludge breeds gently with black-metal”. The strumming and the soft, anguished singing at the beginning are beguiling, but there’s an air of gloom and tension about it — although the video probably has something to do with that palpable feeling of apprehension.

Things change in shocking fashion as the band periodically erupt in typhoons of savage riffing, thundering bass, crushing drum rhythms, and unhinged roars and howls. Those bursts eventually become the main line, combining violence with that tension that’s in the music from the beginning. The music twists in different directions, periodically sending out flares of gripping melody, anchored by that huge bass tone and the gut-punch of the drumming; the vocals remain incinerating throughout. The music’s intensity builds and builds, becoming an extravagant crescendo of pain. 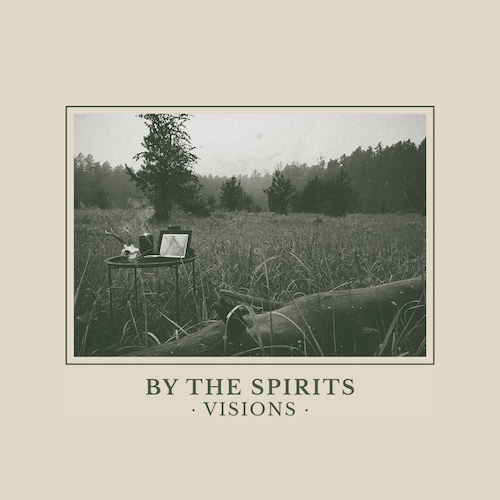 I ended my dark musical trip last night with these three songs, “Secret Trees“, “Fir and Pine“, and “Land of Light“, all of which are on a forthcoming album named Visions by the Polish folk project By the Spirits, which is the work of solo artist Michał Krawczu.

I’m not the best person to describe or review this kind of music, since I dabble in it so infrequently. The ingredients are simple, but combine to create an immersive experience. I’ll say that I found the music dark, mystical, and entrancing, and that Krawczu has a very appealing voice. And with that I’ll leave you to the music.

Visions will be released on August 2nd by Eisenwald. It’s described as “a compilation of older material, as well as three new songs, an unreleased cover of Coil’s ‘Fire of the Mind’ and two alternate recordings of previously-published works. All material was carefully restored from its original sources and re-mixed by Martin van Valkenstijn (Mosaic, Empryium, Sun of the Sleepless, etc.) and remastered by Danijel Zambo (Walden, At Sea Compilations)”.