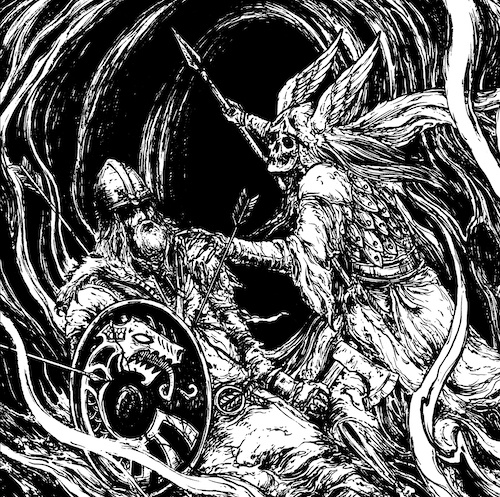 Nearly two years ago we premiered a complete stream of Unhallowed Blood Oath, the debut album of the Australian black metal band Runespell. It seemed to be a portal into the past, in more ways than one. It linked arms with the venerated traditions of Scandinavian second-wave black metal, and it also created a mythic atmosphere, one that cast the mind’s eye back into distant centuries, to times (whether imagined or real) that spawned sagas of warlike defiance and sacrifice, of bloodshed and bereavement, of heroic striving and irredeemable loss.

A second Runespell album, Order of Vengeance, arrived the following year, but the creative fires within Runespell’s alter ego Nightwolf have remained unquenchable. A third album, Voice of Opprobrium, is now set for release on September 6th by Iron Bonehead Productions, which also released the first two albums. And today we have the premiere of one of the new record’s six tracks, a song that calls us back to one of the most moving tracks from the debut album two years ago. 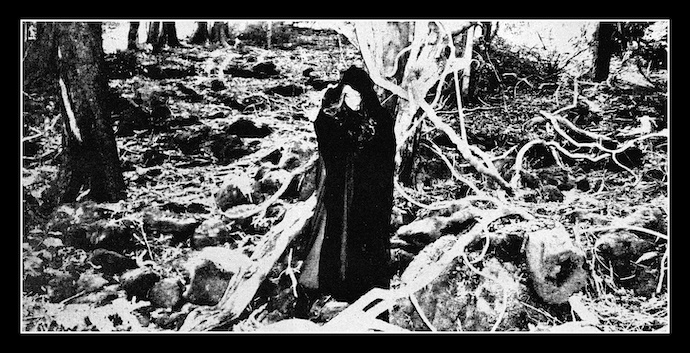 “All Thrones Perish” is the sixth track on 2017’s Unhallowed Blood Oath. It’s notable for its combination of mystical, ancient grandeur, melancholy mood, and fervent fieriness. Waves of chilling yet grand melody roll over relentlessly hammering drums, accompanied by Nightwolf’s savage reverberant snarls and the vibrant flickering tones of the lead instrument. Those wild sounds become increasingly frantic and fierce as the song swells in power — but that mounting power suddenly diminishes, making space for a melody that sounds both medieval and otherworldly. With a rapidly raking riff, the song transforms again, creating a feeling of resilience and defiance over a stately drum rhythm, backed by a swirling melody that has an exotic, even Arabian flavor — but still accompanied by that crazed, flickering lead.

The song we present today, “All Thrones Perish II“, is the fourth track on the new album, and it does indeed sound like a companion to that earlier song. It too is carried by rolling waves of majestic melody, but with a bleak and ominous resonance, anchored early on by a stately drum cadence rather than a blasting one. Through those momentous panoramas of sound, feverish leads again create a contrast, joined by the rapid pulse of the bass and the rhythmic snap of the snare, and Nightwolf’s caustic snarls are no less savage than before. Once again, there is a subsidence, which here makes way for spectral tones, but it’s a brief interlude before the wash of panoramic sound resumes, both heaving in the low end and fire-bright in the high end, this time with hammering drums driving toward the finale.

The new track captures again that feeling of being transported into a distant past in more ways than one, channeling mystery, honoring sacrifice, combining grandeur and ferocity, and overlaying the entire experience with a somber and sorrowing shroud.

Look for Voice of Opprobrium on September 6th. Iron Bonehead will provide a CD and LP release on that day. Below we’re also providing a stream of the previously released title track, in addition to “All Thrones Perish II“.

3 Responses to “AN NCS PREMIERE: RUNESPELL — “ALL THRONES PERISH II””