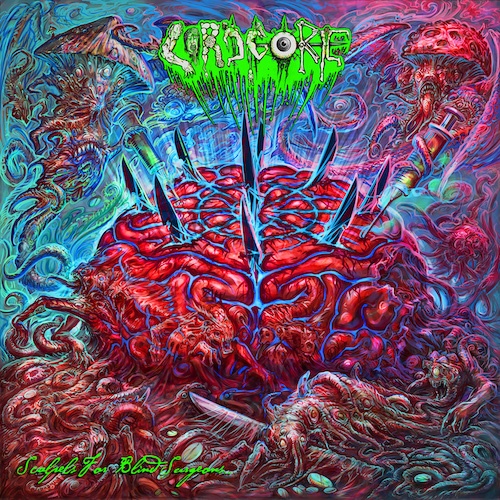 Think back to 2004, if you can. It was the year when Mark Zuckerberg created Facebook, when Suddam Hussein was tried in Iraq for war crimes, when the summer Olympics were held in Athens, when Janet Jackson had a wardrobe malfunction at the Super Bowl, when Ray Charles died, Dimebag Darrell was murdered, and George W. Bush was elected President for a second term. Most relevant for present purposes, it was the year of Lord Gore’s last album before a lengthy hiatus.

Some bands should not attempt to revive themselves after nearly 15 years of silence. But we’re all better off because Lord Gore chose to do so. Their first album after that long slumber, Scalpels For Blind Surgeons, is, without exaggeration, the best thing they’ve ever done in an interrupted career that goes back to the ’90s. It’s also one of the most explosive, electrifying — and unabashedly ghastly — death metal albums you’ll hear this year. It will be released at the end of this week by Everlasting Spew Records, but it’s our ghoulish pleasure to bring you a full stream of all 11 tracks today. 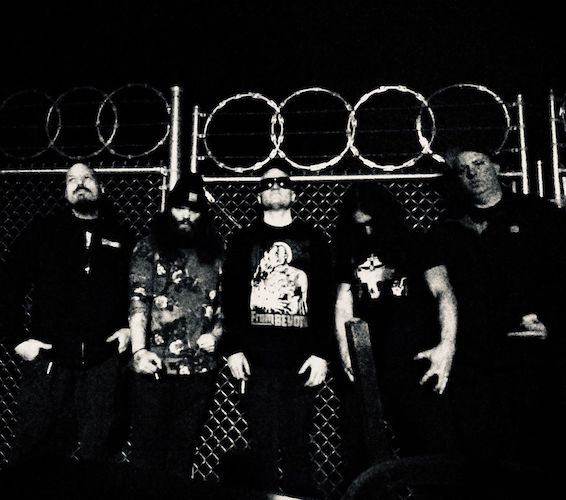 After such a long hiatus, it’s understandable that Lord Gore felt the need to re-introduce themselves to metaldom when DECIBEL premiered the first advance track off Scalpels For Blind Surgeons in early June: “Lord Gore is a pathogenic, mutated amalgam of deranged individuals who have produced grind and death metal in many bands from the Pacific Northwest since the mid-90s”. Of that particular song (“The Crawling”), they proclaimed that it’s “HEAVIER THAN ARMORED WHALE SHIT”.

So it is. But that’s true of every song on the album. Nevertheless, heaviness — and here, that means remorseless brutality — isn’t the only distinctive quality of Lord Gore‘s new music. Far from it. In fact, the music is relentlessly dynamic, not only in its pacing and rhythmic permutations but also in the changing stylistic ingredients and emotional sensations packed into every mutating track.

And so, the album becomes a changing horror show of violent cacophony, skull-splintering groove, and supernatural swirling melody, combining filthy old school death metal and grind with dashes of crust-punk and festering corpse meat that’s been left out in the sun too long. Lord Gore prove themselves as capable of stomping your fragile form straight into the ER or gutting you like a still-wriggling carp. They’re adept at creating sensations of crushing oppressiveness as well as injecting rocket fuel into your veins and igniting it, or frying your brain with pure screaming mayhem.

Even better, you don’t have to pick and choose among the tracks to get a strong taste of these variant ingredients and moods, because the band take you on this veering, vaulting, and crypt-diving thrill ride in every song. And they’re so damned good at all of it that it’s not getting old even when you’re up to the last of 11 tracks.

But don’t take our word for it. That’s what this full stream is for — so you can make up your own minds, with a few days to ruminate on the ruinousness before Everlasting Spew releases the record on August 9th. The label, by the way, recommends it for fans of Autopsy, Pungent Stench, Impetigo, and Rigor Mortis.

The cover art, which is almost as wild and horrifying as the music, was created by Alex Tartsus Art Studios.

2 Responses to “AN NCS ALBUM PREMIERE (AND A REVIEW): LORD GORE — “SCALPELS FOR BLIND SURGEONS””