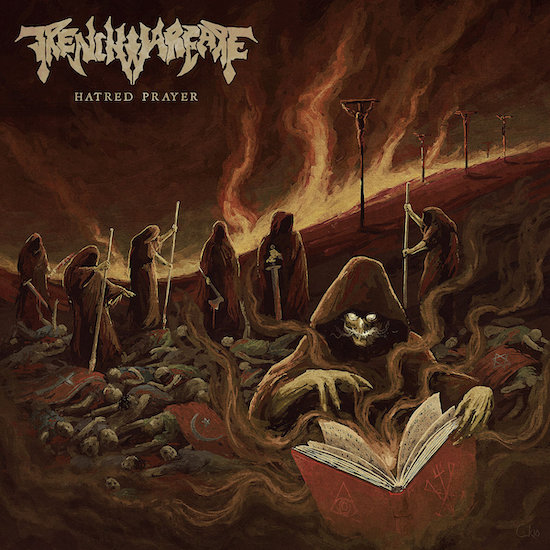 Trench Warfare is hatred and violence from the wasteland of West Texas. The Midland, Texas-based musicians are heavily influenced by bestial black metal, Florida death metal, and war metal. There are no beautiful melodies, no grooves, no slams, no fucking breakdowns. Just pure HATE and VIOLENCE!!!!! FUCK OFF!!!

If you have any suspicions about whether those words are accurate, let me first tell you that it’s a verbatim quote from the band’s Facebook page. And for a second thing, listen to “Decimate Legions“:

We usually position our song premieres at the end of the post, in the probably forlorn hope that you’ll read what we write before pressing Play. But here, it seemed like the best thing to do was just throw you into that maelstrom and leave the words for whomever was strong enough to survive.

“Decimate Legions” is another advance track from Trench Warfare‘s debut album, Hatred Prayer, which will be released by Transcending Obscurity Records on August 9th — this Friday. There are five other tracks available for listening (and we’ll include those below), but this newest one is what opens the album. The record builds on two previous demos by the band, 2015’s Perversion Warfare and 2016’s Of Vultures and Vermin.

“Blackened death metal” describes a multitude of sounds, but the variant known as war metal promises domination and decimation, and Trench Warfare deliver on that promise. “Decimate Legions” is auditory sadism. Relentlessly barbarous, it’s a frenzy of seething and savage riffing with a needling, corrosive sound, like an ant-swarm that has infested your ear canals and been set on fire. That sound is nearly atonal but still unmistakably feverish and fiery, and most of all cruel. Hyper-fast snare battering helps drive the assault, accompanied by freakish, pulsating and writhing soloing and a thrusting bass pulse. In command of the attack is a bestial voice uttering imperious, hateful tirades.

But you already know all this, because you listened, didn’t you? If you decided to read first, thank you, but don’t waste any more time. Hit that Play button without further delay. 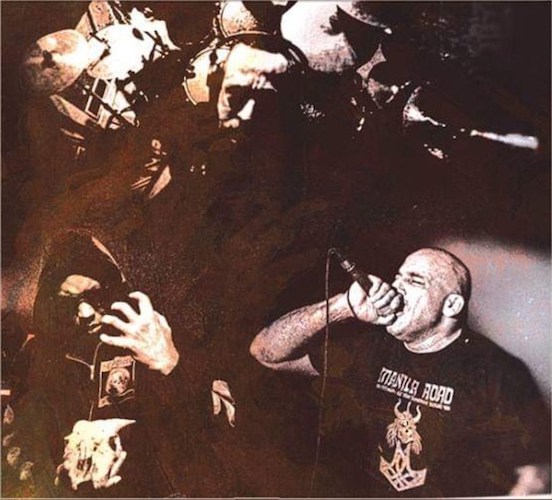 One Response to “AN NCS PREMIERE: TRENCH WARFARE — “DECIMATE LEGIONS””