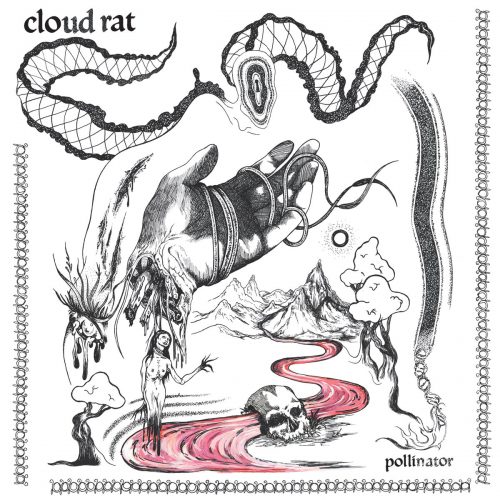 (This is Todd Manning‘s review of the new album by the Michigan-based grindcore band Cloud Rat, which is set for release on September 13th by Artoffact Records.)

It’s funny to watch the cycling of musical sub-genres. It’s not so much that anything goes away nowadays, but when it comes to sonic extremity, certainly flavors tend to move more or less out of focus. Recently, it seems Grindcore is starting to push to the fore with a batch of innovative releases. 2019 has seen not only the return, albeit in slightly altered form, of Discordance Axis, now under the moniker No One Knows What the Dead Think, but also forward-thinking releases from Immortal Bird and now, Cloud Rat.

Cloud Rat are certainly not rookies and their new full-length, Pollinator, is actually their fourth album. Much like Immortal Bird, Cloud Rat seize the innovation of classic Discordance Axis and make it their own. It is not that they are so much aping the sound of that classic trio as taking the torch of innovation and running with it. 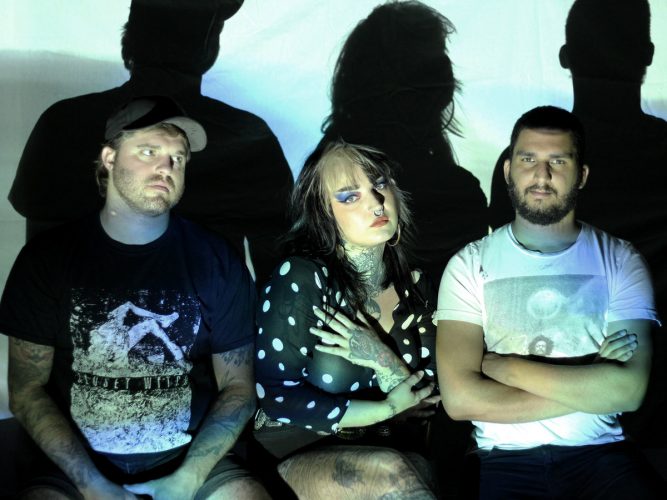 Cloud Rat are more Hardcore-oriented than the aforementioned bands, but their intensity and ability to reach paint-peeling speeds is without question. Album opener, “Losing Weight” leaves only scorched earth in its wake, but it is followed by “Delayed Grief (Farmhouse Red)”, a track that displays just what sets Cloud Rat apart. Everything starts off in predictably ripping fashion, but halfway through they pick up on a less immediate, arrpegiated riff that takes the song elsewhere. The figure is initially backed up with a blast beat and later with slower drum work and plays amid a flurry of other riffs and beats, tempos and cadences, all adding up to a labyrinth of material that flies by in under a minute.

Despite the over-the-top intensity levels, Pollinator displays a vast amount of subtly and nuance. “Seven Heads” has an understated bit of synth swells backing up the flurries of chaos while “The Mad” sees the trio showing they are just as adept at Doom as they are at blasting. Yet within the same song, once the slower tempo has passed, they hit the listener with riffs that seem to walk a fine line between melodic Hardcore and Black Metal, letting the listener decide where the influence truly lies.

This record is insanely brutal and unrelenting, yet within the limited framework of Grindcore, they are able to create music that is emotional, passionate. They hint towards melody often, without ever feeling like they are softening the approach. One listen of “Al Di La” shows this songcrafting ability, where the harmonic riffing is constantly building toward a powerful climax, and yet the intensity never drops below the red.“Webspinner” starts off sounding like Pelican trying to play Grindcore. “Luminescent Cellar”  goes full on Post-Rock for a moment before trawling through some Blackened Sludge. The album closes with the one-two punch of “Marionettes” and “Perla”, both rippers filled with a perplexing amount of detail. “Perla” in particular finds Cloud Rat injecting melody into their most Discordance Axis-inspired moments.

Like any great Grind record, Pollinator spews out sensory overload. The listener is pulled one direction and then jerked down another dark hallway before they can ever get their bearings. For every harmonic and melodic flourish, Cloud Rat spend an ample amount of time punishing the listener into submission. Every moment that peaks interest is just another barb that drags you deeper into hell. Chaos is the way, and Cloud Rat’s mastery is displayed in their ability to orchestrate this utter madness.