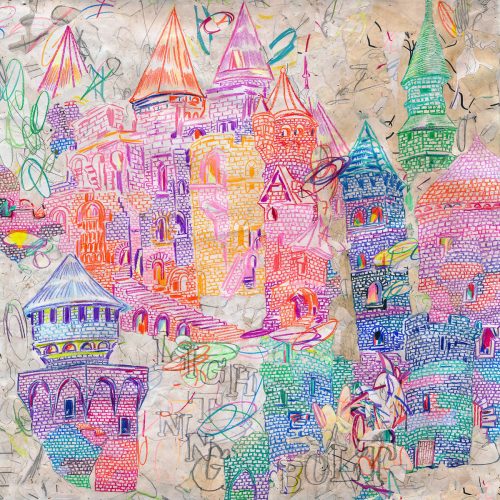 Lightning Bolt have a truly fascinating history, and an equally fascinating artistic bent (if it’s a new name to you, check out what The Font of All Human Knowledge has to say about ’em. I know I’ve dabbled in their music in the past, and I’m not sure I can explain (even to myself) why I’ve only dabbled. I decided to dabble again after seeing a friend link to this first song on Facebook along with a story about how they played in a street near downtown Seattle when too many people showed up to fit into the tiny art space where the show was scheduled. The flock of people blocked streets in all directions, 10 cop cars showed up and just waited for the show to end… different times for sure. 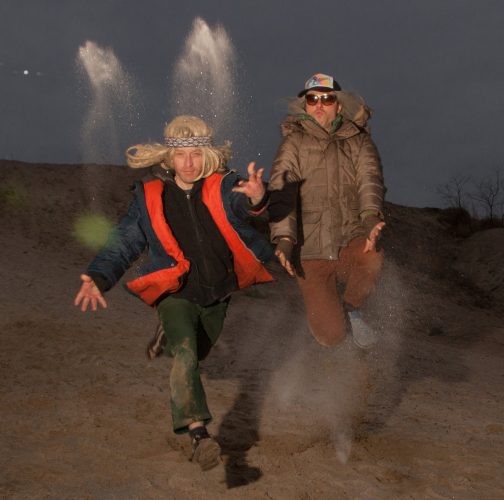 The song at the other end of the link my friend posted was “Air Conditioning“, one of 11 tracks on a new Lightning Bolt album named Sonic Citadel. Other tracks include “Hüsker Dön’t”, “Halloween 3” (a feature of their live sets for a really long time), “Bouncy House”, and “Van Halen 2049”. The album is billed as one on which Lightning Bolt have stripped away some of the distortion mask to reveal more directly the pop elements of their ultra-noisy music.

“Air Conditioning” is still plenty loud. Drummer Brian Chippendale plays with bursts of abandon while vocalist/bassist Brian Gibson executes blaring chords, pulsing notes, and ear-abrading, effects-laden yells and screams. The song is one giant pulse, and it kicks a lot of ass.

Sonic Citadel will be released on October 11th. 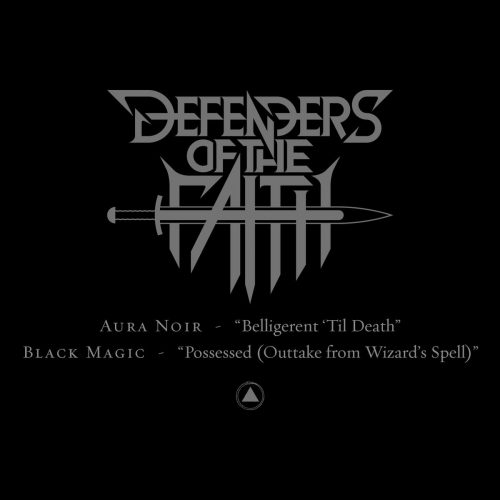 Music photographer Peter Beste has become well-known (or rather, better known) for his book True Norwegian Black Metal. He’s now releasing a new hardbound book of photographs called Defenders of the Faith, the focus of which is battle vest portraiture. The limited edition copy of the book comes with a 7″ vinyl record that includes unreleased music by Aura Noir and Black Magic. Along with an interview of Beste, DECIBEL debuted the Black Magic song yesterday, and that’s the next item in today’s collection.

This song, “Possessed“, seems to be one that dates to the recording session for Black Magic‘s 2014 EP Wizard’s Spell, though I see that a song by that name also appeared on their 2010 demo Reap of Evil. The music here is less extreme than most of what you’ll find at our site, but the occult atmosphere is so thick that I can’t resist it, and the channel-shifting echoes of the vocals are damned cool. Plus, the sequence of riffing and soloing that hits about two minutes in is electric.

Black Magic will release a debut album later this year or sometime next year via Karisma Records and Dark Essence, though it’s a different line-up and apparently will be a different style of music than what they’ve done before.

Aura Noir‘s recording for the 7″ vinyl is a song called “Belligerent ‘Till Death“, and I’ve included that stream below as well. You can pre-order digital versions of the two songs on Bandcamp, along with the vinyl version that comes with the book. The second link below is also a place to pre-order the book, and has more info about it. 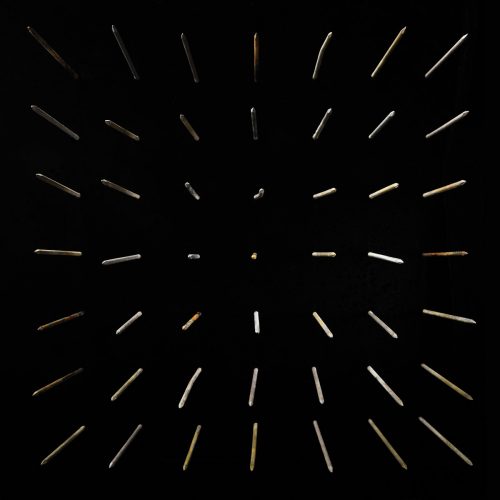 I listen to maybe five rap songs a year, usually because someone else around me is playing the music. A big part of rap’s relative unattractiveness to me is that I usually can’t hear the words because they often fly by too fast. Of course I can’t understand the words in most extreme metal songs, but to me they’re less important in metal than in rap, where the backing beats and other sounds usually don’t do enough for me.

I’m just putting my cards on the table rather than offering a critique. I have lots of metalhead friends who are deeply into hip-hop. And that’s how I came to listen to this new song by Clipping, the L.A. experimental hip-hop group, who seem to have a deeper appeal within metal circles than “mainstream” hip-hop. And I was enthralled by the track, the name of which is “Nothing Is Safe” — in large part because it was presented through a lyric video, which allowed me to read the words! The words are amazing. I can’t get many of them out of my head, or the images that they conjure, and the creepiness of the backing music enhances their chilling impact.

NOTHING TO PRAY FOR

It’s a horror story, and it seems fitting that the album on which it appears — There Existed An Addiction To Blood — will be released by Sub Pop not long before Halloween (October 18th). 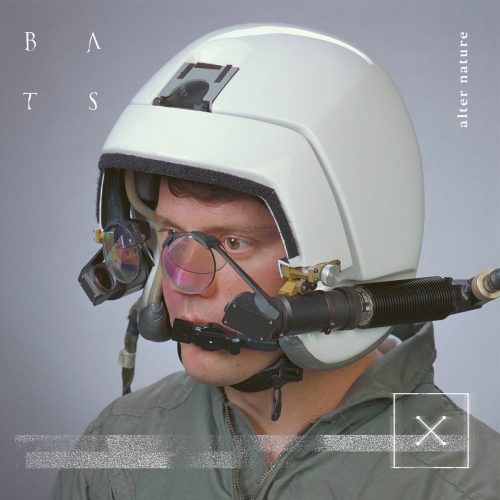 Before watching and listening to the lyric video for this song I wasn’t familiar with the band’s music. The song put me in its grip in part because of the lyrics, which describe a horror of a different kind than Clipping’s track, one that’s not supernatural. If you’ve seen Robert Shaw‘s description in the movie Jaws of what happened to the USS Indianapolis in 1945 you’ll know what I mean. It’s that event, in which the sinking of the Indianapolis put the 890 surviving crewmen into shark-infested waters for four days before rescue arrived, that’s the focus of “Old Hitler”. By the time rescuers arrived, only 316 were still alive, many of the rest killed in what is surely the greatest shark attack in human history.

As for the title of this song, Bats explain that “Old Hitler was a legendary giant hammerhead shark, nicknamed by US naval officers in the midst of WWII”. “This song”, they say, “posits the question… what if Old Hitler showed up at the sinking of the USS Indianapolis in 1945? What carnage would he have wrought?”

Apart from the lyrical interest of the song, which is a big part of its appeal to me, the quirky but heavy music is strangely seductive and insidiously head-moving (and the vocals get intense too).

Alter Nature will be released on October 10th. 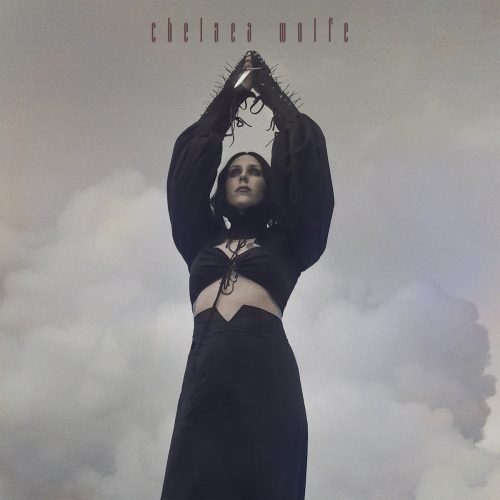 The final item I’ve chosen is a video for a new song by Chelsea Wolfe called “Be All Things“. It’s off her next album, Birth of Violence, which will be released by Sargent House on September 13th. The video was filmed by Ben Chisholm in Iceland, Northern California, and Moaning Caverns.

Wolfe’s voice carries the track, as it must, because she’s accompanied here only by acoustic guitar and a few dramatic synth swells (which are damned powerful when they happen). Her voice, of course, is astonishing. The song is spellbinding, and deeply haunting. The crescendo at 3:45 sends chills down my spine every time I hear it.