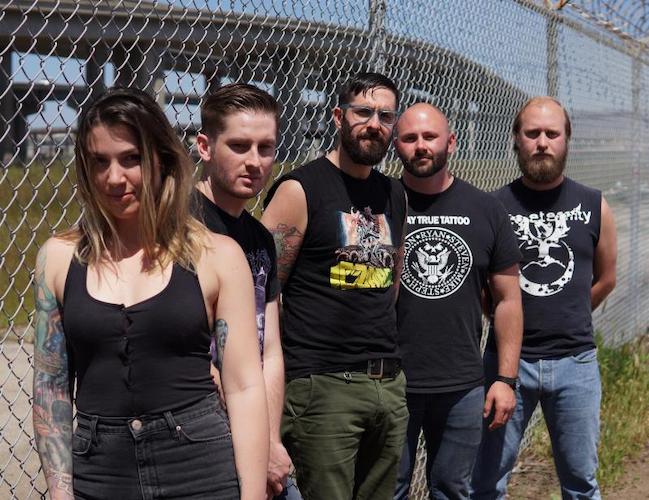 (In this latest edition of his Waxing Lyrical series, Andy Synn posed questions to vocalist Laura Nichol of Light This City, whose comeback album Terminal Bloom was released last year by Creator-Destructor Records, and received the following answers.)

My relationship (such as it is) with Californian Melodeath crew Light This City goes back almost fifteen years now, and their 2006 record, Facing the Thousand, remains one of my go-to albums to this day.

Sadly, as many of you will know, the band went inactive for nearly a full decade after the release of Stormchaser in 2008, leaving behind them a trail of broken hearts and shattered dreams (as well as a bunch of kickass music).

Thankfully for all of us, however, last year’s comeback album, Terminal Bloom, wasn’t just a long-awaited return for the band, it also happens to be one of their best releases to date, which is why I’m so excited to be bringing some more attention to it, and the band in general, via this piece from LTC vocalist Laura Nichol.

I’ve been writing lyrics and songs since I can remember learning how to write, so that came the most naturally out of anything when I co-founded the band with Ben.

Ben would love to have lyrical input, but since he does so much of the lyrical writing for Heartsounds, I wanted to be selfish and have full artistic control over the Light This City lyrics!

Each album has had a relatively encompassing theme.

Remains of the Gods took inspiration from Greek mythology and how a lot of elements from the stories still relate to humanity, love, womanhood, and our current society.

Facing the Thousand was influenced by the book Watership Down and what it feels like to be, at our core, animals.

I was going through a bad breakup during Stormchaser and reimagined some of my favorite Ray Bradbury stories into songs, because I love the way he gets into the nitty gritty of human nature. Everything is beautiful and creepy and desolate and hopeful all at once.

Terminal Bloom plays with the balance of the universe. When one thing is born, another thing dies. Everything comes at a price. 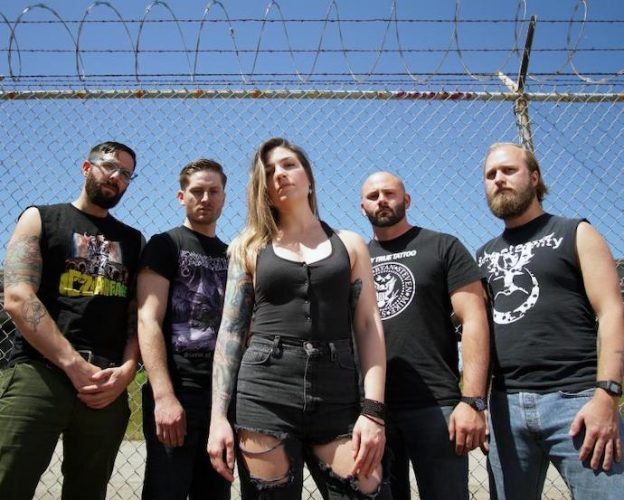 My favorite piece of writing is the poem “The Eagle”, by Alfred Lord Tennyson:

He clasps the crag with crooked hands,

close to the sun in lonely lands.

Ringed with the azure worlds he stands.

The wrinkled sea beneath him crawls.

He watches from his mountain walls,

EDITING! I like to think that I am much more concise with my words now, not only to be more straightforward with my ideas, but also because I think it lends to more powerful vocal patterns.

90% of bands glorify the killing of women within their lyrics because they think they are supposed to/it’s cool/it makes them more metal, whereas one of the reasons I admire a band like Darkest Hour so much, for example, is because they aren’t afraid to write about real shit: politics, love and relationships, etc.

These two songs are complete satire, about a serial killer who wants to build his own perfect woman from different victims. It’s overly descriptive with gruesome imagery, but it’s written from the victim’s perspective as she waits for the torture.

The killer turns out to be pretty pathetic. Mommy issues, resentfulness against women who won’t give him the time of day, the usual serial killer shit.

Why are they always glorified as being so metal? Survivors are the real badasses.

I think my direction in Terminal Bloom went a lot more personal and vulnerable.

Many of the songs, like “Dormant Tide” and “A Grotesque Refection”, deal with my frustration at my own anxiety. Growing up, I feel a lot less badass than I used to. I see where life has beat me down and I lament not being stronger during those times. But despite everything, I hold onto hope.

The title-track talks about the current state our country is in, and one of the shittiest periods of time I have ever had to go through as a woman.

“You are rotting, and it’s feeding the spores.” is the chorus, and it’s basically saying that the hate from our current administration is creating this mold-bloom across the country.

The last words of the song are “But from the rot, new life, from the spores, we rise.”

Death and hatred don’t last forever. Eventually there will be new life growing where decay ran its course.

Thanks for reading! Thanks for the opportunity to discuss my work! Read Bradbury!