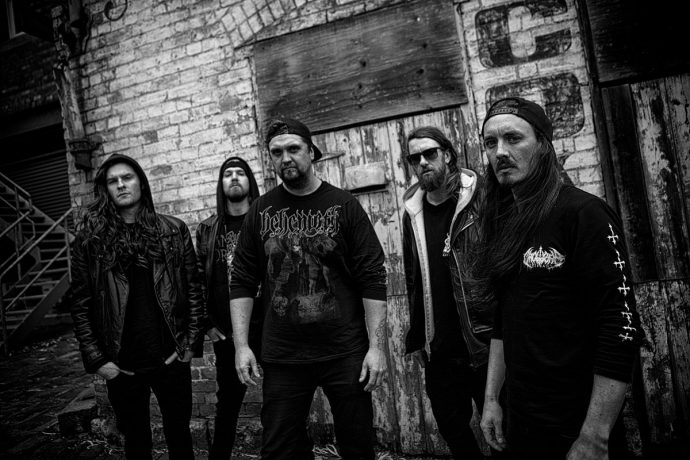 But that’s not going to stop us/me trying, obviously, so here’s a few words about half-a-dozen recent (or recent-ish) releases, running the gamut from some (relatively) big names to some underexposed underground acts. 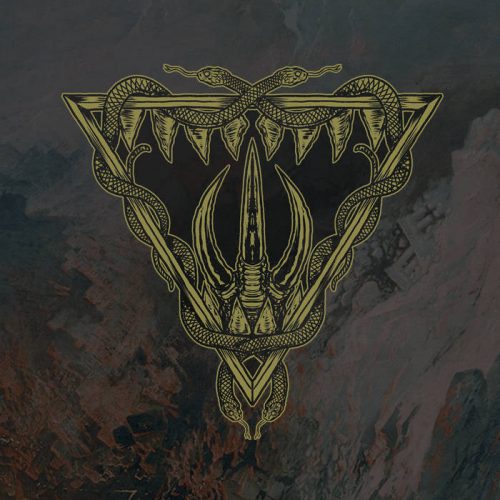 BLACKHELM – DARK CLOUDS OF THE INFERNO

The debut full-length album from Aussie quintet Blackhelm almost slipped under my radar when it was released last month, but thankfully I stumbled across it not too long after its release and have been thoroughly enjoying its particular brand of riff-heavy, hook-ridden Black Metal.

Fans of the recent Frosthelm and Wormwitch albums should definitely look into adding this one to their collection, as does anyone with an affinity for the classic cuts of Dissection, Necrophobic, etc, as while Blackhelm may not be a wholly original endeavour they’re still very good at what they do (the vocals and lead guitar work in particular stand out), and aren’t afraid of throwing in an unexpected twist (such as the climactic ten-minute title-track, for example) when they see the chance to do so. 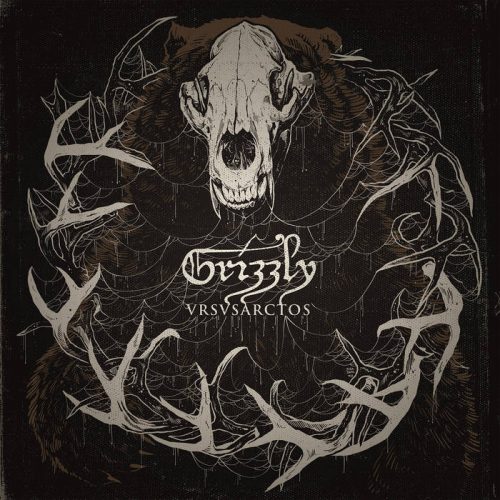 And, honestly, there’s not that more I can say about Ursus Arctos, the band’s second album, apart from that. It’s a little bit Sabbath, a little bit Corrosion of Conformity, a little bit Crowbar… a little bit Clutch… and splits its time between brooding, stoned-out swagger and snarling, sludge-tinged aggression in relatively equal measure… and is well worth grabbing a hold of if you’re looking for something tailor-made for a good weed- and whiskey-fuelled headbanging session. 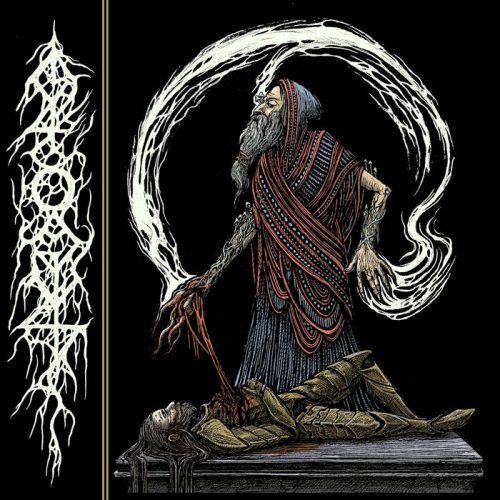 When a band describe their music as “Cosmic Fungal Hardcore” you’ve just got to give it a listen, right?

And I’m very glad I did, as Four Kings is an absolute monster of an album that delivers more grooves per minute than your local vinyl factory.

These aren’t your momma’s happy-clappy, hip-shaking grooves though. These are massive, mountain-levelling slabs of electric distortion and pounding percussion, ringed around the edges with sharp spikes of dissonance and topped off with some humongous, howling vocal lines, all jammed together into six stunningly heavy tracks of punishing, take-no-prisoners Sludge-core that actually conceal some surprisingly melodic and proggy touches amidst all the furious fuzz and abrasive aggression. 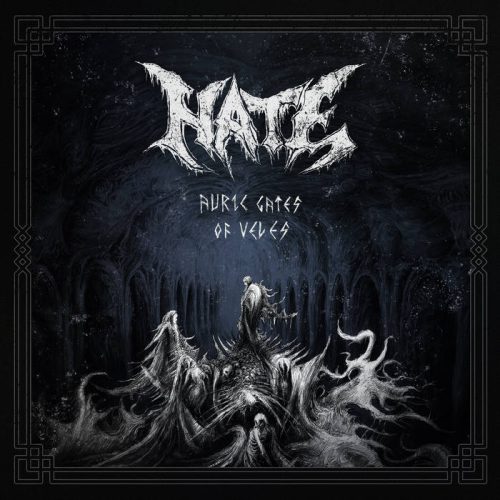 Hate are a band that need no introduction, especially since Auric Gates of Veles is the band’s eleventh(!) album. As well as, as it turns out, one of their best.

Picking up where 2017’s Tremendum left off, songs like “Seventh Manvantara”, “The Volga’s Veins”, and “Sovereign Sanctity” (arguably the album’s best track) find the Polish duo (and their hand-picked cadre of co-conspirators) travelling even further down the path towards a much more heavily Black Metal influenced sound – think Dark Funeral more than Behemoth – while still maintaining much of the punchiness and power of their previous sound.

It’s a leaner, meaner, and altogether tighter version of the band than we’ve seen in some time, and thus avoids the slightly bloated feel that has occasionally afflicted some of their most recent albums, resulting in a record that is easily their finest hour (well, thirty-nine minutes and change) since 2010’s Erebos. 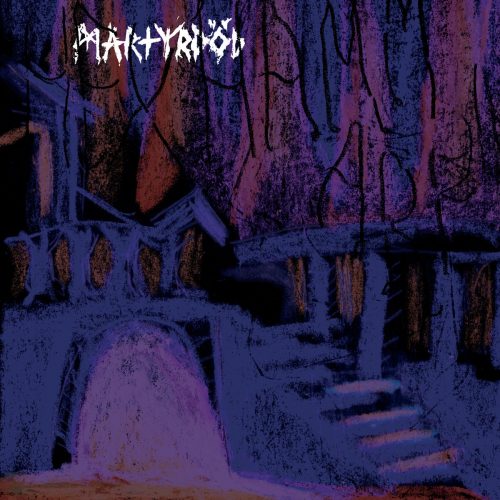 Seven albums into their career Martyrdöd are another band who should need no introduction to regular readers of this site, especially since their last album, 2016’s List, is widely considered amongst our writers to be the best of the band’s career (and one of the best releases of that year).

And while, if I’m going to be brutally honest, Hexhammaren doesn’t live up to the obscenely high bar set by its predecessor, it’s still one hell of a ride, taking the band’s signature Metallic Neo-Crust sound – Swedish punks playing Black Metal covers of early Iron Maiden through gear they’ve borrowed from At The Gates – in an even heavier and more pissed-off direction.

Stand-outs include the opening title-track, the triple-header of the chaotic “Bait and Switch”, the ridiculously catchy “Nästa Syrien”, and the Death Metal encrusted “Cashless Society”, as well as late-album highlight “Pharmacepticon”, and even though not every song hits these same heights, I can guarantee you won’t be disappointed if/when you pick this one up. 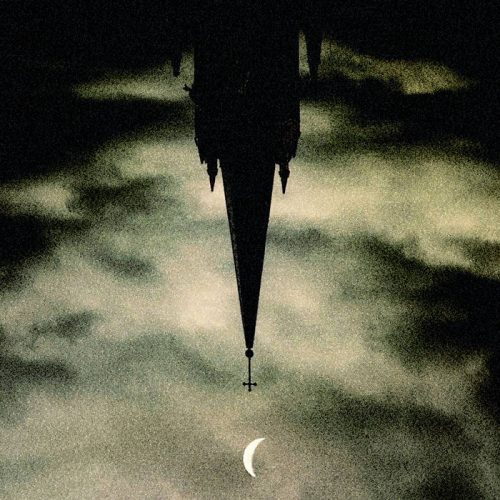 Last, but by no means least, Polish Black Metal quartet Useless describe the music on their third album as “disgusting, depressive, hypnotic and cold”, words which should hopefully prepare any otherwise-unwitting listeners for what they’re about to experience.

Crawling down the same crooked mental corridors as Infestus, Der Rote Milan, and their ilk, songs like the harrowing title-track – twelve-and-a-half minutes of moody, morbid riffs and dreary, desolate melody – and the soul-crushing “Descend Into Oblivion” find the band chasing the black dog of despair ever deeper into the darkness, and daring you to follow.

It’s not a pleasant trip, by any means (in fact it gets positively doomy at times), but it is, as the band themselves stated, incredibly hypnotic, and the sort of album you could easily lose long periods of time to if you’re not careful.

3 Responses to “A(NOTHER) DIRTY HALF DOZEN”