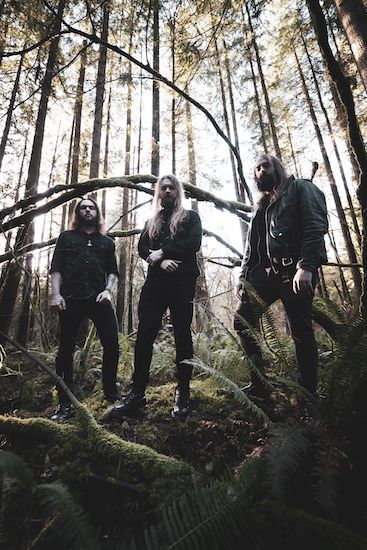 (Here we have a pair of reviews written by Andy Synn, juxtaposing the new albums by Vancouver’s Wormwitch and North Dakota’s Frosthelm.)

Every time that I’ve done this previously – bundling together paired reviews for Marduk/Funeral Mist, Arsis/Revocation, and Gorod/Beyond Creation – the response to the format and structure of the article has been surprisingly positive, hence why I decided to resurrect it for this piece.

The idea, after all, has always been about using comparison and contrast as a way of both critiquing and celebrating the artists involved, not in a way that necessarily invites or invokes competition, but in a way that uses each band as a mirror or a prism through which to view and reflect upon the other.

It’s also a great way of encouraging fans of one band to check out the works of another, similar, artist, if they haven’t already (and does wonders for our google rankings too).

So, without further ado, let’s take a look at the latest offerings from Frosthelm and Wormwitch, shall we? 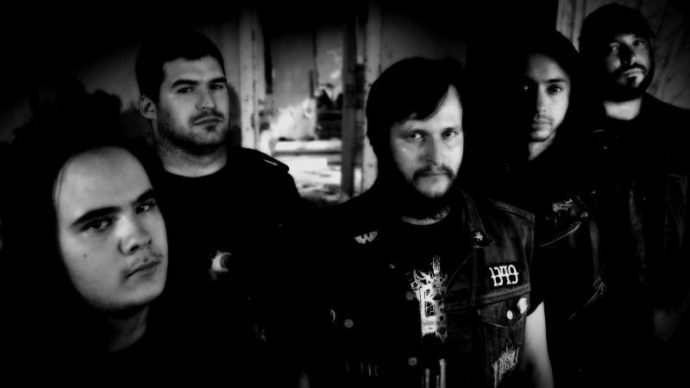 On the surface (and under it) the two bands have quite a lot in common. Both bands have just released their second album (Wormwitch’s new record is released today via Prosthetic Records, as a matter of fact), and both bands ply their tyrannical trade under the brimstone banner of Black Metal, with a big emphasis on big riifs, big hooks, and big melodies.

However there are some definite differences and distinctions separating the two acts, which I’ll go into further very shortly.

Pyrrhic, the second album from North Dakota firebrands Frosthelm, finds the band building on the Black/Thrash foundations of their debut by incorporating some nascent progressive tendencies in a manner which, along with their penchant for melding wild, winding tremolo runs with choppy, rhythmic riffage, frequently puts me in mind of early-mid-period Vreid.

It probably doesn’t hurt that the venomous snarl of Frosthelm vocalist Bernard Pfliger bears more than a passing resemblance to that of Sture Dingsøyr either, as becomes immediately apparent during the reckless gallop of impressive opener “A Gift of Razors”, a song which could easily serve as a microcosm for the rest of the album, bringing together a bevy of scything tremolo runs, galloping thrash riffs, and some surprisingly epic, shred-worthy lead guitar melodies which together combine into something more than the mere sum of their parts.

Granted, this isn’t always the case, as there are some definite moments where Pyrrhic – as spiteful and scorching as it can be – feels like it’s spinning its wheels a bit, but at its strongest, such as the horribly hooky, almost Metallica-esque “The Sorceress” or the bombastic bombardment of “Pisslord”, it’s almost impossible not to get sucked into the band’s mighty metallic maelstrom.

And while I’d argue that the back half of the album doesn’t stick the landing quite as well as the first half, largely due to issues of overall pacing rather than because of any major failings by any of the individual members, it still ends on a strong note with the shamelessly extravagant strains of “Pyrhhic II: Looming Dusk”, a track which stands as perhaps the fullest and most coherent realisation of the band’s proggy ambitions.

As I said at the beginning, there’s quite a few similarities (though also quite a few distinct differences) between Frosthelm and Wormwitch, as the latter also deal in some riff-heavy and melodically-astute Black Metal that has more than a few “progressive” tendencies as well.

The cantankerous Canadians, however, eschew the thrashier sound of their American allies in favour of a sharper and more serpentine approach similar to standard-bearers like Necrophobic or Watain, with perhaps a dash of latter-day At The Gates (“Iron Woman”) and Agalloch (“Dancing In The Ashes”) thrown in for good measure.

What this means, in the grand scheme of things, is that while Heaven The Dwells Within might be less overtly “heavy” than its companion above (though a song like the raging “Lord of Chains” might beg to differ), it’s ultimately a much more rounded and cohesive record overall, and the sheer electricity conjured up during tracks like powerful opening pair “Disciple of the Serpent Star” and “Vernal Womb”, or the devilishly dark “Benighted Blade”, is simply undeniable.

It’s also a ridiculously catchy record, while also paying just the right amount of tribute to the old-school along the way, and killer cuts like “Two Wolves” and the grim-faced grooves of “Midnight Sun” could easily give similarly insidious numbers from modern-day classics like Sworn to the Dark or last year’s Mark of the Necrogram a real run for their money.

Closing with the impressively nuanced, and rivetingly potent, “Alone Before the Doors of the Silent House” (which is, FYI, pretty much the only song where I hear even the slightest hint of the putative “Crust” influences which seem to exist almost entirely in the heads of certain writers/PR reps), I’m left with the distinct impression that although both Pyrrhic and Heaven That Dwells Within are definitely going to pick up a lot of new fans for both groups, it’s the latter album that’s going to have the biggest impact and leave the biggest mark on the scene when all is said and done.

That’s not to downplay Frosthelm’s efforts at all, by the way, it’s simply an acknowledgement that, in terms of structure and pacing at least, Wormwitch’s latest effort feels like a more complete “journey” (if you’ll pardon the cliché).

Still, if you like one of these records, but haven’t checked out the other one yet, then I implore you to do so ASAP, as I’ll count every single person who reads this column and comes away as a fan of one, or both, of these two bands as a big victory for everyone involved.

2 Responses to “A TALE OF TWO ALBUMS: FROSTHELM AND WORMWITCH”