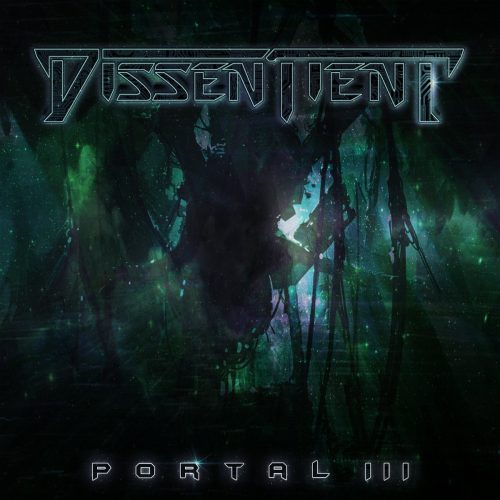 (Andy Synn reviews the new album by Dissentient from Ottawa, Canada, which was released on August 23rd.)

It’s very easy these days to become jaded and cynical when one is confronted by the sheer amount of music out there, much (if not most) of which offers only the slightest variation on the same old tired themes.

It sometimes seems that, instead of the proposed “infinite variety, in infinite combinations” which the future once promised, we are instead assailed by an endless array of copycats and sound-alikes whose entire purpose seems to be simply regurgitating things we’ve already heard in ever more dumbed-down and easily digestible forms stripped of all their subtlety and nuance.

But, every once in a while, if you’re very lucky (or very persistent), you stumble across an album which reminds you that, sometimes, all it takes is a slight tweak, or a slightly different perspective, to make something otherwise familiar feel utterly vital and vibrant once again.

There’s no doubt that the Canadian cyber-metal crew hold the works of Meshuggah in high regard. That much is obvious from the moment that opener “Pthumerian” kicks in with its bombastic blend of dense, down-tuned riffs and eerie, pseudo-melodic lead licks, all of which clearly acknowledges the primary influence of the mighty M.

But whereas other bands like to try and take this influence and smooth it out into something which most closely resembles polyrhythmic pop, Dissentient have gone a different way, streamlining the songwriting while simultaneously doubling down on the Death Metal side of things (Meshuggah are, after all, a Death Metal band at heart) by intensifying the riffage, heightening the technicality, and lowering the vocals into a more guttural range.

Songs like “Serpent of the Void”, “Blood Digital” and “Cyberdemon”, for example, certainly owe an undeniable debt to Kidman and co., but the more aggressive attack of the riffs and drums gives the band an even more confrontational, Darkane-esque vibe, and the use of big, brutish vocal hooks and precise, proggy fretwork also recalls the similarly extreme-yet-ear-catching approach of long-time NCS favourites Endolith and Allegaeon without sounding too much like either one.

(By the way guys, if you’re reading this, kudos on the use of the introductory sample in “Cyberdemon”, which instantly put a big smile on my face).

The incorporation of some impressively effective, mood-enhancing synth work (as well as the occasional blast of hyper-pneumatic riffage – see “Aug” for a prime example) also suggests that there’s some significant Fear Factory influence at play here – something which I haven’t been called on to mention in a long time – while the more melodic and technical sounds of “E-001” and “Ghost and Martyr” showcase a series of influences one can’t attribute to any of the names mentioned above, demonstrating that Dissentient’s creative palette is far wider/deeper than it first appears.

And while I’m still of two minds regarding the utility of the Us-sampling, synth-led instrumental interlude of “Synaesthesia Green”, the same definitely can’t be said of bold closer “Portal”, which sees the band saving the best, and proggiest, for last, juxtaposing some of their most atmospheric and melodically-inclined music (and vocals) against some of the album’s most truly massive riffage.

I noted at the beginning how easy it can be to get burnt out on music when you’re exposed, day in and day out, to bands who constantly fail to impress or inspire. But the flip side of this is that it’s almost a revelation when you come across an artist or album which reminds you exactly what it is you love about a certain style or genre of music.

Portal III was one of those albums for me. Hopefully it will be for you too.