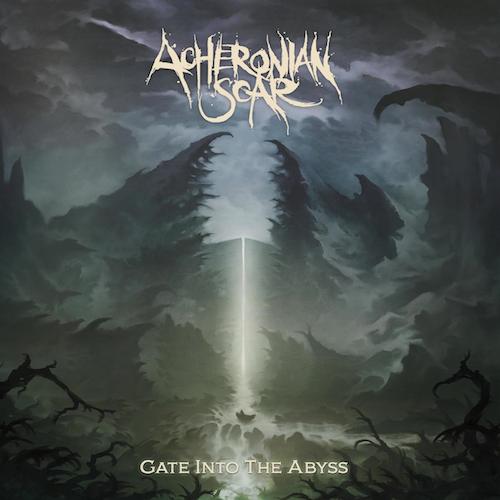 (TheMadIsraeli returns to NCS after a hiatus with this review of the debut album by the Swiss band Acheronian Scar, which was released yesterday.)

The symphonic death metal space has long been dominated primarily by SepticFlesh and Fleshgod Apocalypse as its gatekeepers. Both have become legendary bands in their own right who’ve released a decent catalogue of powerful, majestic, yet brutal and sinister death metal inn which they’ve attempted to mix classical elements and instrumentation in a way that meshed. I, however, feel both bands have gotten a little too comfortable. Both Fleshgod and SepticFlesh feel like they are leaning back on the gimmick of their orchestral elements, and foregoing the need to push the metal instrumentation and composition aspects of their material. For me, the last two albums from both bands ended up being forgettable and lacking in substance.

Acheronian Star are the meteor-killing-the-dinosaurs moment for symphonic death metal in my mind, and the best band I’ve heard attempt this style. They precisely attack the style’s greatest weakness, an over-emphasis on the symphonic and a belittling and simplifying of the death metal part of the music. They boast technical musicianship and compositions that rival Obscura and Beyond Creation while employing a stripped-back orchestral presence that carries the majesty and vitriol of albums like Fleshgod’s Agony without relying on the orchestral gimmick. 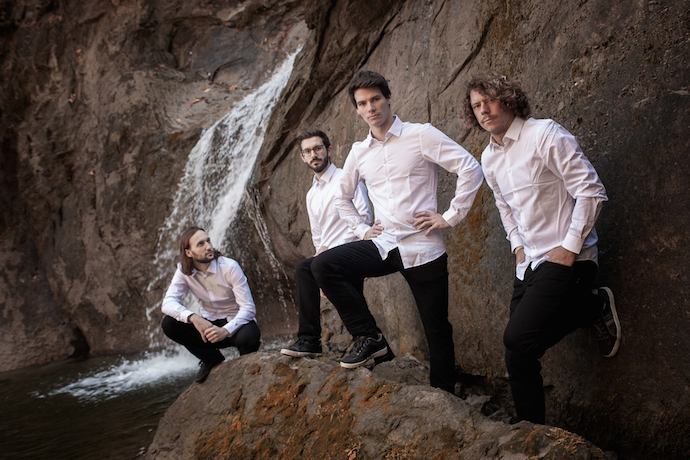 Today we’re reviewing the band’s debut album, Gate Into The Abyss, a fitting title for a record loaded to the brim with impassioned,, sinister technical riffing that’s backed by wonderful string interplay and counterpoint to the band’s active technical riff writing. The album’s intro/opening track, “Descent/Into The Abyss”, is a definitive “we’re not fucking around” statement of an opener if I’ve ever heard one, a ballet of harmonized spider-dance riffing, strings, choral work, and the Cthulhu-esque growls of vocalist Elias Fuchs. It’s a delicate balance that’s masterfully maintained while being consistently and hypnotically propulsive.

The start/stop ballad “Eternal Judgement” elegantly juxtaposes black metal chord and tremelo work with grand piano in dramatic, explosive fashion, with some top notch solos, while songs like “Past The Gate” and “Revelation” are apocalyptic doomsayer numbers that serve to do nothing but beat you to death with class. “Denial” has some of the best guitar/piano interplay I’ve heard in a metal song as well. It’s a majestic death march that befits the best of Polish imperialism.

“Darkness Prevails” is undeniably the most powerful groove I’ve heard all year, just a flat-out death march with military-discipline riffs, rumbling double bass, and heavy strings providing rhythmic accents. “Blazing Flames” is a blackened death metal juggernaut with a very Middle Eastern inspired acoustic and vocal section that is really sick. “Righteous Punishment” is a masterpiece of technical blackened riffing and layered Obscura-style riff work, all wrapped up in a brutal waltz of death and desecration. It’s a fitting closer, –unrelenting, over-the-top, and sophisticated.

This style has sorely needed rejuvenation for some time. Acheronian Scar provide that rejuvenation. I’m beyond excited to hear what a next album will sound like.

One Response to “ACHERONIAN SCAR: “GATE INTO THE ABYSS””