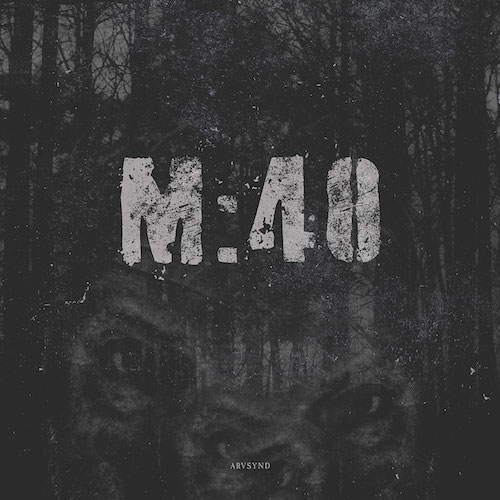 You scuffle along dirty sidewalks that edge mean streets, kicking the detritus in front of you, head down and lost in your own gloomy and frustrated thoughts. Suddenly the gloom becomes a fury. Maybe you’ve walked right into someone else in your blind momentum, and the shock springs a fragile lock in your head. Maybe everything that’s been seething just suddenly reaches a violent boil of its own accord, because nothing you’ve been thinking leads to any solution, and all the agony and rage you’ve been trying to work through or suppress just won’t be held down any longer.

Repression only works for so long, and the growing pressure you’ve been trying to contain only magnifies the explosiveness of the release. Nothing is solved, no solace presents itself. But what else are you supposed to do? You eat yourself alive, or you let it go, and give the nitroglycerine in your veins something else to consume, with fire.

With emotionally powerful music, what we take away from it is always unique, because that’s an alchemical product of the immutable sounds and what’s inside of us, which is never exactly the same as what’s inside someone else, including the band who made it. The first paragraph above is just what I imagined and felt in listening to “Svinakungens sal“, the track we’re presenting today from the new album by M:40. You might get a different feeling, but whatever that might be, it’s bound to be intense — because this is a damned intense song. 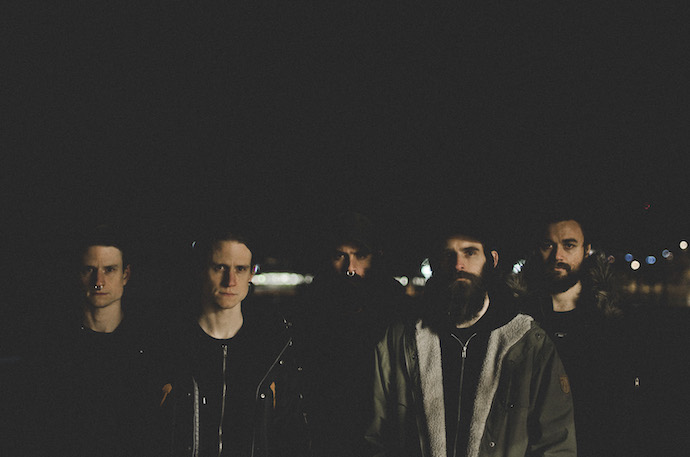 The name of the album — the fourth one by these men from Lidköping, Sweden — is Arvsynd. It will be released by Suicide Records and and Halvfabrikat Records on September 28th. The short-hand reference for the music in the advance press is “a metallic d-beat crust sound in the vein of Victims, Disfear, Tragedy, etc.” The band’s list of inspirations also includes Breach, Cult of Luna, Sepultura, Neurosis, Wolfbrigade, and Martyrdöd.

The reactions in the first paragraph above aren’t rooted in the lyrics of “Svinakungens sal”, but instead in the combination of sounds, with the voice just another instrument. As for the lyrics on the album, M:40 explain: “The lyrics are about the political turn Sweden and the world has taken in recent years. The title Arvsynd (original sin) refers to the sin we inherited from earlier generations, and the dying planet filled with fascism and egoism we leave to our children. The bomb has fallen. War is already upon us.”

That feeling of disgust and anger comes through in “Svinakungens sal“, which opens the album. Moody guitar reverberations and big low tones lead into a d-beat gallop and a howling gale of abrading guitar distortion and throat-splitting vocal ravages. When the surging rhythm becomes less frantic and the bass and drums methodically pulse and pound, the strummed chords become bleak and bereft in their resonance, providing a different shade of darkness. At riotous speed, the song becomes a cathartic anthem of pain and fury.

Two more tracks from the album can be streamed at Bandcamp, and one of them (“In I Labyrinten”) was released with a music video. We’ve included all that below, along with our own premiere, and all of it is definitely worth your time.