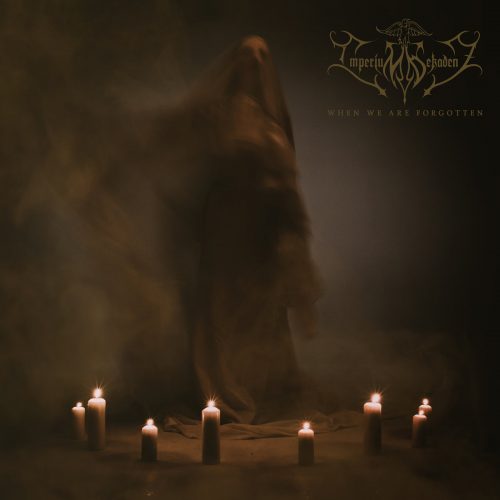 (This is TheMadIsraeli’s review of the new album by Imperium Dekadenz, which was released on August 30 by Napalm Records.)

I’ve known the name Imperium Dekadenz for quite a number of years but never checked them out. Their music was classified as black metal, which I hated in my early years as a fledgling metalhead and later on because the label “atmospheric black metal” in particular seemed to be frequently assigned to the absolute worst of bedroom production and gimmicky tripe.

Nevertheless, with the impending release of their new album I decided to check them out for the first time ever, because my metal palate has expanded and because, while atmospheric black metal as a label can still be associated with some of the worst music I’ve heard in my life, I’ve discovered that it also harbors an interesting form of black metal, one that embraces the vocal style and the vibe of occult or generally spiritualist mysticism, but is just doomy melodic death metal when you really break it down. 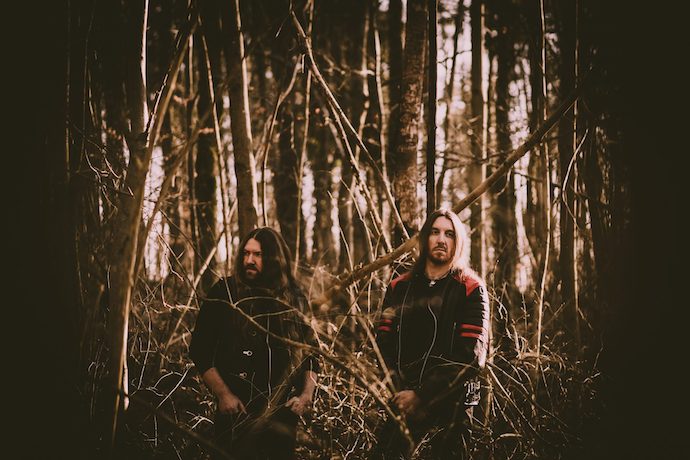 Since this is my first time hearing Imperium Dekadenz, I have ZERO idea how the new album compares to their previous work.  What I do know is that I’m very very into what the band are doing on When We Are All Forgotten. There’s definitely black metal here — the vocals, blast beats, and trem0lo-picked leads of the style abound — but the band are favoring a doomy melodic death metal aesthetic.  The melodies are very somber and morose in a way that will quickly remind people of NCS favorites In Mourning or Daylight Dies, I just feel like they translate that musical approach into a black metal context. Some of this music is straight up visceral in the saddest way, which is a good thing in this context.

The “atmospheric” portion of their genre label is rightfully earned here as well, with guitar performances that tend to emphasize a lot of harmonic dissonance and ambient lead work under grinding dirges of nasty Candlemass-esque riffs.  Without backing away from my previous comparisons, I also detect the influence of funeral doom from a melodic standpoint.  The mix of the album itself really reinforces what they want to go for — it’s cavernous, huge, and edges on white noise intensity at times. Some industrial elements are also in the mix too, which is a thing I always favor in black metal.

As far as reviewing this album in more detail, that just isn’t possible for me, and maybe detailed dissection of their music isn’t what Imperium Dekadenz want either.  This is a melancholic oppressive wall of sound that I think is meant to just wash over you for over an hour, and you’re meant to simply take it all in.  There are no great attempts at diversity nor any straining to become novel; the band do one thing and they do it superbly well in a way that hooks my ears. I will say that the opening title track, “Transcendence”, “Absenz Elysium”, and “My Solace I (Choirs Of Solitude)” epitomize the sound of this album.

When We Are All Gone is great.  It’s very well done, layered, sad as fuck metal that doesn’t lose the intensity of its heaviness while also being masterfully composed.  I definitely recommend it as a first time listener of the band. A full stream is available here.

4 Responses to “IMPERIUM DEKADENZ: “WHEN WE ARE FORGOTTEN””