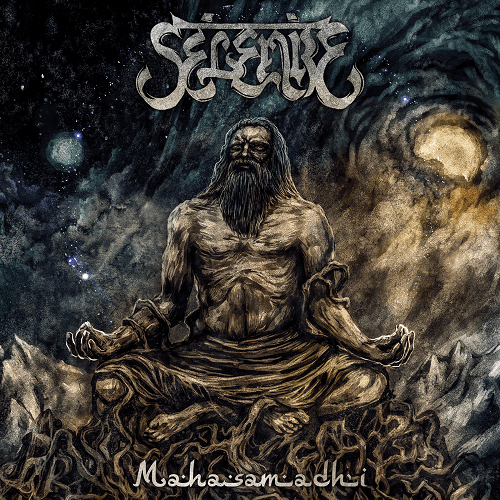 Mahasamadhi is the debut album of Selenite, a project created by Stefan Traunmüller of the ’90s symphonic black metal band Golden Dawn. Here, he wrote and recorded everything, joined by professional opera singer Antonia Gust on two tracks. The music could be thought of as an amalgam of funeral doom, doom/death, and maybe a bit of symphonic black metal, yet the resulting fusion stands apart from all those antecedents, creating an experience that is both terrifically heavy and mesmerizingly mystical.

Clues to the visions captured in the songs can be found in the project’s name, which has two meanings: “Selenites” was the name given by certain sources to imagined inhabitants of the moon during the 19th century (and to extraterritorial civilization of lunar creatures encountered by human explorers in H.G. Wells‘ 1901 novel First Men in the Moon). “Selenite” is also the moonstone, a white gypsum crystal that is thought to calm and soothe the mind and to bring tranquility.

Further clues can be found in the album’s title. We are told that “Mahasamadhi means the intended death of a yogi who has reached unity beyond duality and is free from all karma,” and thus the integration of Sanskrit mantras and Eastern spirituality is part of Selenite’s concept. 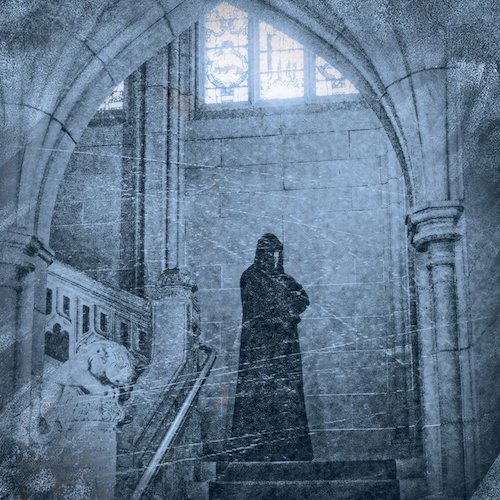 But these are only clues, and perhaps could be even somewhat misleading ones, if interpreted as a sign that the songs are merely meditative or trance-inducing. For example, the song we’re premiering today in advance of the album’s October 21 release by Seance Records, “Channeling Chants From Beyond“, is indeed entrancing and meditative, but it’s more than that.

True to its title, Traunmüller gives solemn voice to a Sanskrit mantra, backed by music of stately pacing and looming otherworldly power. But he also growls from abyssal depths, and the song also includes haunting song that rises to wraithlike heights and becomes entrancing all by itself. The music brings crushing heaviness, but also sinuous leads that flow like tears of the bereaved, and a beautiful piano instrumental that accompanies Ms. Gust‘s riveting voice. The interlude creates a contrast, but an even greater one occurs when the music detonates without warning just afterward, a detonation that leads into a glacially-paced example of funeral doom magnificence, in which the variable vocal styles combine and the mournful tones of an organ slowly cascade over explosive drum eruptions.

The extremity of grief in the music is palpable, and its weight is titanic. But it also mounts in power, and in the final minutes, when Antonia Gust‘s magnificent voice soars in combination with Traunmüller’s own, the song reaches a zenith of mystic magnificence that sends chills down the spine.

Today’s premiere is the second advance track to be revealed from the album. The first one, “Final Reckoning“, reveals still more dimensions of the album’s multi-faceted experience, and we’ve included it below as well. It employs a heavyweight bass pulse, and also features a neck-bending, gut-bruising drum performance. The music stomps and pounds, and the riffs are as thick as redwoods. But the principal melody is carried by high wailing vocal harmonies in a classic doom style that are gripping. The melody is eventually picked up and carried by the guitar, as the vocals drop into a cavernous growl. The combined effect is both spellbinding and bone-breaking.

About four minutes in, the song briefly accelerates and picks up energy with a jabbing riff over a rumbling low end, so you can move your head faster (and you’ll damn well want to), before resuming its stately, moon-lit ferry crossing over the Styx, which is a passage of alabaster beauty. It’s the sort of song that’s transportive — and very tough to get out of your head.

Mahasamadhi will be released by Seance Records both digitally and on CD, and it’s available for pre-order now.