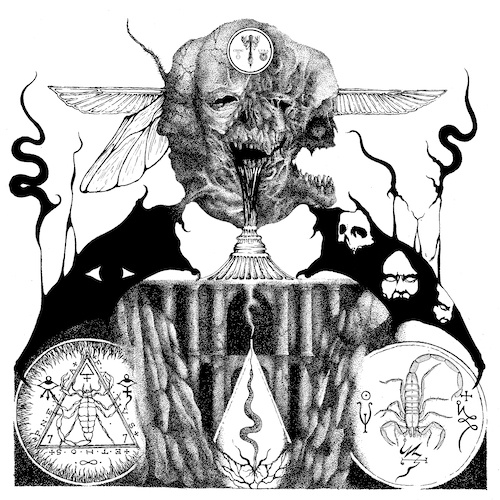 The name of the abominable two-headed Venezuelan black/death entity Cthonica is an acronym, in its longer form manifesting as Claiming the THrone Of Noxious Illuminative CAtharsis. The members took their first steps under the name Okkvlt, but evolved and twisted their creative impulses into more ravaging forms under the name Cthonica, soon to be revealed through their debut album Typhomanteia: Sacred Triarchy of Spiritual Putrefaction.

The album is composed of three main tracks divided into acts, which represent three aspects or steps for what the band call “Spiritual Putrefaction”, or “pneuma-morphosis into corruption”: “Act I: The Chalice” (Will: To drink from the cup of Sin), “Act II: The Lantern” (Light: To enlight the paths of Acherontic teachings…), and “Act III: The Verb” (To Dare: As the alchemical / magical principle, to point the sword high and spread the seeds of damnation). We’re told that the remaining tracks result from the continuation of the first ones, all in order to “serve as bringers of the leviathanic breath (and winds) of Typhon towards Tehom”.

What we present today is Act VI, which represents a continuation of Act III. Its name is “…Not As Those Who Served and Preached In Obeisance“. 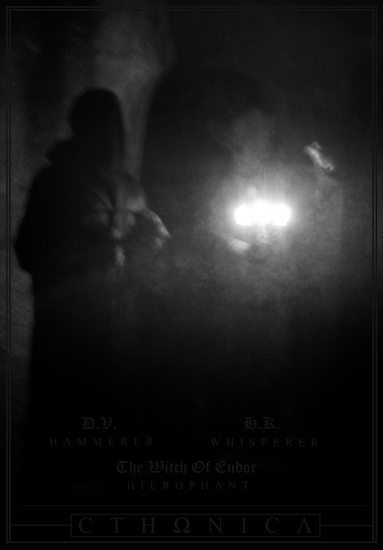 This new track creates a range of sensations. It’s primitive, punishing, and poisonous, deformed and disfiguring, but also otherworldly and intoxicating. The rhythmic drive of the song has a primordial quality, as the pounding drums and deep throbbing bass awaken ancient carnal impulses. But surrounding those primeval pulsations is a dense hurricane of writhing and mind-wrecking sounds, whose tonalities fall into a strange netherworld intersection that is glowing and glaring, and grotesquely abrading. That sonic storm attacks the mind like a gale of sharpened razors wielded by a cadre of malicious spirits.

In combination with a deep, horrid, guttural roaring voice, which rises to heights of howling lunacy, the track seems a manifestation of murderous insanity, subtly rising and falling with a crazed rhythm. There’s a slight subsidence in the cadence, during which searing, demented guitar leads can be heard through the brutalizing maelstrom, in flurries that are brazen and boiling, spliced with bursts of clattering percussive mania.

It’s a ruinous and ritualistic blast that’s relentless and remorseless, wretched and yet reveling in “The Supreme And Absolute Omnipresence Of Death”.

For more insights into the inspirations and lyrical themes of Typhomanteia…, we recommend a recent interview of Cthonica at OccultBlackMetalZine which you can find here.

The album will be released on October 25th in differing editions by a triumvirate of labels — Sentient Ruin, Caligari Records, and Clavis Secretorvm. Pre-order links for all of them are below.

The track we’re presenting today is the second one to surface from the album so far. The first one, “Act I: The Chalice“, premiered at Metal Injection, and below we’ve included that song stream as well as the one we’re premiering.