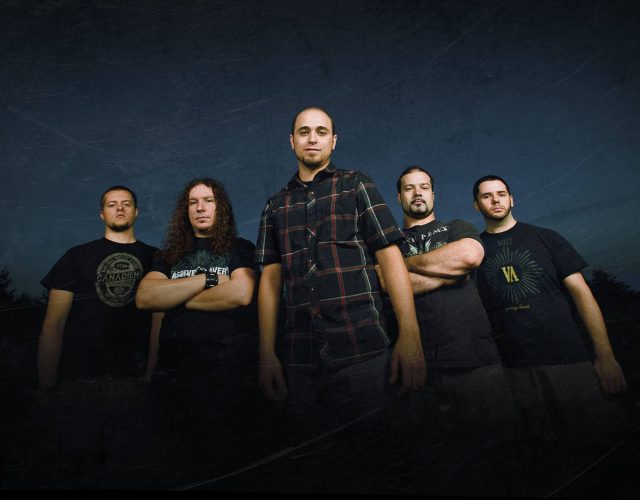 (DGR turned in a surprise 4th installment in his effort to catch up with reviews of 2019 releases after a personal hiatus. The first 3 installments are here, here, and here. However, our beleaguered editor (me) decided to cut this 4th installment into 3 parts, focusing on one album per day, beginning with this review of the comeback album by Archons.)

Hey, did you guys catch when the previous collection of these reviews was referred to as part three of three?

In all seriousness this last piece is it. After this, I’m caught up, and for that some thanks are in order. Even though life derailed me hard for a moment and this review archive for the longest time held a title of ‘Review Archive Jan-Feb’, ever-expanding and at one point holding twenty-two releases that I had hoped to look at, I was finally able to get this done thanks in large part to the other writers on this site being understanding enough to pick up some of my slack, including reviewing releases that are pretty firmly in the ‘DGR wheelhouse’.

This collection absorbed releases throughout the year, and thanks to the rest of the crew for picking up on bigger releases that I would’ve wanted to talk about like Wormed or Hate, I was able to knuckle up and tackle these lesser-known bands and finally be done.

Just in time for stuff like In Mourning and Insomnium to hit…whoops.

It wouldn’t be one of these without me deep diving into the world of melodeath. If tech-death is something of a comfort food for me recently, so too is melodeath, as a long-time musical candy that I will constantly go back to over and over again. Of course, while the genre has quieted over the years after its explosion into a million different sub-styles and various amorphous combinations, that doesn’t mean that bands have stopped forming. They just happen to be a little more underground and all over the world.

Thus, this final roundup, itself divided into three parts, takes us all over the world, from Montreal, Quebec to Germany and finally winding up in Sweden because we couldn’t cover the genre without winding up in its homeland. So, with that, let’s take one final dive into my attempt at writing shorter (a relative term) and more off-the-cuff reviews in order to catch up with everything I missed out on throughout the year. 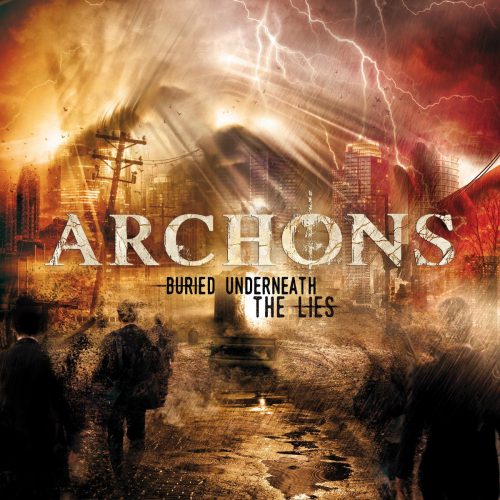 Archons – Buried Underneath The Lies

Maybe it’s something about the state of the world at the moment but it sure does seem like 2019 is proving to be the ‘year of the band with extended gaps between their albums’ to come back and release a new disc. Montreal melodeath crew Archons were the latest to join that honored collective when they released their sophomore album Buried Underneath The Lies back at the tail end of April… nearly eleven years after the release of their debut disc, 2008’s The Consequences Of Silence.

As someone who has quietly followed the band since basically that time while taking the occasional moment to praise just how good that debut was (it was once described to me as a hybrid of Arch Enemy, Dark Tranqullity, and Arsis with a tiny bit of Soilwork influence), I’ve watched the band put out demo songs for the new disc and then break up and reform in that span of time. It’s crazy to think that I’ve had demos of some of these songs on this album in my mp3 collection since the band uploaded them on their Reverbnation profile ages ago.

Once the band announced their initial breakup, I had assumed that Archons would likely be joining a legion of one-and-done bands, but the re-formation and final release of Buried Underneath The Lies has proven to be a pleasant surprise. Presented with the two albums that Archons have released to date, you would never guess that there was an eleven-year gap between the two. Buried Underneath The Lies picks up right where their previous album stopped. It acts partly as a bridge, partly as comfort zone for the band as they get back into the swing of things, and partly as a declaration that there really wasn’t much to mess with in the interim.

With their melodeath formula already fairly solidified by the release of The Consequences Of Silence, Archons use their time on Buried Underneath The Lies to spread the gospel of glorious guitar leads, multiple chugging rhythms, and the classic one-two drumbeat that has come to define the genre. Vocalist Sébastien Audet‘s snarl hasn’t changed all the much in the time between the albums.  From the moment he makes himself known on opener “The Slumber (Countless Days Of Coma)” both he and the band are already in full swing.

“The Slumber” is one of the older songs referenced earlier, having been out in the wild in instrumental form for some time now, and it also remains largely unchanged in its full album appearance — discounting that it has a slightly different vocal production bringing it more to the forefront so that the lyrics come across, loosely tying together Buried Underneath The Lies‘ overall thematic concept. You’ll note that the band are big fans of the subtitle-in-song-name form, since three of the first four songs consist of the “Name (Subtitle)” formula. The one outlier among those songs is also one of the bigger musical outliers on Buried Underneath The Lies — which makes for a strange pacing issue early on since you’ll likely be already settled into the idea of the band rumbling through some solid melodeath.

“As One Again” is one of the few times where Archons deviate from their stock and trade — it settles quickly back into a more recognizable groove for the band, but its opening segment seems purpose-built to jar the listener. Archons open with the arena-rock worthy bass-snare rotation that one might credit more to Def Leppard than a melodeath group, sending the message that Archons are aiming for “As One Again” to be a fist-in-the-air anthem on a disc that generally propels itself forward by the sheer force of guitar duo Francis Beaulieu and Simon Charette showing off how just how good they are at the art of shred.

The back third of the album is where the songs get a little lengthier and a bit more exploratory than before. “Risen By The Scar” is another early-released demo song that is about as close as Archons get to the method of everything-and-the-kitchen-sink, packing the song with all sorts of glorious guitar work and introing it with a solid circle-headbang-worthy groove. “I, The Witness” treads a somewhat similar path at first. It almost appears to be “Risen’s” alternate-reality take at first, another five-minutes-thirty-seconds of solid gallop, but the song is built more around its melodic chorus — including some clean-sung parts in the back — than “Risen”, which serves to inject some life into the back bit of Buried Underneath The Lies. Both songs combine into eleven minutes of fast and catchy music, as well as having hefty segments toward the end of each where the rhythm section gets to shine for a bit by throwing their weight around.

Archons‘ overall sound remains a firm hybrid of the melodeath scene as it exists today; they still have shades of just about every band that has influenced them in their overall sound. Yes, this means that the previously mentioned combination of Arch Enemy, Arsis, and Dark Tranqullity bleeding into their sound is still there, and along the years the band have picked up some newer ones: It’s hard not to hear shades of Nightrage’s current guitar-lead obsession or the lightest bit of Soilwork’s recent almost-power-metal-shred inside the album.

Archons have had this album in the forge for some time, so their absorbing of so much of the main melodeath scene and reflecting it back out isn’t that much of a shock. That the group do it so well that you can recognize nearly every single moving part, and yet still not knock their songwriting ability, is the more impressive part. Buried Underneath The Lies is a damned solid slab of melodeath and a natural follow-up to their debut album. It holds onto a large chunk of what made that first disc work, while still poking at it enough around the fringes to keep things interesting.