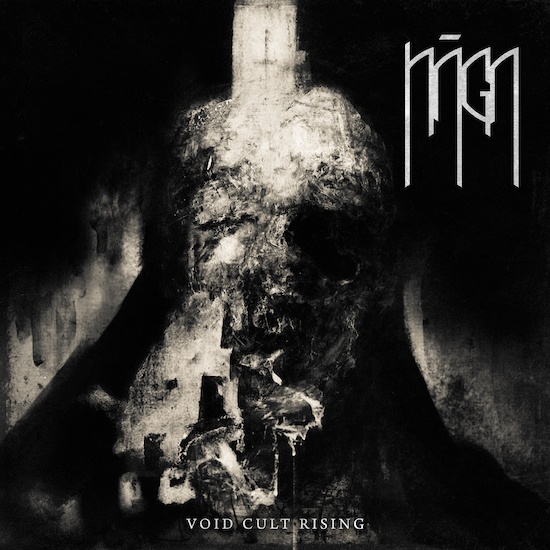 On their new album, Void Cult Rising, the Neapolitan band Naga have created a meditation on death, not only the grief that comes from the loss of a loved one but also an apocalyptic vision of the end of all things. In approaching calamities of such vastly different scales through their music, the band have fused the bleak, gut-rumbling heaviness of sludge, the downcast resonance of doom, and the nihilistic acidity of black metal. The sound is grim and raging, crushing and inconsolable.

The opening track of the new album, which follows a 2014 debut full-length (Hēn) and a 2016 EP (Inanimate), is “Only A God Can’t Save Us“, a title that seems to be a dismissive play on familiar words, and the music suggests that we can’t save ourselves either. We have a stream of the song for you today, in advance of the album’s November 15 release by Spikerot Records. 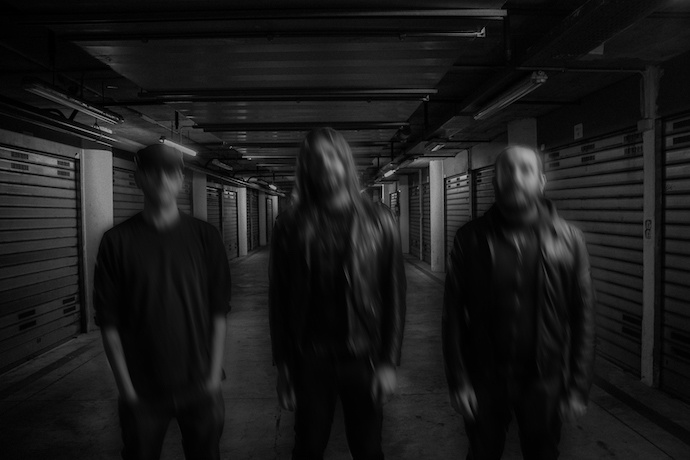 As a sign-post at the outset of the album, “Only A God Can’t Save Us” is a daunting warning of what lies ahead. It rumbles ahead like a giant earth-moving machine, a mid-paced mix of heavy, heard-hitting drums, sludgy, pounding and writhing bass momentum, swirling guitars, and scorching blackened vocals. The tone is brooding and ominous, but those searing and mind-spearing guitar melodies also create an unearthly and unnerving atmosphere.

The song burrows into the body and the mind, with the potent thud and crack of Dario’s drums and the massive bass lines executed by Emanuele setting up a body-wracking rhythmic connection, while guitarist (and vocalist) Lorenzo sends glass-like shards of melody through the skull. They build tension through bursts of percussive blasting, increasingly unhinged vocal ferocity, and a sequence of blaring, feverish chords, and then twist that tension ever-tighter while simultaneously creating a mounting mood of violence, right up until the bitter end.

Spikerot Records recommends Void Cult Rising for fans of Tryptikon, Unearthly Trance, Craft, and Amenra. It was recorded and mixed at Sulfur City Studio (in Naples, Italy) by Alessandro Pascolo, and was mastered by James Plotkin. The cover art was created by Abomination Imagery.

The album will be released on LP, CD, and digital formats, and it’s available for order now: