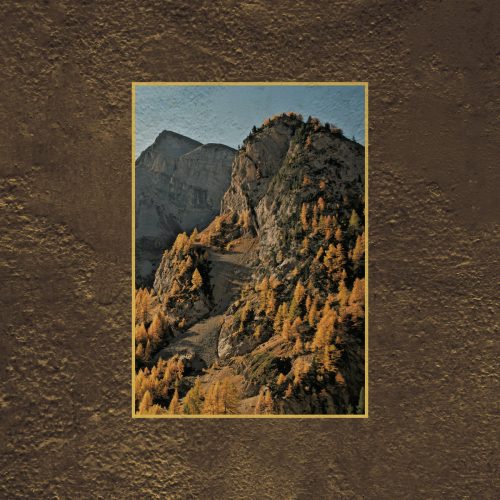 Everything I’ve chosen for today’s column, until you get to the last selection, are songs from forthcoming albums. The last one is a recently released EP. For each selection I decided to dive right into commentary on the music first, and then follow that with the release details. Let me know what you think about the music.

“Howling” is 18 1/2 minutes long. It begins with howling. Whether wolves, mad dogs, or madmen, it’s hard to tell.  An ominous but bewitching classical guitar melody swells in reverberating tones, eventually overcoming the howling… and then a (howling) storm breaks open. 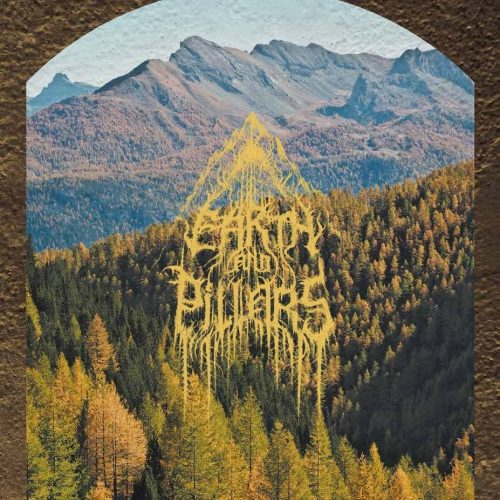 The sound is dense and near-overpowering, although eerie and anguished tones pierce through the cyclonic gale, a haunting sound in the midst of stunning tumult. The bass and the drumming sound like a high-speed, high-magnitude earthquake, though the snap of the snare and boom of the toms come through, and eventually so does the vocalist’s extravagant roars.

The atmosphere of the music is a combination of terror, calamity, and grandeur. It’s almost a relief when the classical guitar returns in isolation, but that doesn’t last long. The slow, mournful melody persists, like the sound of weeping in the midst of destruction on a vast scale. The contrast is mesmerizing.

The song’s sweeping power somehow grows, and subtle changes in the senses-suffusing storm of sound gradually bring symphonic elements to the fore — and they soar, magnifying the magnificence and intensity of the music.

It’s a breathtaking experience, so much so that, at least for me, 18 1/2 minutes of near-relentless power (the concluding segment provides astral ambient music to help reduce the listener’s heart-rate to a normal level), didn’t become exhausting.

“Howling” comes from Earth II, the fourth album by the Italian atmospheric black metal band Earth and Pillars, which is largely the work of Z, this time assisted by a (very good) live drummer rather than programmed drums.

There are three more tracks on Earth II, presumably long ones themselves. The album will be released by Avantgarde Music digitally (on October 25), on CD (on November 15), and on double vinyl with laser etching (on November 22).

(Thank you Milos for linking me to this.) 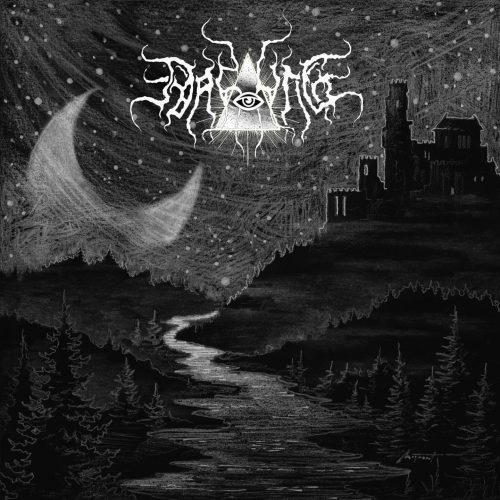 As on the last track, a slow, haunting melody (performed on a piano this time) plays a prominent role in “Der Tag Bricht An…” (the day is breaking), at least at first. This time, when the music suddenly intensifies, it’s with a big booming mid-paced drum beat and a wintry, piercing riff. The melody is doleful, full of ache and regret, and it really sinks into the head as it continues and evolves. Consistent with the depressive cast of the music, the voice is a caustic goblin shriek.

The piano melody returns, and it’s a spellbinding reappearance, accompanied by a wistful guitar harmony and a mystical backing sheen. When the drumming returns, it’s with a stately cadence that carries this heart-breaking song to a close, head-down and staggering forward under the weight of grief.

“Der Tag Bricht An…” is the opening track on the self-titled debut album by the Bavarian one-person band Nachtig, which will be released by Purity Through Fire on October 31st. The album cover (which is perfect for this music) is by Moonroot Art. 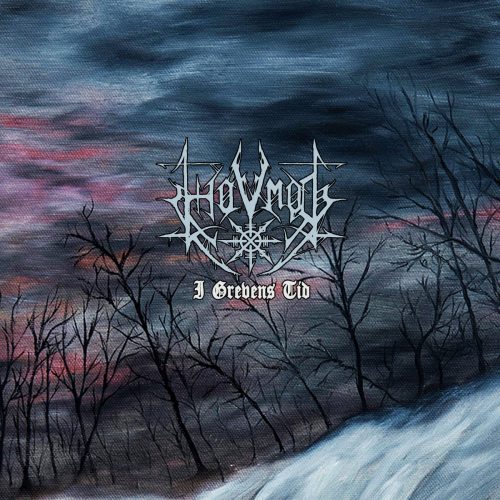 A big booming groove anchors the opening of “I Grevens Tid“, joined by an anguished guitar motif. As the drums begin to clatter and strike, a surrounding wash of intense riffing and scorching vocal demonism ratchet the intensity of the song, and the leads sear like an acetylene torch. The mood is despairing, and the tension continues to swell under the propulsion of battering drums and a rapidly rippling melody. The feeling of desolation and pain never goes away. That opening guitar arpeggio closes the song — the sound of nerves fraying to the breaking point.

“I Grevens Tid” was released as a digital single on September 27th. It will be included on Doedsformasjon, the debut album of the Norwegian band Hovmod. The album is projected for release sometime this winter by Dusktone. We are told that “Hovmod is one of the seven deadly sins, and it represents aggression, rage, pride and the opposite of humility”. 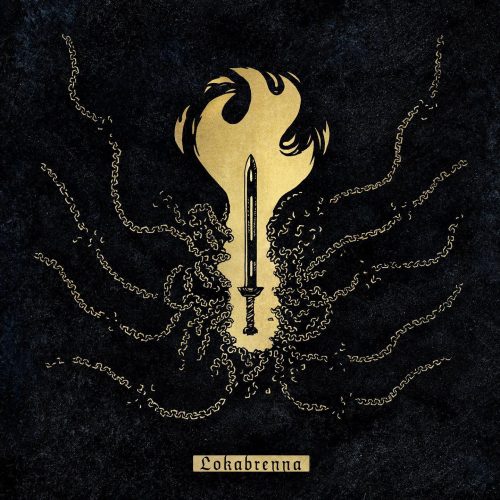 A depressive aura has surrounded the last two tracks, and that feeling persists in the tension-torquing riff that opens “Ūtfurskō“, and then continues to cycle in strident tones when the slow drum cadence and heavy, methodical bass line arrive. The raw, braying vocals arrive just as the drummer begins to thunder like a big full-throttle piston.

The repetition of that grim melody continues to increase the gloomy and glowering mood of the song as it moves over a martial drum pattern, and it becomes the sound of desperation and delirium. The vocals themselves also become strikingly unhinged as the music builds like a bonfire of pain.

“Ūtfurskō” is a track on an album named Lokabrenna. The German band, Nawaharjan, states that “Ūtfurskō” is a Proto-Germanic word that refers to exploration of the unknown, and is the fourth lock of Sinmara‘s chest.

The band further state: “Our music is a physical manifestation of the anti-cosmic Brandawegiz – tradition as taught by the Þursian Männerbund Abgrundjaskalkaz…. Lokabrenna is a conceptional and complete Þursian work, symbolizing the opening of the Nine Locks to finally release Lævateinn and liberating oneself from the shackles of flesh. It covers 9 tracks, each symbolizing one lock”.

Lokabrenna will be released by Amor Fati Production. It’s the first release since Nawaharjan‘s 2011 EP. All of the lyrics were written in Proto-Germanic. 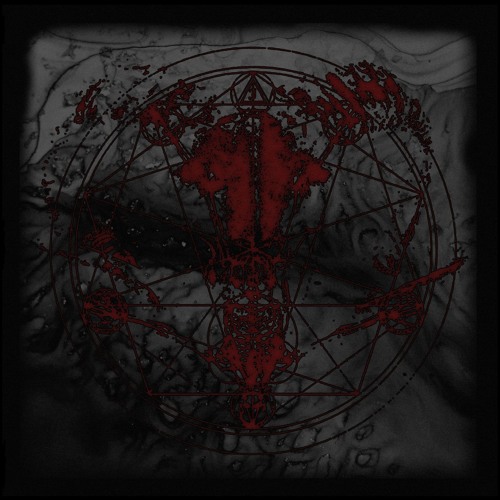 Now we turn from emotionally involving, atmospherically intense music to… raging destruction. You get a burst of vibrant snare at the outset of “Cursed Graves of the Unanointed“, joined by a massive, gravel-chewing bass and ripping, searing guitar, and the song just continues to rip and maul from there. That blazing-fast snare performance (which just gets more and more crazy) is really riveting, and everything else sounds like an out-of-control excavation project.

The bass is a continuously massive presence, and the shrieking guitar work shoots bursts of electricity into the brain, while the gruesome growled vocals are cruel and oppressive. Altogether, these sensations combine to create a maelstrom of ravaging black/death devastation and berserker savagery. Being in the presence of such violent lunacy is an irresistible thrill.

“Cursed Graves of the Unanointed” is taken from Supreme Command of Satanic Will, which will be released on December 13th by Iron Bonehead Productions (CD, LP). This is the debut album of Trajeto De Cabra, who are based in British Columbia. 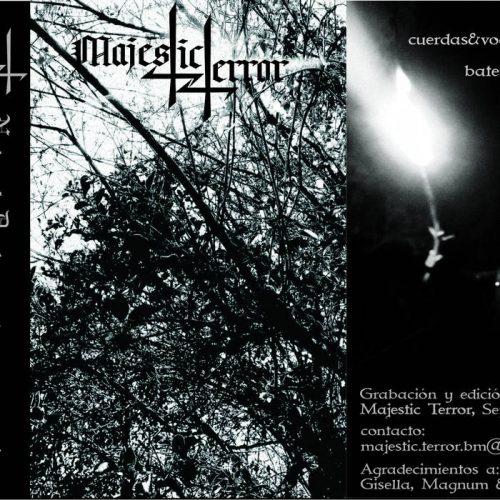 Now we come to the complete demo I mentioned at the outset. Its title is Natural Darkness, and it’s the debut work of the Chilean black metal band Majestic Terror (composed of vocalist/guitarist/bassist Warhowl and drummer Holocausto). It was digitally released on September 18th.

These four songs (following a brief intro track) display the trademark bestial ferocity of a lot of South American black metal, everything on the attack at high speed, from the ferocious drumming to the blazing riffage and the utterly insane vocals. There’s a wild “looseness” to the performances, and a heavy dose of abrasive grime in the sound which enhances the feeling of a being in the midst of a piranha feeding frenzy.

But while unchained barbarity is the dominant sensation, there are some killer riffs in these tracks along with hellishly off-the-hook drumming, and the band do switch gears in “The Call” (and elsewhere), to keep you on your toes, and turn their talents to the injection of grim, chilling melody as well (especially in the frightening “No Return For Humans”). And the closing track, “Ruined World”, follows closely from the band’s name — it’s both terrorizing and majestic.

(Thanks go to Roel for recommending this demo to me.)