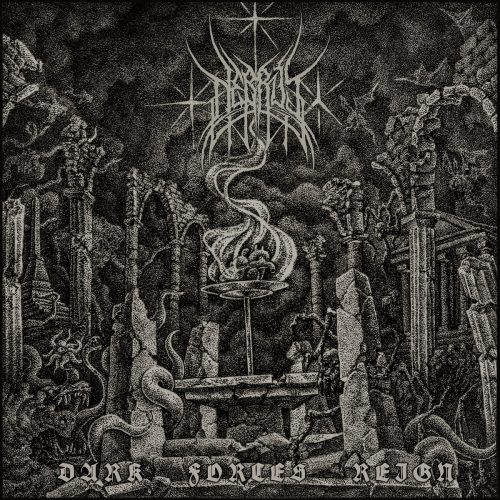 Diego Spezzoni‘s cover art for the new album by Nebrus seems tailor-made for the music. Meticulously rendered in the style of pointillism, it creates surreal visions of hellish creatures and moldering ruins, of glowering skies and crumbling columns, of burnt offerings on an altar wreathed in serpents, of foul sulphurous vapors and the dark forces they beckon forth. Dark Forces Reign is the name of the album, and dark forces reign in the music.

This is the third full-length by this Italian black metal duo — vocalist/lyricist Noctuaria, and  drummer/guitarist Mortifero (joined here by session bassist Sir VIII Coffins Mime) — and it will be released by Third I Rex on November 30th. What we have for you today is the premiere of a track named “π“, presented through a video that’s as spooky, as surreal, and as evil as the cover art — and the music displays all of those qualities too. 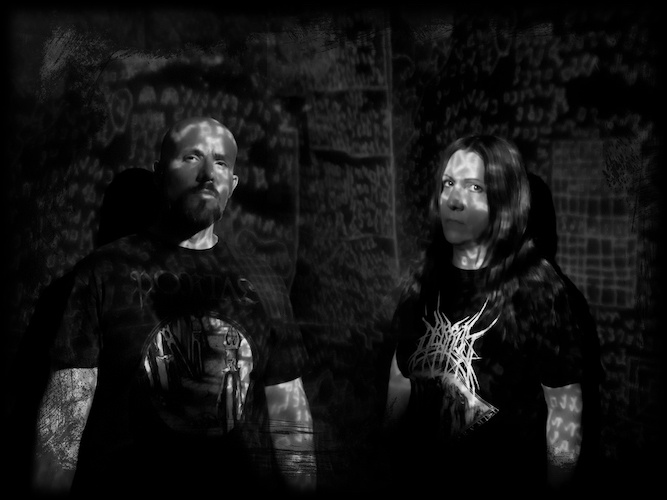 “π” is an unsettling and hallucinatory experience, and Nebrus take their time to ensure that the sonic potion they’ve concocted thoroughly infiltrates your mind and produces its complete intended effect.

The potent drum rhythms provide a continually changing dynamic for the riffing — pummeling, galloping, slowing to more measured cracks and thumps, and delivering the whump-whump-whump of a double-bass. And the riffing is freakish, fiery, and discordant. Through its skittering and jittery tones, the guitar creates a feverish sensation that sometimes rises to a boil, but also flares, moans, and spasms, and the mutated dissonance of the melodies succeeds in creating an oppressive, tension-filled atmosphere from which there is no reprieve.

Noctuaria’s vocals, which range from harsh wolfish howl to slow strangled proclamations and crazed cries, make this poisonous and psychotic escapade even more evil and threatening, and her chilling singing voice also enhances the hallucinogenic aspects of the music.

You might not believe, from the foregoing descriptions, that the music becomes mesmerizing, but it does. There is a sinister sorcery being practiced here, which creates an unnerving spell. 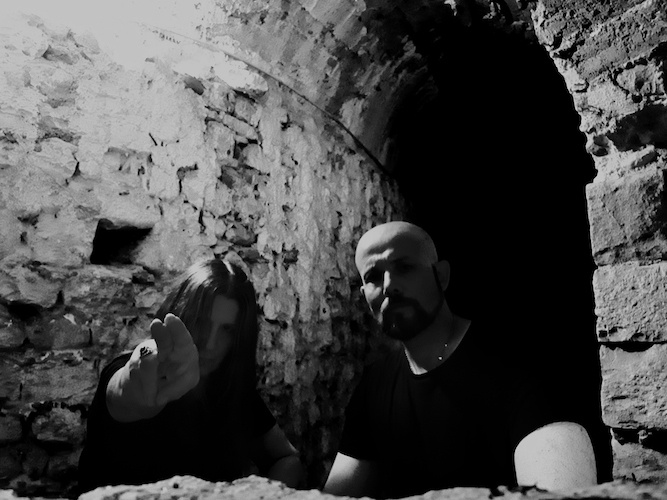 Dark Forces Reign was recorded at Camera Ardente and Unreal Studio, and it was re-amped, mixed, and mastered by J. Priest at Unreal Studio. It’s available for order now: