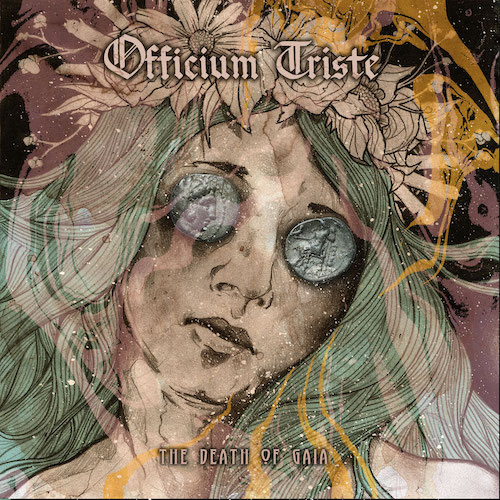 With a couple of stops and re-starts in the early years, the Dutch doom/death heavyweights Officium Triste are now well into the third decade of their existence, having honed their mastery of tragedy to a razor’s edge, creating music of both heart-breaking poignancy and crushing despair. On December 13th they will release their sixth album, and their first through Transcending Obscurity Records. Entitled The Death of Gaia, it explores ruinous loss on an epic scale, with music that matches the sweeping catastrophe of its conceptions.

Today we present the album’s closing track, “Losing Ground“, which provides a grand summation of the band’s powers, and of the changing dynamics of their music. It provides little reason for hope, but its hopelessness is nevertheless absolutely spellbinding. 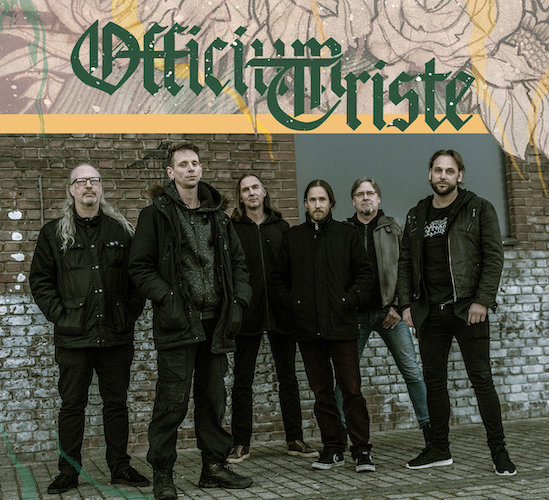 In the song’s opening movements, the music offers two contrasting visions through sound. Lilting, gleaming notes against a backdrop of shimmering strings, joined by Pim Blankenstein‘s somber singing voice, provide the introduction, but that almost-dance is soon replaced by massive, ponderous chords and Blankenstein’s wretched abyssal growls. The lead guitar weeps over the terrible tragedy of those monumental and momentous trudging tones, pulling at the heart-strings. The grandeur in the music is unmistakable, but so is the heartbreak.

After presenting such stunning contrasts, the band provide a slow isolated piano melody, a simple refrain but a haunting one. When the guitar returns, the sound is a wailing reverberation that channels misery. Even the measured, merciless hammering of the bass and drum seems a further sign of affliction, despite being segmented by electrifying, frantic fills. The melody swells near the end with the return of the strings, and the lead guitar wails and weeps once more, creating a mesmerizing portrayal of grief.

At the very end, we hear the electronic pulse of a heart monitor and the thump of the muscle in the chest… until the thumping ceases, and nothing remains but the shrill tone of the flatline.

The track we’re presenting today is the fourth one to be revealed so far, with four more left to come. You can check out the previous three in the Bandcamp player below.

Credit for the cover art goes to Chris Smith (Grey Aria Design Studio). It was mixed by Hans Pieters and Officium Triste at the People’s Noise in the Netherlands, and was mastered by none other than Greg Chandler (Esoteric) at Priory Recording Studio in the UK.