Falsus in Uno, Falsus in Omnibus has proven to be a great surprise this year. Released by Pathologically Explicit Recordings on October 20th, it’s the debut album by the brutal death metal band Pulverized, who hail from the Philippines.

The band have been active since 2015. Their first EP, Realm of Sufferance in 2016, was an example of raw, in-your-face, straightforward BDM that captivated me right away, and they followed that with a 2017 demo the includes three songs which are also on the debut album. 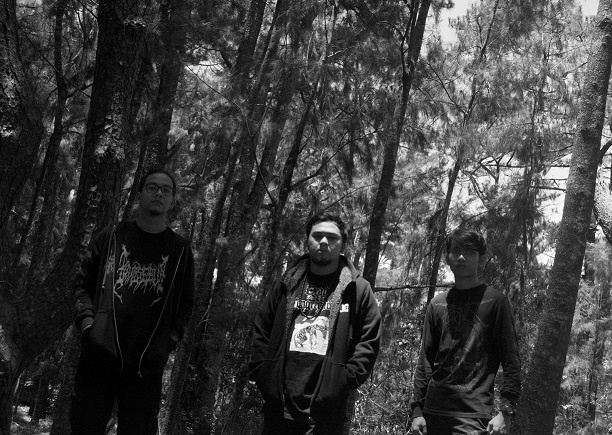 In the early months of 2019 they announced their partnership with Pathologically Explicit, which was good news. This is a label based out of Spain and run by Mr. Romero, who has a great reputation in the underground scene and is a great person overall.  So with that news, I was not worried at all about how the new material would sound. On the contrary, I felt confident the band would maintain their sound and be true to themselves.

Having said that, I never thought I would end up loving the album as much as I do. This is a game-changer for Pulverized as compared to their previous catalogue. It is a pure representation of a band taking their time to write the music, and evolving while maintaining their originality. Without making radical shifts, they were able to add dark atmosphere to songs that have solid substance (both lyrically and musically).  The themes of the album tell a story of control, anti-religious sentiment, despair, death, blasphemy, and gore.

The production is raw, but that’s perfect for how the songs were written, and still grant stardom to the guitars and drums, which elevate each of the songs to its own divinity. One example is “Obnubilated by Nihilistic Delusions”. It runs for 7 minutes (no intros, no pause) and delivers pure relentless chaos that flows perfectly, with no waste.

The vocals are insane!!!! I just love the patterns that Kenn Ludovice uses, and the filthy guttural tones make you want to puke (in a good way of course), and it is evident that both Gino Pura (guitars) and Kier Galardo (drums) have grown and evolved as musicians since that first EP.

For me this is going to be in my top 10 BDM albums of 2019, and that is a fact, regardless of what else the year may bring. That’s how much of an impact this release has had on me in the short time I have been listening to it; no doubt, it will have a regular presence on my playlist going forward. I hope you will enjoy it as much as I have.