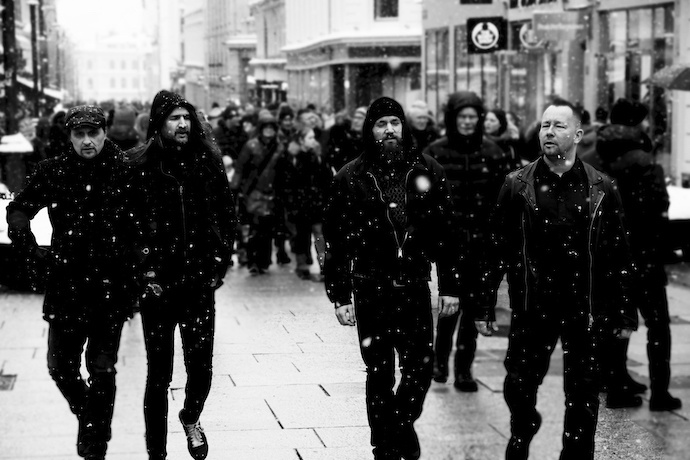 (Karina Noctum brings us this interview of Håvard Jørgensen and Cerberus, members of the Norwegian band Dold Vorde Ens Navn, whose debut EP Gjengangere i hjertets mørke was released on September 13th by Soulseller Records.)

This year has seen a much welcomed ’90s revival in the Norwegian scene. Old bands have been resurrected, new albums bringing back the much-cherished old vibes have been spawned, and so on. It’s probably for the best, I think, to go back and bring back forward what lots of people have been missing.

In the midst of this revival period we have Dold Vorde Ens Navn, a band that gathers the long musical experience of Håvard Jørgensen (co-founding member of Satyricon and early Ulver member), Vicotnik (Dødheimsgard, Ved Buens Ende), Cerberus (ex-Dødheimsgard), and Myrvoll (Nidingr). Together, they concocted something that in spite of having roots in the past has a unique touch and stands on its own. This interview offers lots of information about how this musical endeavour came about to be, as well as the current situation and future plans.

For how long have you been working with this musical project?

H: It started around 2016, when Cerberus came to my place with the idea to write a song, just for old time’s sake. One song led to another and all of a sudden we had 4 tracks ready. We brought Vicotnik and Myrvoll onboard and here we are. 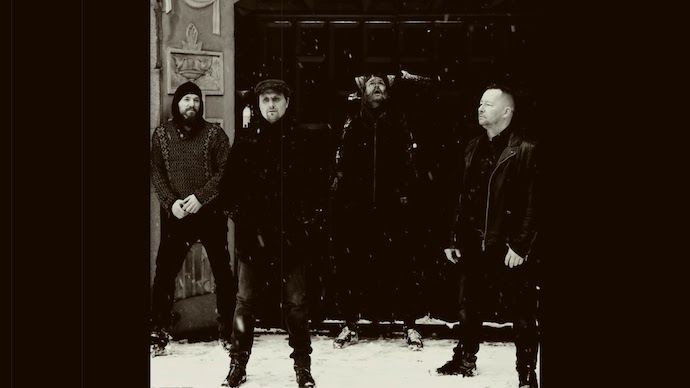 How do you compose? Do you meet often or do you play the parts each on your own and put it together afterwards?

H: The writing process was done on guitars with some programmed drums just to have an idea. I sent the files to the rest of the guys, and they came up with their parts.

Was it the same when it comes to the vocals?

C: Yes, the vocals were all Vicotnik’s own ideas. We did all the music and then sent the files to him.

How would you describe the music?

C: It’s music coming from our hearts, hard to describe as anything other than black metal really. With Haavard’s riffwriting and Vicotnik’s lyrics and vocals it’s like a hybrid between the more traditional to the more avant-garde sides of black metal.

How conscious is the musical influence from other bands you have been or are a part of when it comes to writing new material?

H: On this EP I started from what I left in the ’90s. It sounds a bit like old Ulver, but that’s what feels natural to me. There are a lot of bands from the old days that I would say have influenced me growing up, and I’m basically writing music in the same way as back then.

So you have an EP now, but do you have more songs for a full-length?

C: We have more than 50 minutes of new material.

H: We have written a full-length. It’s done, it only needs to go through the same process as with the EP, adding the layers and so on.

Do you have a label that is going to release it or are you going to go independent?

C: We don’t have an answer to that yet

Well, I ask because some Norwegians musicians are going independent even though they could get any deal out there, you know…

H: It’s a different time now and I do understand why artists are going independent. It’s easier, to both record and release yourself.

C: You need to break even at least, and that’s often the hardest part. 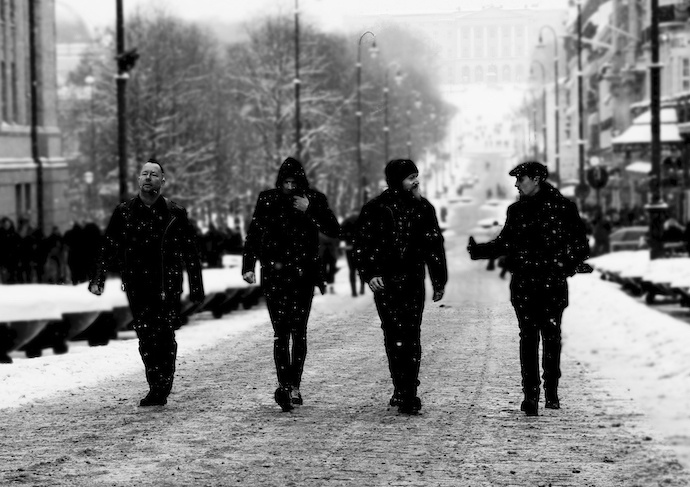 How about playing live, do you have any ambitions or plans? You could get many gigs of course.

H: I must say I’m really looking forward to doing live shows because I never did any live shows with either Satyricon or Ulver.

C: We will do some shows, but we don’t know where or when yet. We need to release the full-length and then do some shows.  I did some shows with Dødheimsgård back in the ‘90s, so looking forward to going on stage again for sure.

C: It’s about the unspeakable thoughts and desires. The darkness of the heart.

H: Translated, Dold Vorde Ens Navn means “Hidden Be Its Name” – to me, that means the darkness of both heart and soul – the kind of darkness often related to i.e mental illness, which is often taboo to talk about.

Where was the EP recorded?

C: The drums were recorded at Stovner Rockefabrikk. This is the place were Ulver, Darkthrone, Isengard, and Dimmu Borgir, among others, recorded their early stuff.

H: Stovner Rockefabrikk is a community center, where the youth go to learn to play instruments and music. They also have a small studio, which we got to use for a couple of days. 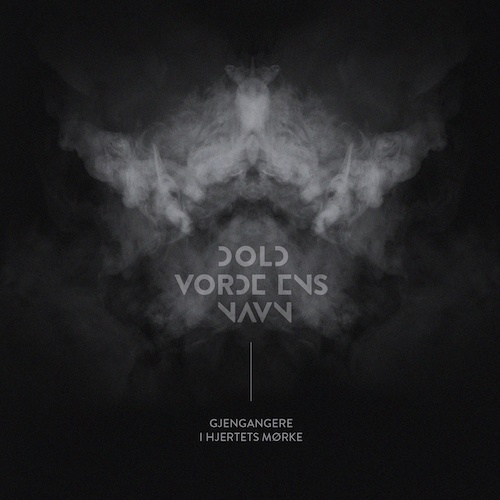 Who did the mixing/mastering?

C: A guy named Chris Fielding from Liverpool. He has worked with bands like Winterfylleth, Primordial, Electric Wizard.

H: I got a tip from the singer of Winterfylleth to check him out. I think he delivered a good mix based on what we wanted.

How have other non-metal music styles influenced you?

H: I can find inspiration in all kinds of music, it depends on the mood and my state of mind. Moving parts or melody regardless of genre is key, I believe.

One Response to “AN NCS INTERVIEW: DOLD VORDE ENS NAVN”