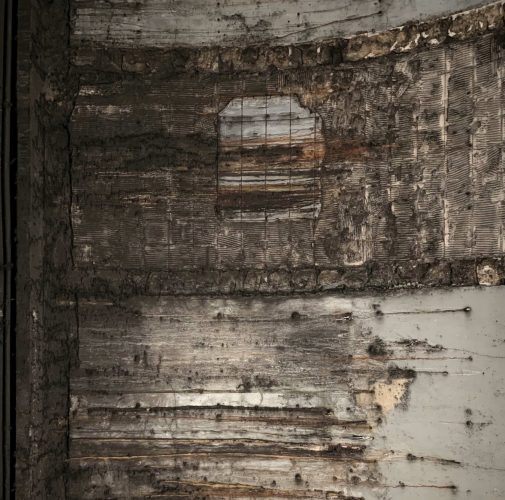 As we all know, musical heaviness comes in different shapes and sizes. Heaviness, for example, might be measured by the brute-force impact of low-frequency distortion and punishing drumwork. On the other hand, it might be gauged by a measure of emotional weight, by the transmission through bleak melody and tormented vocals of pain, grief, and despair. The song we’re presenting today by the London band Remote Viewing combines heaviness in both of those senses, and the consequences can be devastating.

“A Dog In The Oven” is the name of the track we’re premiering, and it’s one of eight on the band’s new album, It’s Better This Way, which will be released on November 29th by Sludgelord Records. 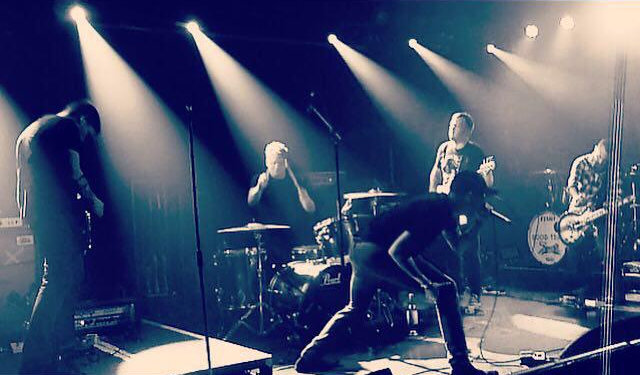 For those of you who might be encountering Remote Viewing for the first time, the band was formed at the end of 2016, and its line-up — John Atkins (bass), James Bryant (guitar), Tom Fowler (guitar), Dimitris Sakellariou (drums), and Nikolai von Stieglitz (vocals) — includes former members of Palehorse, Million Dead, and I Want You Dead. It’s Better This Way follows their 2017 debut album Blood Loss.

You’ll see the band’s music referred to as noise rock, and it is indeed hellaciously noisy, but that genre label could be misleading if it makes you suspect the band might not be as heavy as your tastes demand. Perish the thought.

It doesn’t take long for the band to begin a path of destruction in “A Dog In The Oven“, just long enough to introduce the track with deep droning tones, what sounds like machine parts clattering in a tumble dryer, and a burst of ear-piercing feedback. Slow, heavily distorted strumming leads into even more monumental heaving chords backed by punishing drumwork and fronted by scorching shrieked vocals.

The sound is bleak and bruising, and so heavy (there’s that word again) that you can almost feel the earth shaking beneath your feet. The experience is accented by riveting, vertebra-cracking work on the snare drum and by the apparition-like emanations of wailing and moaning guitar leads. Occasionally the band pound even more catastrophically while the vocals scream in even more larynx-lacerating effusions of emotional extremity, breaking up an apocalyptic experience with even more titanic sonic manifestations of apocalypse.

About five minutes in, the pace of the hammer blows drops, allowing the reverberations of the distorted strings to linger, as if capturing the utter desolation left in the wake of all the preceding pulverization.

As Sludgelord Records describes, Remote Viewing employ differing elements in their shock-waves of sound across the reach of the album, not only crushing doom but also “elements of alternative noise-rock, the chug and buzzsaw guitars of hardcore, the introspection of post rock and nods to US indie, [and] glorious washes of shoegaze-y feedback.”

For another taste of what the album offers, we’re also providing a stream of a previously released song, the brutally mauling (and highly infectious) neck-wrecker named “They Never Made It Home“, a song saturated in doom but also featuring soaring leads that seem to gleam with forlorn hope.

The album will be released in a limited cassette run via Sludgelord Records, and self-released on digital and CD by Remote Viewing on the 29th of November. It was tracked live at Bear Bites Horse studios with Wayne Adams (of Pet Brick, Big Lad, and Death Pedals). The album features guest vocals from Pede of Alkerdeel, Seedi of Palehorse, and Ed of Sly and the Family Drone/Nitkowski.