(On November 29th I, Voidhanger Records, in collaboration with Blood Harvest Records, will release the debut album of the Galician black metal band Sartegos. Today we’re premiering a song from the album, preceded by a review of the album by guest contributor Conchobar.)

“Behold, may that night be barren; may no joyful voice come into it.
May it be cursed by those who curse the day — those prepared to rouse Leviathan. May its morning stars grow dark; may it wait in vain for daylight; may it not see the breaking of dawn.…”

Darkness has an odd ontology; the metaphysics of night are pluripotent but also polysemic. Shadow has with it the dusky, twilit sense of a lessening, but also the waxing of a distance from daylit realities. There is, as night advances, a thickness and a viscosity in its tendrils – it stains and layers the fading of light. And as it advances, it consumes. Not ravenously, but purposively, relentlessly, indefatigably. The negentropic islands of solar reality are slowly blotted out by the obscurations of a lunar regime.That nocturnal density – its flows and coalescences, pulses and coagulations, are the blood of the night – o sangue da noite. 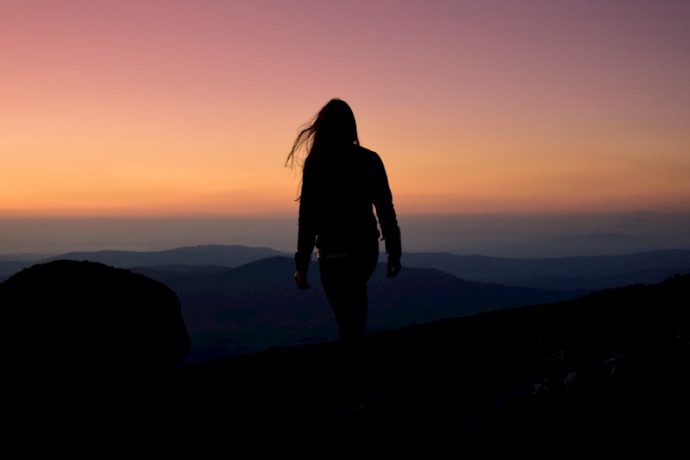 Over the course of this album, then, we are given ten occulted poems dedicated to the blood that courses through the nightside of the Tree of Life. They are not as much reverential or devotional hymns, but more of the nature of qliphotic mysticism that looks to night through the lens of eros and thelema rather than agape. This is immersion mysticism – impassioned, intimate, primordial paens to the night-as-bride, Lilith made manifest as Fallen Sophia and Queen of the Night. The night here is Reshut ha-Rabbim – the Kingdom of Manifoldness – alive with hungry, unconquered possibility, skies eaten by the wings of A’arab Zaraq, the Ravens of Dispersion.

The album begins with the eerie keening of dungeon synth passage “Ventos”, before the album proper begins with “Sangue e Noite”, which launches the listener furiously into a Hellenic-inspired cataract of crepuscular night-worship. Intense, incendiary, churning, and cascading, it is a violent herald of the tone of the album as a whole. “Lajes em Tormento e Decadência” follows it with jagged, dissonant riffs that force the listener to pause and listen to the speaker’s musings before he hurtles us, spellbound, once more into the shadowed maelstrom.

“Solpor dos Mistérios” settles into a more andante-paced march that segues gracefully into “Jugular”, a synth interlude that calls us back to our arterial and venous leitmotif. “Arquerio” brings with it the most savage vocal performance on the album – the throat of the moon torn by the teeth of night – making it a fitting transition to the somber and moribund start of “As Devesas som dos Lobos”. This track is perhaps the most emotional in terms of its crescendo – its subtle complexities make it worthy of multiple listens even in isolation.

“Baphomet no Rashulmat” and “Poço e Serpe” form a dyad of draconic masterclasses in creating a powerful, blackened close to a very strong cycle of songs. The final moments of “Poço e Serpe” are redolent with the scent of goetic power, the most violent nigredo of the inverse kenosis Sartegos has summoned. This Luciferian noche oscura del alma ends with the haunting ambient synth passages of “Águas Negras” – it is unclear whether this signifies the threat of dawn or the promise of night unending.

“Around its neck, night in three rows is spread. From above grow the roots of earth and the unplowed sea. There the Titan gods beneath the murky darkness have been hidden by the plans of cloud-gathering Zeus, in that squalid place, the ends of monstrous Gaia. There is no exit for them, but Poseidon put on gates of bronze, and a wall runs on around from both sides. There Gyges and Kottos and great-spirited Obriareos, dwell, faithful guards of aegis-bearing Zeus. There are the sources and limits in order of dark night and murky Tartaros and the unplowed sea and starry Ouranos, painful and squalid places, that gods shudder at.”