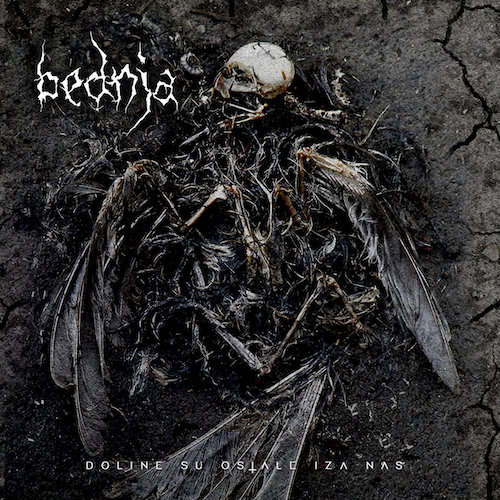 This is kind of an odd premiere. In fact it’s probably a misnomer to call it a premiere at all. But the album on which the song appears is so fantastic that I’ve softened my usual rigid adherence to the literal meaning of the word in an effort to help further expose it to new listeners.

The album, Doline Su Ostale Iza Nas, was first briefly released for public streaming — but not for sale or download — by the Croatian band Bednja early last year. At their request we enthusiastically premiered that full stream of it along with an extensive review, from which I’m including a few excerpts below. Bednja’s plan then was to find one or more labels willing to release the album in a physical edition — and they succeeded. None other than Transcending Obscurity Records (whose label boss knows a good thing when he hears it) signed Bednja and will be releasing Doline Su Ostale Iza Nas on November 29th in a variety of formats.

And now, before we get to some specific comments about the song we’re presenting, “Ledena Palaca“, allow me to repeat a few things I wrote in last year’s review (which you can find here): 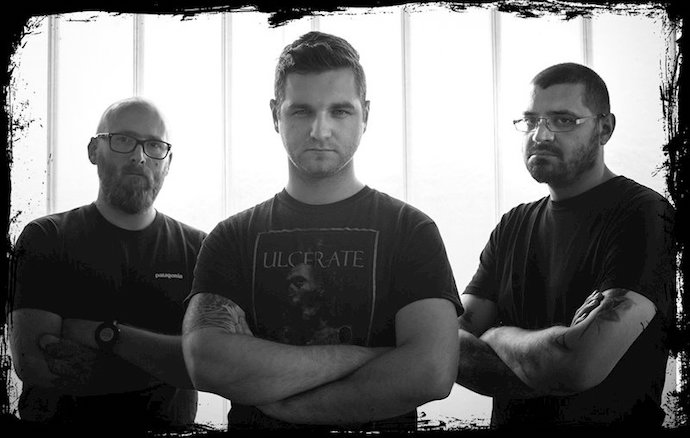 Doline Su Ostale Iza Nas translates to something like “Leaving the valleys behind us”. Like the album title, the names and lyrics of the songs are in the Croatian language, and the lyrics are expressed through dual vocals that are part of what makes the music so intense. A mix of livid, throat-scarring howls (in the vein of hardcore) and fierce screams, the voices sound like nothing has been held back, like the two performers are turning themselves inside out.

The music is just as fiery and just as compelling as those voices, yet more varied. Black metal and hardcore are the dominant strains, but the music is a hybrid that includes other influences and musical accents. Each song is tremendously good on its own, but the album seems like an even greater accomplishment when heard straight through.

The music crackles with electrifying vibrancy, and it packs impressive power and formidable punch. It’s produced in a way that delivers the music with clarity and immediacy, but without lessening the feral forcefulness of these songs. And the near-physical impact of the sound is combined with memorable melodies that yield a dark emotional cast — the sounds of pain and resignation but also of zealous striving and unhinged violence. On top of that, the music is always changing, almost kaleidoscopic in the way it moves, and yet cohesive in its mission. 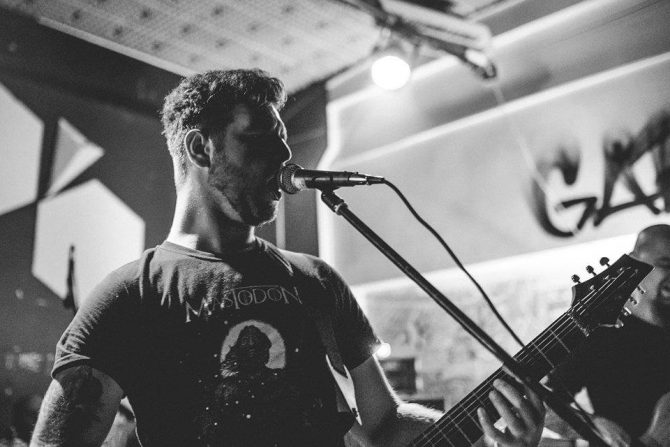 All three performers are technically impressive and inventive. The drumming is a clear stand-out feature, with the drummer (Petar) rapidly moving from pneumatic blast-beats to somersaulting progressions, from rocking cadences to bounding punk-influenced rhythms, from highly syncopated patterns to rolling thunder, and a lot more. The bassist (Ivan, who is also one of the vocalists) is an agile acrobat himself, delivering bass lines that ripple, bubble, yowl, and pulsate, with a tone that resembles a fretless instrument.

And the guitarist and co-vocalist Nikola is just as adept, moving among riffs that buzz and cut like a bone saw, jab in rapid-fire fashion, and hammer with a vengeance. As mentioned earlier, he has also crafted an array of memorable melodies, which are moody, brooding, forlorn, beautiful, and grand. 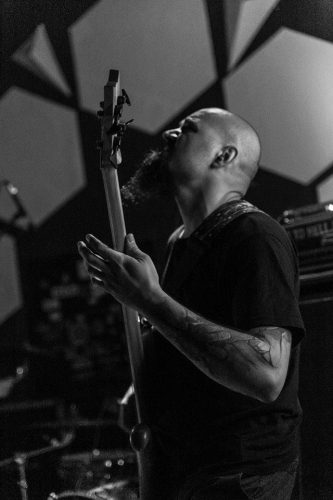 The song we’re presenting today is a prime example of all these qualities, and of the power of the album as a whole. It opens with a wash of searing tremolo’d riffage backed by a prominent bass pulse and drum rhythms that quicken and pummel. The vocals, as described above, are truly unchained and incendiary, and the guitar sensations shift from bleakness to frenzy and anguish. Bednja inject bursts of jarring, jabbing chords, battering percussion, and baleful strummed mrlody, enhancing the dynamism of the music without lessening its significant intensity.

The intensity does eventually abate in an instrumental sequence, driven by a syncopated beat, composed of eerie yet vibrant ringing notes and a moaning bass. The band build back up to more ravaging and violent assaults, hammering and cutting, battering and bruising, and unfurling cascades of mesmerizing melody that sweep across blasting drums, with an outro that’s moody and mournful, adding one final texture to a song that’s already a gripping sequence of changes. 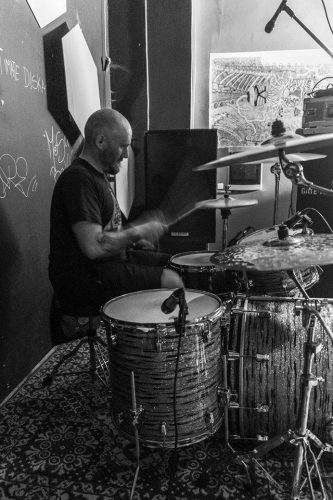 As Transcending Obscurity proclaims, Bednja really are “on to something special”. The label recommends the album for fans of Gaerea, Calligram, Oathbreaker, Veilburner, Ancst, Plebeian Grandstand, Darkthrone, and Mayhem. It’s available for pre-order now, in different CD editions and in a limited box set, as well as digitally.

P.S. Be sure to listen to the two previously released tracks from the album that we’ve included along with the song we’re presenting today.