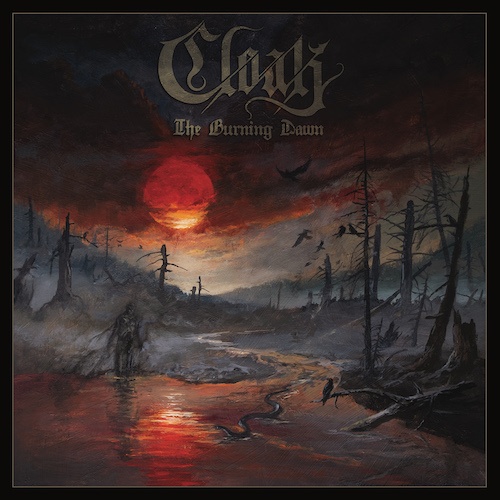 (This is Wil Cifer‘s review of the new album by Atlanta’s Cloak, which was released by Season of Mist on October 25th and includes cover art by Adam Burke.)

Cloak’s 2017 album To Venomous Depths showed a great deal of potential. I wanted to hear more of who they were than who they aspired to be. The album was dark and melodic enough for me to invest the time in their sophomore album.

This new album finds the band giving me what I originally wanted from their debut. They are still more committed to sounding Swedish than devoting themselves to black metal, and I am fine with this. After all, there are 100 blast-beaters sitting in my emails every morning. I want something fresh, not warmed up, even if it’s warmed in the fires of hell. 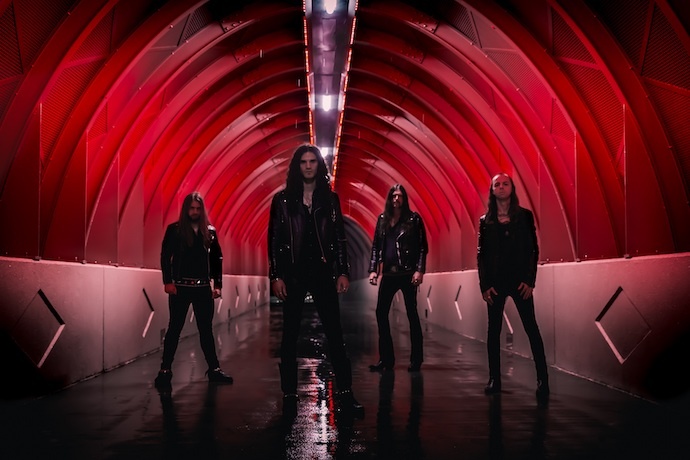 What makes this album better than the first?, you ask. For starters their guitar tone is more dialed-in this time around. This results in the chugged riffs sounding both heavier and cooler. There are some rock ‘n’ roll sensibilites that show up on “A Voice In the Night”. The catchy chorus proves they have sharpened their songwriting chops, even in the face of the vocals being more or less a one-trick pony. There are a few excursions into sung vocals; they are typically mixed away in the background. More shadowy than what I define as dark, these melodic embellishments arrive in the way of articulated clean guitar parts. This takes you on more of a journey than their first album did.

The pace become more frantic for “Tempter’s Call”. The snarled vocals leave the guitars to carry most of the weight. It is not band’s heavier side, but their more melodic one that sets them apart as their own entity. They do summon a more feral sound here and there, most notably on “Into the Storm”, yet even here it smooths out before really hitting the verse. The bass is allowed to wander when they begin to jam out the song’s ending. While I support the sentiments of rabid hunger devouring everything into nothingness I think some of their musical influence already exposed this.

This album’s formula becomes apparent by this point in the album. They start things with minutes of straightforward metal, then change up with more atmosphere or melodic variations, adding things like piano (e.g., “Lifeless Silence”) to further texture their sound. I am not complaining, as it proves effective. 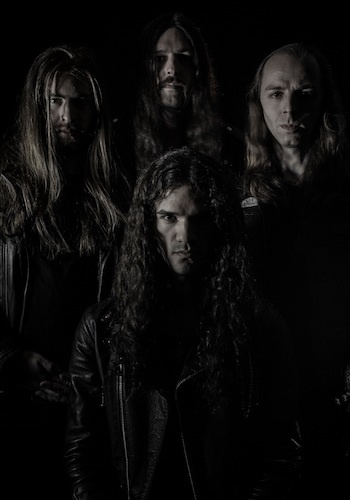 It’s the album’s third act that gets more interesting as it grows progressively darker with “The Fire, the Faith, the Void”. It’s an instrumental interesting enough to keep my attention. It might be more of the same Swedish meatballs with “On Poisoned Ground”, but it’s a very polished stab at it. I like the bass-driven intro to “Where Horrors Thrive”. The lower, almost whispered vocal floats in for a few moments here and there.

Their influences are worn on their sleeves to a lesser extent here and the songs inspire me to let the album play for a rainy afternoon. Their first album might have cropped up on a few “best of” lists in 2017; this time it will be more deserved. If you are wanting something that sits in the dark compartment of the sonic crayon box without committing to Harsh Scandinavian Black, then the shades of gray here should be fitting for the post-Halloween gloom.