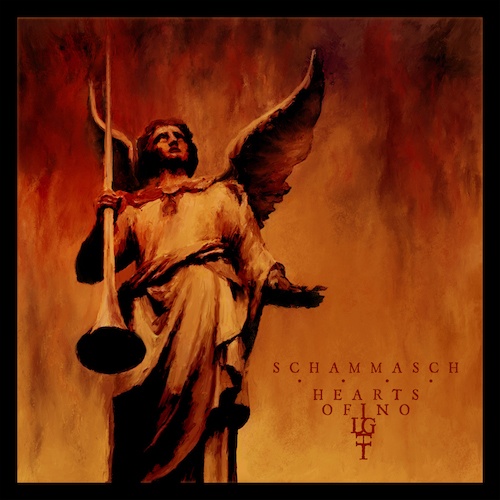 (This is Andy Synn‘s review of the new album by the Swiss band Schammasch, which will be released by Prosthetic Records on November 8th.)

I’m sure it hasn’t escaped the attention of our readers that there’s been a lot of discussion recently about what constitutes “art” – what art is, what it “should” be, who should be allowed to call themselves an “artist” – when it comes to cinema.

And, obviously, this is an issue which extends to the music world too.

I know many people are particularly concerned with what role the intended audience should play in the creation of any piece of art.

Should an artist remain totally disconnected from the wider world, focussing on their own thoughts and feelings, to the exclusion of all else, with no thought to who their viewers/listeners will be?

Or should they consider how people will engage with and interpret their work, and aim to play with the perceptions and expectations of their audience as a way of provoking a certain reaction?

One of these approaches treats art as a form of “pure” expression, the other as a form of “deep” communication, and though both have their defenders and detractors, the truth is that they have both led to the production of some great works of art over the ages.

Which brings us, finally, to Hearts of No Light. 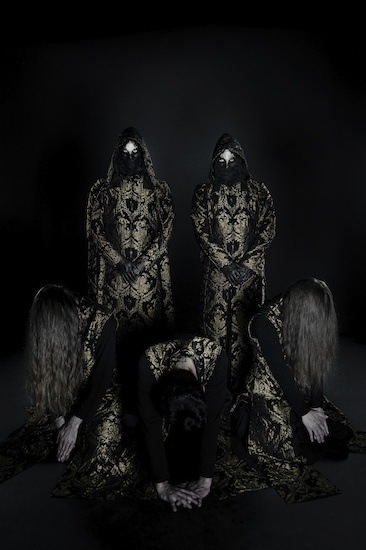 For perhaps the first time in the band’s existence Schammasch’s new album feels like the band have written things with at least one eye/ear on their intended/potential audience – not because of anything as crass as commercial concerns or a yearning for popular approval, but due to a desire to challenge and provoke, perhaps even to alienate, their listeners by forcing them to question their own assumptions, their own expectations, as to what, and who, the band are.

Of course I may be totally wrong about this. But something tells me that Schammasch are fully aware that their music does not exist in a vacuum, and know exactly what they’re doing, and what the reaction is likely to be, with this album.

There’s a sense of self-awareness to the way tracks like “Ego Sum Omega”, “Qadmon’s Heir”, and “Rays Like Razors”, which distil the band’s sound to perhaps its purest form – epically structured, deeply atmospheric, emotionally visceral, and subtly technical – are juxtaposed against more esoteric and experimental pieces like “A Bridge Ablaze” and “I Burn Within You” (whose sharp left-turn into Arcturus/Dødheimsgard territory is one of the album’s most contentious moments), as if to say “we are many things, we contain multitudes, and you cannot have the one without the other.”

Nowhere is this more apparent than in the closing triumvirate of “A Paradigm of Beauty”, “Katabasis”, and “Innermost, Lowermost Abyss”.

The former will, undoubtedly, be the record’s most divisive, widely discussed, and endlessly dissected, track, straddling as it does the nebulous nexus point between Ghost, Alice In Chains, Blut Aus Nord, and Tribulation, whereas “Katabasis”, by contrast, is one of the darkest, doomiest, and most ferocious tracks on the entire album, taking the band’s blackened roots and extrapolating them towards their natural conclusion.

Taken on their own these two tracks would, by themselves, be more than enough to elucidate the difficulties and complexities of trying to capture the entirety of Schammasch’s ever-growing, ever-expanding sound – one which, lest we forget, it has previously taken them three separate discs to express – but the addition of the climactic (or should that be anti-climactic?) “Innermost, Lowermost Abyss”, fifteen minutes of ambient soundscapes and atmospheric instrumentation, whose inclusion right at the end of the record is either total genius or utter madness (or perhaps both), demonstrates both the sheer impossibility, and irresistible allure, of this herculean task.

But then, where would life be without those willing to attempt the impossible, to tilt at the windmills and reach for the sky, purely for their own sake?

Hearts of No Light is a lot to take in. There’s no denying that. It’s impressive, imperfect, imposing, and infuriating, all at once. And, in attempting to condense everything they are, all their complexities and contradictions, into a single piece of work, there’s a sense that Schammasch may have doomed themselves to failure.

But what a glorious failure it is, an extraordinary display of fearless vision and flawed ambition whose very existence is a rebuke to those whose “art” aspires to little more than bland perfection.

2 Responses to “SCHAMMASCH: “HEARTS OF NO LIGHT””