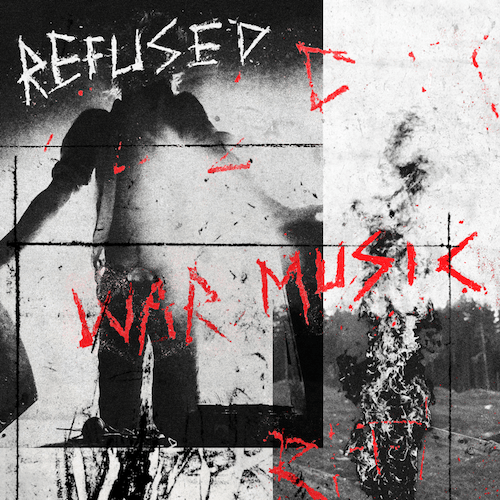 Never ones to shy away from politically charged subject matter, the Swedes have only seemed to build on the energy of their phenomenal 2015 comeback album, Freedom, and channeled it into a compact 10 songs of vitriolic angst that’s just waiting to be the soundtrack to the next time a protester throws a Molotov cocktail at a government building. 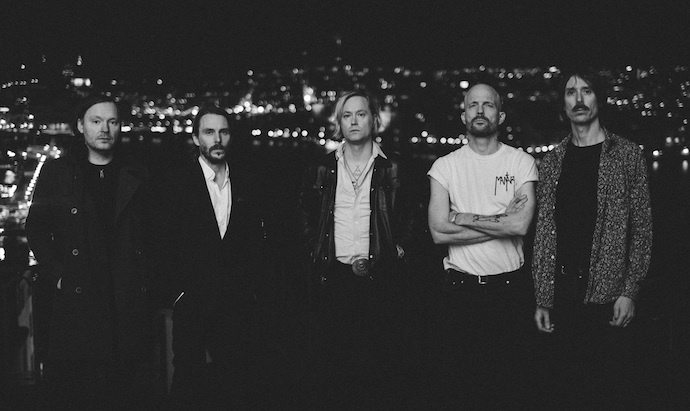 The world has changed since Freedom was released, and the overwhelming majority of that change hasn’t been exactly positive. Frontman Dennis Lyxzen will be the first to remind you of that. War Music begins with a haunting chant from Swedish singer/songwriter Miriam the Believer on opening track “REV001” before exploding into an enormous riff-and-shout wall of sound. It’s quintessential Refused — raw, angry, and relevant as ever.

If there was ever a complaint I had about past Refused albums, it’s that they never seemed to flow the way they should’ve. The standout tracks always felt stuffed into weird places throughout, with the less memorable ones, fewer, as they were, struck me as being featured more prominently. This is decidedly not the case with War Music, as the first five tracks alone provide enough ammo to fully stock a Howitzer. “Violent Reaction” follows “REV001” with a frenetic riff that perfectly complements Lyxzen’s howling calls to arms. “Level it all!” he shouts with conviction, while his bandmates pound away at their instruments with enough reverberating intensity to do just as he commands.

Following that, “I Wanna Watch the World Burn” is just as suitable for the dance floor as it is for a riot. Its danceable passages bring to mind “Liberation Frequency” from The Shape of Punk to Come. Next up, “Blood Red” features lyrics just begging to be shouted by hundreds of other voices during one of the band’s spirited live shows, while album highlight “Malfire” alternates between subdued verses and an absolutely fucking thunderous chorus.

Lyrically, this is probably the most poignant of the band’s discography; musically, it’s a more stripped-down, raw version of its predecessors. Drummer David Sandstrom channels his best Brad Wilk impression and pounds the kit like it’s a fascist at a Trump rally. Guitarists Kristofer Steen and Mattias Bärjed sound like they’ve doubled the size of their amps since Freedom throughout.

The second half of the album continues the trend — put any of these tracks on at any moment, and you’re likely to either catch yourself nodding along to an infectious groove or hatching a plot to smash the patriarchy. Sometimes, both simultaneously. These songs are all masterfully crafted. The key in making War Music stand out from previous Refused albums, though, is the band has polished their signature stop/start jaggedness and injected it with a healthy dose of brevity. The angular riffs, spastic vocals, and rollercoaster song structure are all here, and they make the most out of every moment. You’d be hard-pressed to find a single bit of filler throughout the 10 tracks found on this release.

I’ve said it once in this review already, but it bears repeating — much has changed in the world since Freedom was released in 2015. That comeback album felt like more of a personal statement for the band, in retrospect. But In 2019, War Music somehow accomplishes the feat of sounding more primal and yet even more timely. The stripped-down approach is more akin to the band’s live sound, which Lyxzen himself has said was a primary goal of making this release. Some bands can pull that off, and others can’t get away with it so easily. You can guess which category Refused fall into.

Whatever’s going on in the world, though, one thing stays as constant as ever: Refused aren’t afraid to say what they mean, and if there was ever a time in history when war music was needed, this would be it.