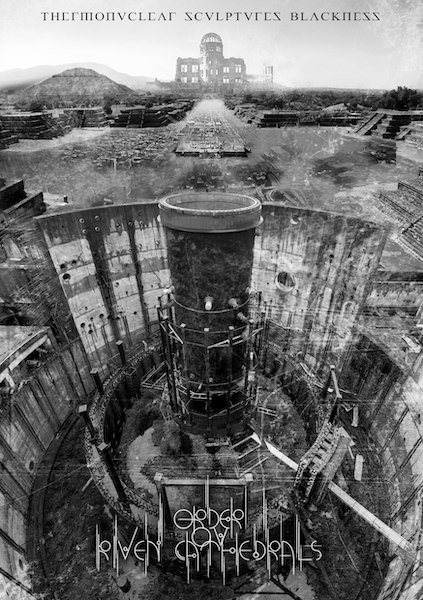 (We present DGR’s review of the new third album by the Italian technical death metal band Order Ov Riven Cathedrals, which will be released at the end of this month.)

The last time we checked in with the mysterious duo behind hyperspeed death metal band Order Ov Riven Cathedrals was as recently as last year, with their second full-length album Gobekli Tepe. That album arrived a little under a year after the group’s debut record, The Discontinuity’s Interlude, which is one hell of a creative pace to try and up-keep, and in some ways Gobekli Tepe reflected that, at times feeling like the duo were stretching themselves a little too thin.

That disc sought to expand upon the musical themes found within its predecessor and saw the group’s sound doing so as well, making usage of multiple samples, a myriad of electronics and synths working their way behind the group’s frenetic pace, about fourteen more minutes’ worth of music, and a new-found obsession with nuclear reactions that has become even more obvious with the group’s newest album – this time with a little more time in the hopper, close to a year and a half.

Thermonvclear Scvlptvres Blackness  – a title befitting the Dimmu Borgir school of “three awesome words as album title” method – seeks to pick up right where its predecessor left off and mostly does just that, with the band’s chosen tempo applying not only to their music but apparently to the release schedule as well. 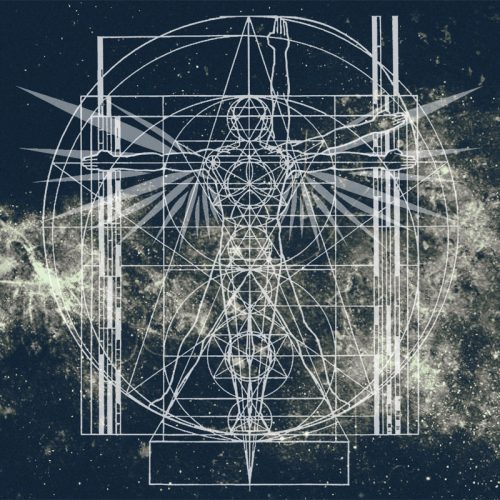 With Thermonvclear Scvlptvres Blackness the band find themselves with an interesting task then, having to prove that they can remain as creatively vibrant as they were with their stunning debut —  or would they once again be straining against their own confines in an effort to have a year-over-year release schedule?

Order Ov Riven Cathedrals don’t reinvent the wheel on Thermonvclear Scvlptvres Blackness. Instead they play it rather close to the chest musically and stick well within their pre-defined comfort zone – even when it comes to the near Nile-esque song titles, wherein most are full sentences (and much like their band name, every instance of the word Of is typeset ‘OV’).

They iterate upon everything they’ve worked on before, and also slowly hew away a bunch of the fat that gathered up on the group’s previous album — bringing Thermonvclear Scvlptvres Blackness more in-line with their debut release than its immediate successor. Nearly every song within Thermonvclear Scvlptvres finds itself building up to an inevitable feeling – ‘boom!’ – and then a torrential downpour of death metal. That was something that The Discontinuity’s Interlude made use of many times.

What’s interesting is that in comparison to the last album, Thermonvclear Scvlptvres doesn’t have the feel of the group stretching themselves too much. They make very sparse usage of samples this time around, and there aren’t too many moments of relative peace. Instead, the duo behind Order Ov Riven Cathedrals generate a really solid groove and stick with it for another batch of death metal about explorative sci-fi and the splitting of the atom. Every song is a pretty dense block, and since the band have declared their love for an extremely high tempo, the listening experience quickly travels into overwhelming and pummeling territory.

In some ways, Thermonvclear Scvlptvres Blackness brings to mind Hellish God‘s release from early last year (The Evil Emanations), wherein the band made it very clear early on exactly what they were going to be about. It was a very clear statement of ‘this is who we are, this is what we will do’ in song form, and you could tell by track four whether that was going to be for you.

The year-over-year release schedule for the Riven Cathedral crew has only emphasized that, and so once you get past the initial buildup in “Drowning Into Darkest Victory”, the foot gets planted on the gas pedal and Thermonvclear Scvlptvres is off to the races – including a handful of aforementioned pyrotechnic booms in “Act Ov Hydrogen” as it lays the foundation of what much of the music will be like this time around – with a heavy emphasis on bringing both the vocal work and guitar work very far forward in the mix.

Funnily enough, there exists a pretty even divide between the more nuclear-science-oriented songs and the more high-concept science fiction and mythology oriented ones, with a real unification point happening later on within “Adjuration To A Neutron Star”, and it seems like the more space and mythology oriented tracks win out in terms of highlights this time around.

“Purification Through The Codes Ov Obedience” shifts multiple times and includes an immensely fun opening that quickly finds itself reprising and weaving throughout the song, its initial start-and-stop prowess proving to be a late-coming highlight after five songs of massive music before it. “Obscuring Uranus’ Gateways” for instance, takes the opposite approach. Coming earlier on in the disc, it goes for a more epic and multi-pronged vocal approach, with big and booming choirs to help bolster the chaos within it.

With three albums under their belt, Order Ov Riven Cathedrals have already amassed an immensely packed collection of music. While the subject matter has ranged from nuclear annihilation to cosmic annihilation to mythological exploration – and possible annihilation – their music has kept a pretty steady pace, and their albums feel like alternate-reality versions of one another.

Thermonvclear Scvlptvres Blackness seems like the most trimmed-down product Order Ov Riven Cathedrals could manage while still delivering an album’s worth of material. It keeps a laser focus and singular purpose, only bookended by an intro and an outro, in the way every release of theirs has done so far. In between are eight incredibly dense blocks of music that hit hard and fast, with enough explosions and electronic pyrotechnics – heavy on the choirs this time – to keep a listener hanging on while the guitars whip around like a flag in a storm.

While the year-over-year schedule can often be break-neck and harrowing – and creativity doesn’t exist in a vacuum, so while some folks can be very successful at being prolific, we are so used to the two-to-three-year album cycle that this band’s pace can leave people a little gun-shy – Order Ov Riven Cathedrals have shown this time around that they still have plenty to work with and dish out. They seem to have quickly found their working boundaries and are now poking and prodding at them to see where their music can take them from there. Thermonvclear Scvlptvres Blackness is a worthy addition to the band’s overall collection while also keeping the future mysterious enough that we’re left curious to see where the band travel next.

The album will be released at the end of November and will be available for purchase, in both physical format and as a digital download, at Bandcamp: