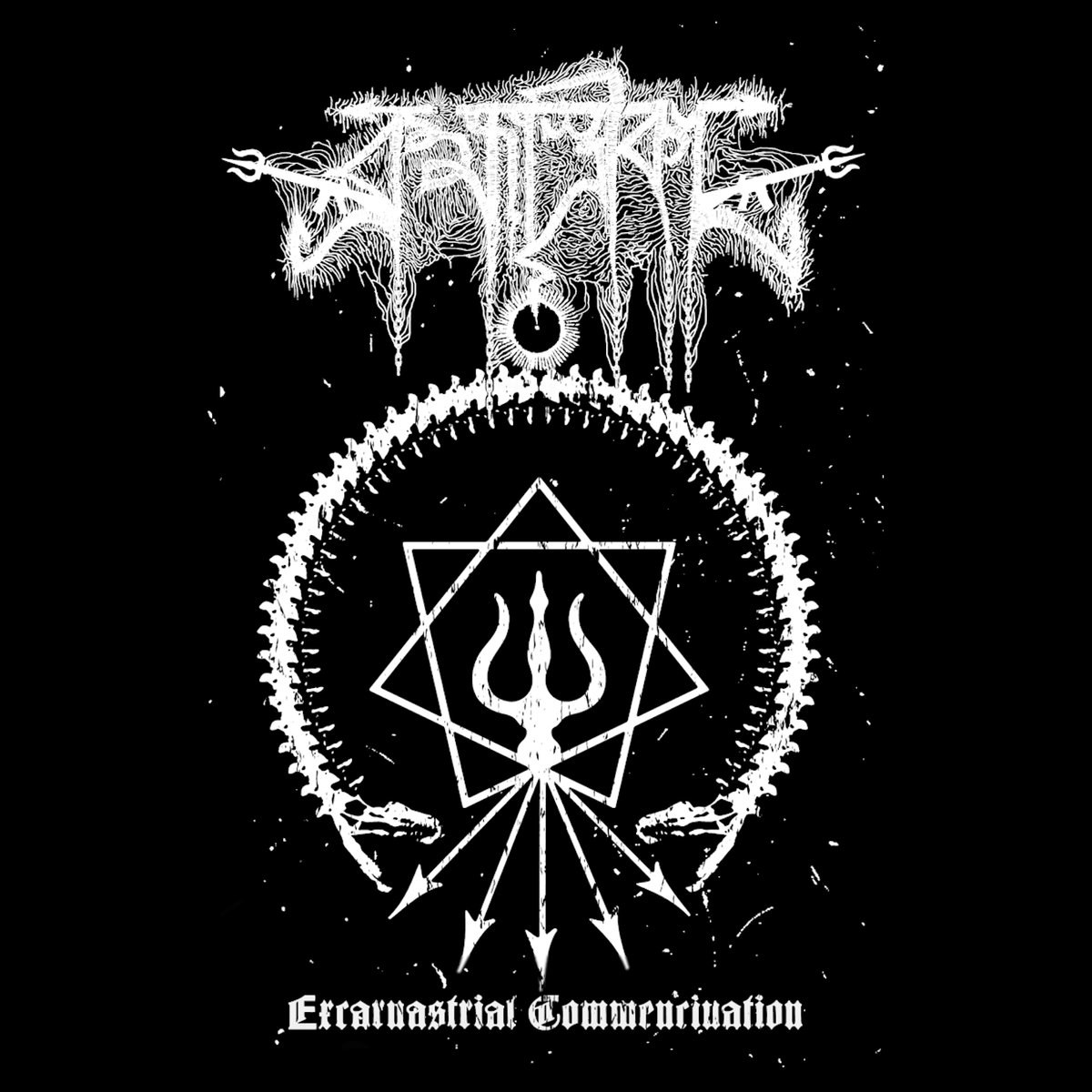 Irradiated… armamentalized… sulphurous…. Those are among the words scattered throughout the five mouth-filling titles of Brahmastrika’s debut demo, the name of which is itself an overflowing platter of suggestive syllables: Excarnastrial Commencination. Those words, combined with others of more obscure and mystical meaning, foretell a sonic immolation of bestial warnoise that seems to draw as much from inhuman demonism as from the human demonology of catastrophic atom-splitting.

We will present all of these ritualistic manifestations of ruination in due course, just days before the demo’s November 18 release by Dunkelheit Produktionen, but can’t resist the temptation to first share more of the band’s bamboozling linguistic formulations concerning their inspirations and the mutilating sensations of their music:

“Brahmastrika was conceived through revelations on the ancient shamshan grounds of Kalikshetra, adi-karmic yantraniti was bestowed on our vessels of flesh to reveal the secrets of the sanatana yudhakarma, through nuclear metal of ultimate death, that has led to the Excarnastrial Commencination demo.

“Cosmic entrapments of Adi-kalpic proportions have been initiated. Paramanobik annihilation rituals are sharpened though bijamantras. Imminent end of cyclic adharma will be executed Without Any Warning!”

Captured with utmost murkiness and channeling sadistic levels of abrasiveness, the tracks intertwine scalding gales of corrosive riffing and rampant percussive pummeling with brute-force, hammering chords and freakish displays of arpeggio-ed insanity.  Thunderous low-frequency upheavals and maniacally crashing cymbals magnify the sense of volcanic obliteration, while the bestiality of the vocals underscores the aura of unhinged violence that radiates from the tracks.

The band do slow their murderous pacing occasionally, but only to drag the listener through charnel pits of festering decay or to methodically beat you senseless, and they also add doses of ritualistic drum-and-bass blows, grotesquely distorted spoken words. ear-shredding feedback, calamitous black noize, and machine-gun snare drum mayhem.

The entire experience is severely disruptive and demolishing, capped by a 10-minute free-form angel-mutilating monstrosity named “Sulphurous Detonations Engulf the Throne of Elohim”, parts of which are capable of getting your head banging hard, as well as driving you to cower in abject fear, or lashing you with heavy scourges on a hopeless death march, or summoning visions of the apocalypse

Excarnastrial Commencination was arranged and recorded in in the Trenches Of Anga, and includes artwork and layout by Adim Ashtakam Art and Qayin Mandala Graphex. Dunkelheit Produktionen will release the album on November 18th exclusively on cassette tape (limited to 150 copies). Pre-order via the link below.