The digital version of Enslaved’s most recent album, 2017’s E, included a bonus track, which wasn’t part of the promo we received in advance of the album’s release, or on the vinyl edition. Looks like the bonus song was also included on most of the CD editions of the record. I never heard it until last Tuesday, when it became the subject of a video that Nuclear Blast released as a way of celebrating Enslaved’s re-signing with that label for whatever they do next. Now I can’t get this song out of my head. 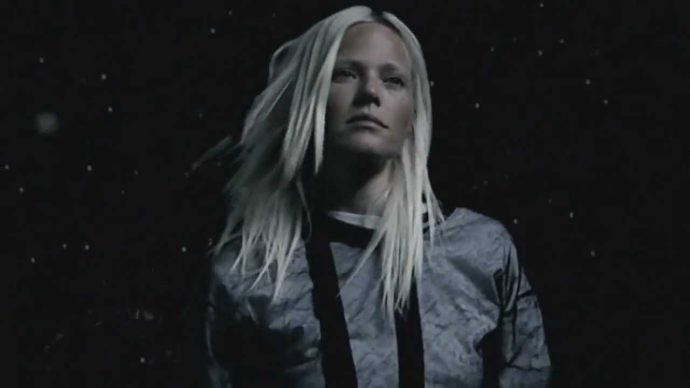 The song, “What Else Is There“, is a cover. The original was released a decade ago by a Norwegian electro-pop band named Röyskopp, and features a guest appearance by Fever Ray (aka Karin Elisabeth Dreijer Andersson), lead vocalist of the electronic duo The Knife. After hearing Enslaved’s cover I tracked down the original, which was also first released with a video, and that video is just about as riveting to watch as the one for Enslaved’s cover, and maybe more so.

The original song reminds me of an amalgam of Mastodon’s “Crack the Sky” and Kate Bush‘s “Running Up That Hill”, and something else I haven’t yet identified. It’s damned catchy, but also weirdly intense in a way that makes it appealing to a devotee of musical extremity (i.e., me). I’m not surprised that Enslaved must have liked it too. But I do prefer their cover.

The bass-and-drum rhythm of the cover, which is what reminds me of “Running Up That Hill”, is reflexively head-moving, but there’s a searing quality to the riffing. The soaring chorus melody (which reminds me of “Crack the Sky”) is just as catchy as in the original, though here it’s voiced through a combination of harsh vocals along with Håkon Vinje‘s clean ones.

The appearance of this next song was a bittersweet occurrence. Bitter, because it is the last recording by the remarkable genre-bending Russian band Grey Heaven Fall (whose last album, 2015’s Black Wisdom, I reviewed at great length here). And sweet, because the song is outstanding.

The song’s name is “Дыхание Логоса“, and it beautifully combines lush, sweeping, sorrowful melody, hammering drive, and scorching vocal intensity (both harsh and clean). Those waves of melody have the capacity to sweep you off your feet, combining sensations of wonder and grief, though the music becomes more depressive, though no less mesmerizing, as the hurtling drum beat slows. The band also interweave riffing that builds a feeling of desperation and a pulsing, piercing melodic refrain that makes an immediate impact — and there’s an epic guitar solo at the end that’s fantastic.

It’s intense music, though filled with dynamic changes — beautifully written and performed — and it leaves long-lingering memories. It’s indeed sad that the band have decided to end their journey together, but they’ve left us with a great reminder of their prowess, and I hope it will cause new listeners to discover Black Wisdom and what came before it as well.

Like Black Wisdom, “Дыхание Логоса” was released by Aesthetics of Devastation (on November 13th), and it’s available digitally on Bandcamp. It was also released on limited-edition cassette tapes, and I’m not sure if any copies remain, but to find out, e-mail the label here: 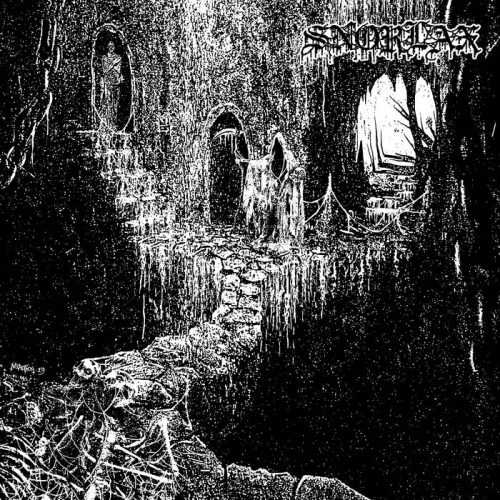 Snorlax is the one-man “death/grind” project of Brendan Auld, who is head of Black Blood Audio in Australia and a member of Descent, Siberian Hell Sounds, and Consumed. Snorlax released a demo last year named Splintering (via Caligari Records), and now will release a debut album entitled II through Brilliant Emperor Records on January 10th.

The track below, “The Chaos Ov Iron Oppression“, is a multi-faceted affair. It builds tension through delirious, needling riffage and blasting/pounding percussion. Auld‘s deep roaring growls and shattering shrieks magnify that tension, and the music also drives it to further heights of intensity, though Snorlax also shifts gears repeatedly, introducing a new melodic riff that seems brighter and more hopeful — and also pulling the music into more despairing territory. Through all these changes, the music’s intense emotional power maintains a vice-like grip.

Not familiar with the band’s previous output, I lifted that “death/grind” description from a press release, but I don’t think it fits this song, which I would describe as a combination of black and death metal, with a depressive cast and a gift for both memorable melody and atmosphere-building. It will be interesting to hear what else the album holds in store.

The album can be pre-ordered from Brilliant Emperor on vinyl, and from the band digitally. 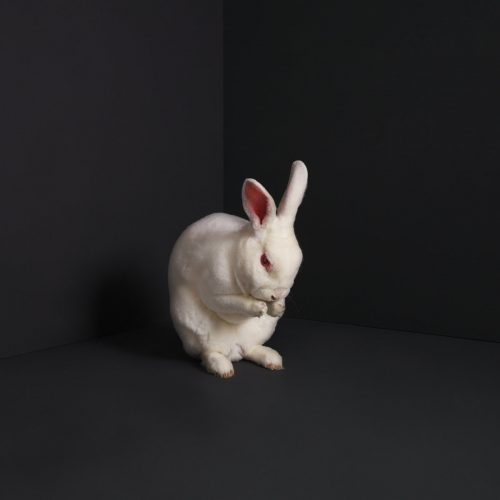 November 22 is the release date (via Magnetic Eye Records) for a new album by the San Francisco-based doom trio Brume. The band’s first two releases were named Donkey and Rooster. This one is named Rabbits. For reasons I can’t quite articulate, I love the album cover. Maybe I love it because it’s mysterious, or ambiguous, or maybe because it doesn’t quite prepare you for the harrowing music within, which could serve as the soundtrack to the kind of terrifying rabbit existence depicted in Watership Down.

I write those words based only on the two tracks I’ve heard so far, which are up on Bandcamp. “Scurry” is a mid-paced heavy-weight crusher, a gigantic head-mover, and for all the bleakness in its core riffing, a damned catchy song.  Susie McMullan‘s intense, sky-high vocals are amazing, creating a searing contrast with the mountainous heaving momentum beneath them, and when the lead guitar trades places with her, it’s a beautiful evolution.

Past the mid-point, the intensity of the song diminishes, and a different and more soulful dimension emerges from McMullan‘s voice, while the surrounding music becomes more dreamlike, but still harrowing, still doomed. Ultimately, the song crushes again, though more slowly, and this time it’s the soul that’s crushed, as well as the cranium.

I’ll tell you right now, since we’re nearing year-end, “Scurry” has already earned a place on my forthcoming Most Infectious Song List. The other song now available for listening, “Lament“, is longer and uses that extra time to build a grander edifice. The long instrumental opening is bright in its sound and hypnotizing in its effect, though it will get your head moving too. When McMullan‘s voice emerges, it’s again beautifully soulful, and guitarist Jamie McCathie‘s voice again creates an enticing harmony with her.

This prelude is quite good on its own, but it’s leading us somewhere. The vocals and the instruments gradually build in intensity, as a teaser of what will eventually come. Through another instrumental passage, the music becomes more moody and also more mystical, and then we begin climbing the craggy, broken hill again. McCathie‘s riveting solo pulls us upward, while McMullan‘s bass and the hard-hitting drumwork of Jordan Perkins-Lewis bring the neck-wrecking sledgehammers down. Before the end, when the drum pattern changes, we discover yet another dimension of McMullan‘s voice, one which reminded me of Janis Joplin, backed by soaring voices.